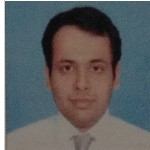 2. The Banning of Unregulated Deposit Schemes Bill, 2019 was passed by the Parliament on 13.02.2019 but the same could not be taken up for consideration by the Rajya Shabha, therefore the said law has been enacted through an ordinance promulgated by the Hon'ble President of India.

4. The ordinance issued under clause (1) of Article 123 of The Constitution of India holds the same force as an Act of Parliament.

To whom this ordinance applies?

This ordinance applies to those deposit takers who are in the business of taking or accepting deposits whether through unregulated or through regulated deposits schemes.

What has been banned?

On and from 21-02-2019, 'Unregulated Deposits Schemes' have been banned. Where deposit takers are in the business of acceptance or solicitation of deposits and which is not a regulated deposit scheme, the same has been banned.

What are Unregulated Deposits Schemes?

Unregulated Deposits Schemes or arrangement under which deposits are accepted or solicited by any deposit taker by way of business and which is not a regulated deposit scheme, as specified under Column (3) of the First Schedule.

What are Regulated Deposits Schemes?

Regulated deposits schemes are schemes specified under column (3) of the First Schedule to this ordinance. In general, there are the schemes which are regulated by SEBI, RBI, IRDA, State Government or UT government, National Housing Bank, Pension Fund Regulatory and Development Authority, EPFO, Central Registrar, Multistate Cooperative Societies, MCA and any scheme notified by central government or deposits accepted under any scheme registered with any regulatory body constituted under a statute.

What Shall Constitute as a Deposit?

Deposit as per this ordinance means an amount of money received by way of advance or loan or an in any other form with a promise to return whether after a specified period or otherwise either in cash or in kind or in form of specified service with or without any benefit in form of interest, bonus, profit or in any other form. It will include money taken in following forms:-

which is taken with a promise to return whether after a specified period or otherwise either in cash or in kind or in form of specified service, whether interest bearing or free of interest, whether with any benefit in form of bonus or profit or in any other form.

Money Receipts No To Be Treated As Deposits

Thus, deposits from Foreign Citizen and person Resident outside India subject to the provisions of FEMA, 1999 and Rules and Regulations there under are not deposits.

Relatives for the purpose of this ordinance, monies received from whom not to be treated as deposits.

(i) they are members of a Hindu Undivided Family;
(ii) they are husband and wife; or

A person shall be deemed to be the relative of another, if he or she is related to another in the following manner, namely: -

(i) an individual;
(ii) a Hindu Undivided Family;
(iii) a company;
(iv) a trust;
(v) a partnership firm;
(vi) a limited liability partnership;
(vii) an association of persons;
(viii) a co-operative society registered under any law for the time being in force relating to co-operative societies; or
(ix) every artificial juridical person, not falling within any of the preceding sub-clauses;

(i) payment, advance or part payment for the supply or hire of goods or provision of services and is repayable in the event the goods or services are not in fact sold, hired or otherwise  provided;

(iii) security or dealership deposited for the performance of the contract for supply of goods or provision of services; or

(iv) an advance under the long-term projects for supply of capital goods except those specified in item (ii):

Provided that if the amounts received under items (i) to (iv) become refundable, such amounts shall be deemed to be deposits on the expiry of fifteen days from the date on which they become due for refund:

Provided further that where the said amounts become refundable, due to the deposit taker not obtaining necessary permission or approval under the law for the time being in force, wherever required, to deal in the goods or properties or services for which money is taken, such amounts shall be deemed to be deposits.

Amount received in the course of, or for the purpose of, business and having a genuine connection to such business.

'Clause l' specifies four inclusive items received in the course of or for the purpose of business and bearing a genuine connection to such business not to be treated as a deposit. It is a inclusive definition

This article is written by Manu Gawri and CS. Bharti Malik. The authors can be reached at Information.rkg@gmail.com