What is Taxpayers Charter?

With the launch of the Transparent Taxation Platform, faceless assessment and taxpayers charter has come into force in India from 13/08/2020. Faceless scrutiny will come into force on the 25th of September.

Union Finance Minister Nirmala Sitharaman in her Budget speech announced that CBDT will adopt a Taxpayer's Charter. She went on to explain 'an important aspect of both ease of living & ease of doing business is fairness & efficiency of tax administration. We wish to enshrine in the statutes an 'Taxpayer charter' through this budget . Our government would like to reassure taxpayers that we remain committed to taking measures so that our citizens are free from harassment of any kind. 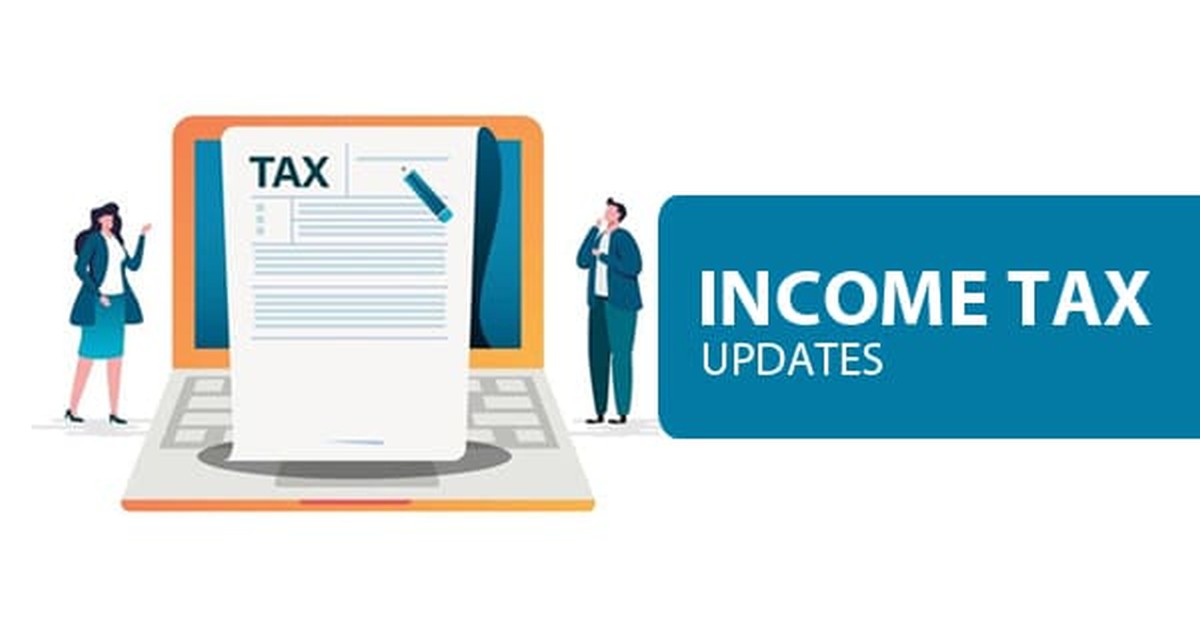 In her post budget interaction she went on to elaborate the objective which is to respect the taxpayers and honour them for their commitment to nation building. The objective is indeed noble & will create a climate of trust & confidence amongst the taxpayers which is seen to be lacking. In the recent past some of the Industry & trade bodies had raised the issue of Tax Terrorism & blamed the Government for few unfortunate incidents of unnatural deaths caused due to Income Tax departments notices & assessment proceedings. While this could be one of the reasons & many more , the government needs to be complimented for coming out with this Novel approach which will go a long way in improving the trust & confidence amongst the Taxpayers which in turn will lead to greater Compliance & more importantly bringing larger number of citizens under the tax net which is one of the key objectives of the government. More importantly The Treaty will be an important step in Ease of doing business & attracting new investments specially Foreign investments.

CBDT Chairman in a discussion on Union budget mentioned that as a Regulator CBDT will ensure that the Treaty would go to projecting it as a Tax Facilitator rather than a Tax Enforcer. He further elaborated mentioningthat the Treaty will be soon put up in Public Domain.

It is gratifying to note that India will be the Fourth Country to take this step after US, Canada & Australia which have already incorporated the rights of taxpayers. So very few countries in the world have taken this important step of empowering its citizens & that should be a matter of great satisfaction to Indians.

While the details of the Treaty are not spelt out by the Government so far, It will be worthwhile to look at the Treaty rolled out by these three Countries (Canada, US & Australia) to understand what we could look forward to & expect from this Important Piece of Legislation.

Canada has Rolled out Taxpayer Bill of Rights which defines 16 rights which one is entitled to while dealing with Canada's Revenue Agency (CRA). These 16 Rights are asunder:

1. Right to Receive entitlements (benefits, Credits & refunds)& to pay no more and no less than what is required by law .
2. Right to service in both official Languages (English or French) .
3. Right to Privacy &Confidentiality.
4. Right to a formal review & a subsequent appeal.
5. Right to be treated Professionally, Courteously & fairly.
6. Right to complete,accurate, clear & timely information.
7. Right, unless otherwise provided by law, not to pay income tax amounts in dispute before you have had an impartial review .
8. Right to have the Law applied consistently.
9. Right to lodge a service compliant and to be provided with explanation of CRA findings.
10. Right to have the costs of compliance taken into account when administering Tax legislation.
11. Right to expect CRA to be accountable.
12. Right to relief from penalties and interest under tax legislation because of extraordinary circumstances.
13. Right to expect from CRA to publish its service standards& report annually.
14. Right to expect CRA to warn the tax payers about questionable tax schemes in a timely manner.
15. Right to be represented by a person of Assesse's Choice.
16. Right to lodge a service compliant or request a formal review without fear of reprisal.

Further CRA has rolled out specific Commitments to small Businesses. It says that CRA will help reduce the costs of small businesses incur to pay their taxes by simplifying and reducing the frequency of their interactions with it and by improving communication with all small businesses. This lets small businesses focus their energy & resources on what they do best: creating jobs and growth for the Canadian economy.

US has Taxpayer Bill of rights - Popularly known as TABOR. This was passed by Congress in 1988 and subsequently amended in 1996 & mainly ensures taxpayers of fair treatment during audits and assessments. For example, the law gives tax payers 10-21 days to meet payment demands without incurring interest , depending on the amount owed . It restricts the tax agency's liability to impose property liens. And further, it requires US Internal Revenue Service ( IRS) to prove its case against a taxpayer, or refund the taxpayer for attorney's fees, among other requirements. 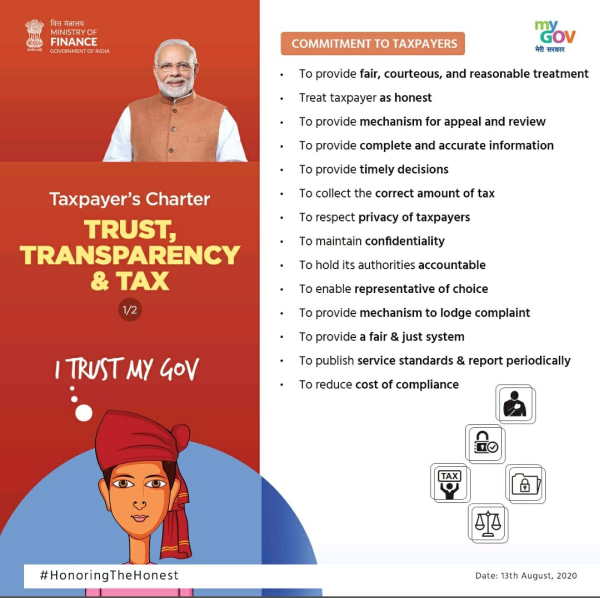 Australia Taxation office (ATO) has rolled out Taxpayers Charter outlining the Rights of taxpayers. It says that its relationship with taxpayers are based on mutual trust & respect. More specifically it spells out Taxpayers rights as under:

1. Treat you fairly & reasonably.
2. Treat as being honest unless you act otherwise.
3. Offer you professional service & assistance.
4. Accept you can represented by a person of your choice and get advice.
5. Respect your privacy.
6. Keep the information we hold about you confidential
7. Give you access to information we hold about you .
8. Help you to get things right.
9. Explain the decisions we make about you.
10. Respect your right to review.
11. Respect your right to make a compliant.
12. Make it easier for you to comply.
13. Be accountable.

One would like to see a more robust & useful Taxpayer charter by rolled out by the Government which would be implemented in letter and spirits to encourage the Taxpayer to be honest & Tax compliant & serving the national cause.

An Insight into Glitches in New Income Tax Portal 2.0 and Solutions