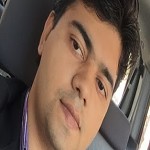 Person not liable to be registered under existing law But liable in GST, shall be entitled to take, in his electronic credit ledger, credit of eligible duties in respect of inputs held in stock and inputs contained in semi-finished or finished goods held in stock on the appointed day, subject to the following conditions, namely:

(i) Such inputs or goods are used or intended to be used for making taxable supplies under this Act;

(ii) Eligible for input tax credit on such inputs under this Act;

(iii) Possession of invoice or other prescribed documents evidencing payment of duty under the existing law in respect of such inputs.

(iv) Such invoices or other prescribed documents were issued not earlier than twelve months immediately preceding the appointed day.

(v) The supplier of services is not eligible for any abatement under this Act.

• Provided that where a registered person (TRADER ONLY), is not in possession of an invoice or any other documents evidencing payment of duty in respect of inputs, Then also, such CREDIT shall be allowed at 40 % of CGST and shall be credited after the central tax payable on such supply has been paid.

• The scheme shall be available for six tax periods from the appointed date.

- Such goods were not wholly exempt from duty of excise or NIL rated goods.

- Document for procurement of such goods is available with the registered person.

- Registered person submits a statement in FORM GST TRAN at the end of each of the six tax periods during which the scheme is in operation indicating therein the details of supplies of such goods effected during the tax period.

- The stock of goods on which the credit is availed is so stored that it can be easily identified by the registered person.

THANKS FOR READING MY ARTICLE,