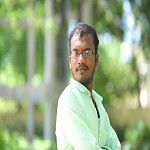 
The Central Government may, by notification establish an Appellate Tribunal known as Securities Appellate Tribunal to exercise the jurisdiction, powers and authority conferred on such tribunal under the SEBI Act, 1992 or any other law for time being in force.

The Presiding officer of SAT shall be appointed by the Central Government in consultation with the Chief Justice of India or his nominee.

The two members of SAT shall be appointed by the Central Government.

Presiding Officer Earlier of the two

Members Earlier of the two

The SAT shall have, for the purpose of discharging their functions under this Act, the same powers as are vested in a civil court under the code of civil procedure 1908 while trying a suit, in respect of the following matters namely -

• Requiring the discovery and production of documents

• Issuing commissions for the examination of witnesses or documents

• Dismissing an application for default or deciding it ex-parte

• By an order of SEBI made, under this act , or

• By an order made by an adjudicating officer under this act, may prefer an appeal to a SAT having jurisdiction in the matter.

Every appeal shall be filed within 45 days from the date on which a copy of the order made by SEBI or the adjudicating officer is received by him and accompanied by such form and fees as may be prescribed. The SAT may entertain an appeal after the expiry of the said period of 45 days if it is satisfied that there was sufficient cause for not filing it within that period.

The appeal shall be made in 3 copies, with additional copies for each additional respondent. Appeal shall be signed by the authorized person. On receipt of the appeal, the SAT may, after giving the parties to the appeal an opportunity of being heard, pass such order thereon as it thinks fit, confirming, modifying or setting aside the order appealed against and such appeal shall be disposed within 6 months from the date of receipt of the appeal. How to appear before SAT Appearance before SAT may be either in person or through authorized person being a Chartered Accountant, Company Secretary, Cost Accountant or Legal Practitioner. Appeal against the order of SAT Any person aggrieved by any decision or order of the SAT can file an appeal to the Supreme Court. The appeal can be filed only on a question of law. The appeal shall be filed within 60 days from the date of receiving a copy of the decision or order of SAT. The supreme court may allow a further period of 60 days for making an appeal, if it is satisfied that the applicant was prevented by sufficient cause from filing the appeal within the first 60 days.

Civil court not to have Jurisdiction

The author can also be reached at Srinivas.battala77@gmail.com

SRINIVAS B
(CA-FINAL)
Category Others   Report