Secretarial Standards: Stricter norms for conduct of board and shareholders meet 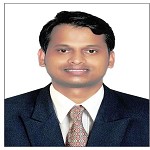 The Institute of Company Secretaries of India (ICSI) has long back introduced some set of rules and norms, which are supplementary to the Companies Act, 1956, called as ‘Secretarial Standards’ and popularly termed as ‘SS’.

In accordance with the requirement of the Section 118(10) of the Companies Act, 2013 (‘the Act’), every Company   required to observe Secretarial Standards with respect to General and Board Meetings specified by the Institute of Company Secretaries of India (‘ICSI’). Insertion of this requirement in the Act is one of the landmark developments for the profession of the Company Secretaries and the ICSI.

The rationale of mandating the compliance of non financial standards would ensure that all companies adopt uniform practice in convening the meetings, agenda items which should be placed before the Board and finalization of minutes etc. Prior to Companies Act, 2013, Standards were recommendatory in nature; however with the advent of Companies Act 2013, Standards have gained legal recognition. Further, the minuscule compliance and good governance would be ensured if companies follow the Secretarial Standards effectively.

b. To promote uniformity and consistency among Secretarial Practice

c. To set a code of conduct

d. To infuse best practices among the professionals

e. To avoid conflict and reduce ambiguity in law

SS-1 :- Standard on Meetings of the Board of Directors

The Secretarial Standard 1 seeks to prescribe a set of principles for convening and conduct of Board Meetings. The principles enunciated in this Standard are equally applicable to the meetings of Board Committees. The Directors owe a duty to the shareholders and should exercise care, skill and diligence in the discharge of their functions and in the exercise of the powers vested in them. All the powers vested to the Directors are exercised collectively. Briefly, the Secretarial Standard 1 provides for the following, amongst others:

Compliance with the strict rules would help strengthen the corporate governance practices and help curb corporate misdoings, would be ensured by the Company Secretaries. These Secretarial Standards would also help boost the investor confidence, particularly the fund’s managers and overseas investors.

As of now we have the Secretarial Standards on the above discussed subjects. One can also think of introducing the same on various other complicated issues such as managerial remuneration, loans and investments, related party transactions etc. These are some areas which surely are debatable. The areas requiring procedural adaptation of uniform practices has been taken care of by the Central Government and ICSI but the areas which are more complex in nature due to the transactions followed by procedures, disclosures and approvals need to be also surely taken care of.