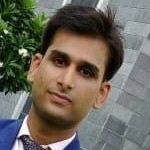 Before the introduction of GST India was a curious mix of taxation laws, some aligned to global standards, and some not. Traditionally having had a reputation of a difficult tax regime, efforts are being taken to showcase India’s progress in improved ranking in Ease of Doing Business (EoDB).However post implementation of GST, one of the biggest concern for both government and taxpayer is the pending legacy indirect tax litigation as most of these comprised of frivolous cases. To corroborate this one of the most important stat is that more than 85% of cases were decided in favour of the taxpayers. Moreover, as more than INR3.75 lacs crore in 1.50 lacs indirect tax cases are pending before Commissioner (Appeals), CESTAT, High Court and Apex Court, hence, these pending legacy indirect tax litigation required immediate redressal, which has been rightly done by the government.

What are the tax dues or arrears of tax dues on which the Scheme is applicable and how much is the amount of relief?

What is the relief under the scheme in relation to Interest and penalty?

At this juncture, it is important to note here that in the whole section 123 of the Finance Bill, 2019, which quantifies the amount of relief under this scheme, no direct reference has been made in relation of relief of Interest and penalty (other than the cases where the SCN is not solely for penalty or late fees).

However, it is requisite here to discuss the provisions of section 128 of the Finance Bill, 2019, the same is reiterated for sake of your reference-

(1) “Every discharge certificate issued under section 126 with respect to the amount payable under this Scheme shall be conclusive as to the matter and time period stated therein, and–

(a) The declarant shall not be liable to pay any further duty, interest, or penalty with respect to the matter and time period covered in the declaration;”

It may be noted from bare perusal of above that although scheme does not specifically mention about waiver of interest and penalty, rather it states that “declarant shall not be liable to pay any further duty, interest, penalty”. Further, notes to clause of the Finance bill, 2019 (page 107) states that-

“The Scheme is a one time measure for liquidation of past disputes of Central Excise and Service Tax as well as to ensure disclosure of unpaid taxes by a person eligible to make a declaration. The Scheme shall be enforced by the Central Government from a date to be notified. It provides that eligible persons shall declare the tax dues and pay the same in accordance with the provisions of the Scheme. It further provides for certain immunities including penalty, interest or any other proceedings under the Central Excise Act, 1944 or Chapter V of the Finance Act, 1944 to those persons who pay the declared tax dues.”

Given this, as the liability is limited to ‘amount payable’, one can construe that interest and penalty are waived. However, a specific CBIC clarification on this aspect will be welcome.

What will be the treatment of pre-deposit made at any stage of appellate proceedings or as deposit during enquiry, investigation or audit?

In accordance with provisions of section 123(2) of the Finance bill, 2019, the relief to be calculated above shall be subject to the condition that pre-deposit and deposit made shall be deducted while computing the relief.

However, the scheme is not clear with reference to whether the deduction in relation to relief is to be made pre or post the computation of relief, hence as specific CBIC clarification in this regard will be welcome.

Who are not eligible for declaration under the Scheme?

(a) who have filed an appeal before the appellate forum and such appeal has been heard finally on or before the 30th day of June, 2019;

(b) who have been convicted for any offence punishable under any provision of the indirect tax enactment for the matter for which he intends to file a declaration;

(c) who have been issued a show cause notice, under indirect tax enactment and the final hearing has taken place on or before the 30th day of June, 2019;

(d) who have been issued a show cause notice under indirect tax enactment for an erroneous refund or refund;

i. after being subjected to any enquiry or investigation or audit; or
ii. having filed a return under the indirect tax enactment, wherein he has indicated an amount of duty as payable, but has not paid it;

(g) who have filed an application in the Settlement Commission for settlement of a case;

(h) persons seeking to make declarations with respect to excisable goods set forth in the Fourth Schedule to the Central Excise Act, 1944;

It is pertinent to note here that plain reading of language suggest that this scheme is not applicable in case SCN is issued for refunds even in the cases where the refund has been withheld on account of reasons such as classification issues, ITC ineligibility etc.

Moreover, one of the most contentious issue which might arise here is that in relation to the disputes which have been heard finally, no parameters has been defined for judging when any dispute will be treated as being finally heard, hence this also requires some clarification.

How the amount to be paid after deducting relief will be verified and confirmed?

The designated committee shall verify the correctness of the declaration, however no verification is required in case where a voluntary disclosure of the amount of duty has been made by the declarant.

If the amount estimated by the designated committee is equal to the amount calculated by the declarant then the amount payable shall be communicated electronically within 60 days from the date of receipt of declaration.

The amount payable above shall be paid electronically through internet banking within 30 days from date of receipt of statement mentioned hereinabove.

What will be the position of Appeal filed before any Appellate forum?

If an appeal or reference or a reply to the show cause notice against any order or notice is pending before the appellate forum, (Other than the Supreme

Court or the High Court) then, such appeal or reference or reply shall be deemed to have been withdrawn.

Moreover, in case declarant has filed a writ petition or appeal or reference before any High Court or the Supreme Court then the declarant is required to file an application before such High Court or the Supreme Court for withdrawing such writ petition, appeal or reference and he is also required furnish proof of such withdrawal to the designated committee.

On payment of the amount payable and production of proof of withdrawal of appeal the designated committee shall issue a discharge certificate in electronic form, within 30 days.

Whether the statement of amount payable issued by the committee can be rectified?

The Committee has power to rectify on being pointed out by declarant or suo moto any arithmetical or clerical errors which is apparent on the face of record within 30 days of the date of issue of a statement.

What is the effect of issuance of discharge certificate?

What are the restrictions under the Scheme in relation to the amount payable?

Moreover, in case any pre-deposit or other deposit already paid exceeds the amount payable the difference will not be refunded.

The intention of the scheme is to provide quick resolution of earlier legacy disputes. Hence, this is a welcome move to diminish, resolve and settle the litigation of legacy cases. However, it is anticipated that various amendments will be done in the Bill to remove the difficulties as well as anomalies and to provide chance to even honest taxpayers who want to declare voluntarily, before the bill takes the shape of an Act.

DISCLAIMER: The entire contents of this document have been developed on the basis of relevant statutory provisions and as per the information existing at the time of the preparation. Though the authors have made utmost efforts to provide authentic information however, the material contained in this document does not constitute/substitute professional advice that may be required before acting on any matter. The authors expressly disclaim all and any liability to any person who has read this document, or otherwise, in respect of anything, and of consequences of anything done, or omitted to be done by any such person in reliance upon the contents of this document.