Return of Income on Expense Basis 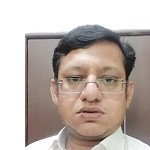 
Section 139(1)(b) mandates that every person being a person other than a company or a firm, if his total income or the total income of any other person in respect of which he is assessable under this Act during the previous year exceeded the maximum amount which is not chargeable to income-tax shall, on or before the due date, furnish a return of his income or the income of such other person during the previous year, in the prescribed form and verified in the prescribed manner and setting forth such other particulars as may be prescribed.

Now the Budget 2019 has provided certain exceptions to this by inserting a proviso to this section which prescribes as :

"Provided also that a person referred to in clause (b), who is not required to furnish a return under this sub-section, and who during the previous year -

(i) has deposited an amount or aggregate of the amounts exceeding one crore rupees in one or more current accounts maintained with a banking company or a co-operative bank; or

(ii) has incurred expenditure of an amount or aggregate of the amounts exceeding two lakh rupees for himself or any other person for travel to a foreign country; or

(iii) has incurred expenditure of an amount or aggregate of the amounts exceeding one lakh rupees towards consumption of electricity; or

(iv) fulfils such other conditions as may be prescribed,

shall furnish a return of his income on or before the due date in such form and verified in such manner and setting forth such other particulars, as may be prescribed.";

Similar amendment has also been made to sixth proviso to Section 139(1), in which following words has been inserted:

which means that persons claiming benefit under section 54/54B/54D/54EC/54F/54G has to see whether their return of income before claiming any exemption under these sections exceeds maximum amount not chargeable to tax, then filing of return of income is mandatory now.

Thus, an attempt has been made by the Government to cover more and more person within the tax net by making filing return of income mandatory in various situations as discussed above.