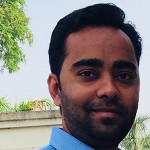 This has replaced Section 560 of erstwhile Companies Act, 2016.

Ministry of Corporate Affairs has also notified Companies (Removal of Names of Companies from the Register of Companies) Rules, 2016 on 27th December, 2016.

Manner of removal of name of the company form the Register of Companies;

1. By Registrar of Companies on suo-moto basis.
2. By Application of Company for removal of name.

1. Events when Registrar of Companies can remove the name of the Company by suo-mot;

2. By Application of Company for removal of name;

A Company may, after extinguishing all its liabilities, by a special resolution or consent of seventy five percent members in terms of paid-up share capital, file an application in the prescribed manner to the registrar for removing the name of the company from the register of companies on all or any of the grounds mentioned in point No. 1 and 2 mentioned above in Form STK - 2 prescribed under the rules made there under which is under development and would be deployment by some time as per the clarification given in notification by the MCA dated 26th December 2016.

If a Company is registered under a special Act, approval of the regulatory body constituted or established under that Act shall also be obtained and enclosed with the application.

(ii) companies that have been delisted due to non-compliance of listing regulations or listing agreement or any other statutory laws;

(vi) companies against which any prosecution for an offence is pending in any court;

(vii) companies whose application for compounding is pending before the competent authority for compounding the offences committed by the company or any of its officers in default;

(viii) companies, which have accepted public deposits which are either outstanding or the company is in default in repayment of the same;

(ix) companies having charges which are pending for satisfaction; and (x) companies registered under section 25 of the Companies Act, 1956 or section 8 of the Act.

Restriction on making application under section 248 in certain cases
Ref: Sec. 249 of the Companies Act, 2013

An application by the company under section 248 shall not made if, at any time in the previous three months, the Company fall in the following condition -

1. The Company has changed its name or shifted its registered office from one state to another

3. The Company has engaged in any other activity except the one which is necessary or expedient for the purpose of making an application under that section.

4. The Company has made an application to the Tribunal for the sanctioning of a compromise or arrangement and the matter has not been finally concluded.

5. The Company is being wound up under the Chapter XX, whether voluntarily or by the tribunal.