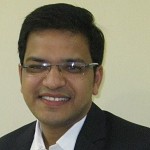 1. Sale, Purchase or Supply of any goods or materials directly or through appointment of agents

2. Selling or otherwise disposing of, or buying property of any kind directly or through appointment of agents

3. Leasing of property of any kind

4. Availing or Rendering of any services directly or through appointment of agents

5. Appointment to any Place of Profit in the company , its Subsidiary Company or Associate Company

6. Remuneration for underwriting the subscription of any securities or derivatives thereof of the Company

If the Transaction is not a specified transaction, then company can enter into such transaction with related parties

MEANING OF REALTED PARTY AND RELATIVES

Related Party As per Companies Act, 2013

A) a director or his relative

B) key managerial personnel or his relative

C) a firm, in which a director, manager or his relative is a partner

D) a private company in which a director or manager is a member or director;

E) a public company in which a director or manager is a director or holds along with his relatives, more than two per cent. of its paid-up share capital;

G) any person on whose advice, directions or instructions a director or manager is accustomed to act:

Provided that nothing in sub-clauses (vi) and (vii) shall apply to the advice, directions or instructions given in a professional capacity

H) any company which is:

i) a holding, subsidiary or an associate company of such company; or

I) Such other person as may be prescribed

As per Companies (Specification of definition details) Rules, 2014 for the purpose of clause (ix) above a director or key managerial personnel of the holding company or his relative with reference to a company, shall be deemed to be a related party.

*MCA has proposed to issue under Section 470(1) of the Companies Act’2013 an order which may be called Companies 1st (Removal of Difficulties) Order, 2014 which clarifies related party as mentioned in (v) above would be” a public company in which a director or manager is a director and holds along with his relatives, more than two per cent. of its paid-up share capital”

RELATIVES AS PER COMPANY ACT, 2013

Relative with reference to any person, means anyone who is related to another, if:

i) they are members of a Hindu Undivided Family;

ii) they are husband and wife; or

As per Companies (Specification of definition details) Rules, 2014 for the purpose of clause (iii) above, a person shall be deemed to be relative of another, if he or she is related to another in the following manner, namely:-

Thus, Ordinary course of business means the Company regularly carries on business or regularly trades in such field & Arm’s length basis means the transactions should be independent and is being done on same terms and conditions as if done with some unrelated party.

Hence, if a particular transaction meets both the criteria, only Audit Committee approval is required (Section 177) for entering into the transaction.

Prior Consent of the Board is to be accorded by a resolution at a board meeting.

Disclosure in the Board Meeting:

ii) the name of the related party and nature of relationship;

iv) the material terms of the contract or arrangement including the value, if any;

v) any advance paid or received for the contract or arrangement, if any;

vi) the manner of determining the pricing and other commercial terms, both included as part of contract and not considered as part of the contract;

vii) whether all factors relevant to the contract have been considered, if not, the details of factors not considered with the rationale for not considering those factors; and

viii) any other information relevant or important for the Board to take a decision on the proposed transaction.

Approval of Audit Committee is to be taken for all transactions (Section 177).

Prior approval of shareholders is required (Special Resolution), if the company has:

Paid up Share capital of the Company is Rs. 10 Crore or more,OR

The explanatory statement to be annexed to the notice of a general meeting convened pursuant to section 101 shall contain the following particulars namely:

i) name of the related party ;

ii) name of the director or key managerial personnel who is related, if any;

iv) nature, material terms, monetary value and particulars of the contract or arrangement;

Shall be voidable at the option of the Board

And if the contract or arrangement is with

-Related party to any director or

-Authorised by any other director

The director concerned shall indemnify the company against any loss incurred by it.

Company can proceed against a director or any employee who entered into such contract or arrangement in contravention of the provisions of this section for recovery of losses sustained by it.

All content provided in this article is for informational purposes only. The owner of this blog makes no representations as to the accuracy or completeness of any information on this site or found by following any link on this site.

This terms and conditions is subject to change at anytime with or without notice.