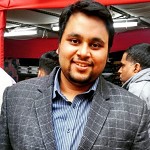 Goods & Service Tax (in short GST) which gained its fate on 1st July 2017, have undergone various changes & faced different issues while implementing the new statue. Amongst others, one of the core area i.e. 'Refund under GST' on various aspects have also intervened with changes in law as well as its forms.

At this juncture, various issues that came in notice of CBIC have been dealt to a great extent with time. Continuing the same another circular has been issued on 31st March 2020 addressing various issues & discrepancies faced by department, taxpayers, and directions received from courts.

Recently on 31st March 2020, CBIC exercising its power conferred under S. 168(1) of Central GST Act' 2017 (in short CGST) have issued a Circular No.-135/05/2020-GST. This circular has been issued in continuation of the Master Circular No. 125/44/2019-GST dated 18th Nov' 2019. Various issues have been highlighted therein, with its solution & also certain alteration in master circular have been carried. In this compilation, an attempt is made to explain the issue & clarification along with examples wherever possible with a short comment regarding the effect of change.

i) At the outset, provisions under GST didn't allowed taxpayer for clubbing of tax period across financial years for claiming refund application. (Say application from Jan'2018 to Dec' 2018 cannot be filled since it is crossing two financial year.) The same stand was taken in master circular dated 18th Nov 2019 vide Para no. 8.

ii) Various representation & raising of matter before judicial authorities have been done, especially by merchant exporters in this regards. (Suppose Mr. X merchant exporter received a lot of goods in month of Feb or March and its related export was made in April, i.e. in next financial year, so due to Para 8 of Master circular they were restricted refund in this situation as two financial year is crossing and ITC & export is pertaining to different financial years) 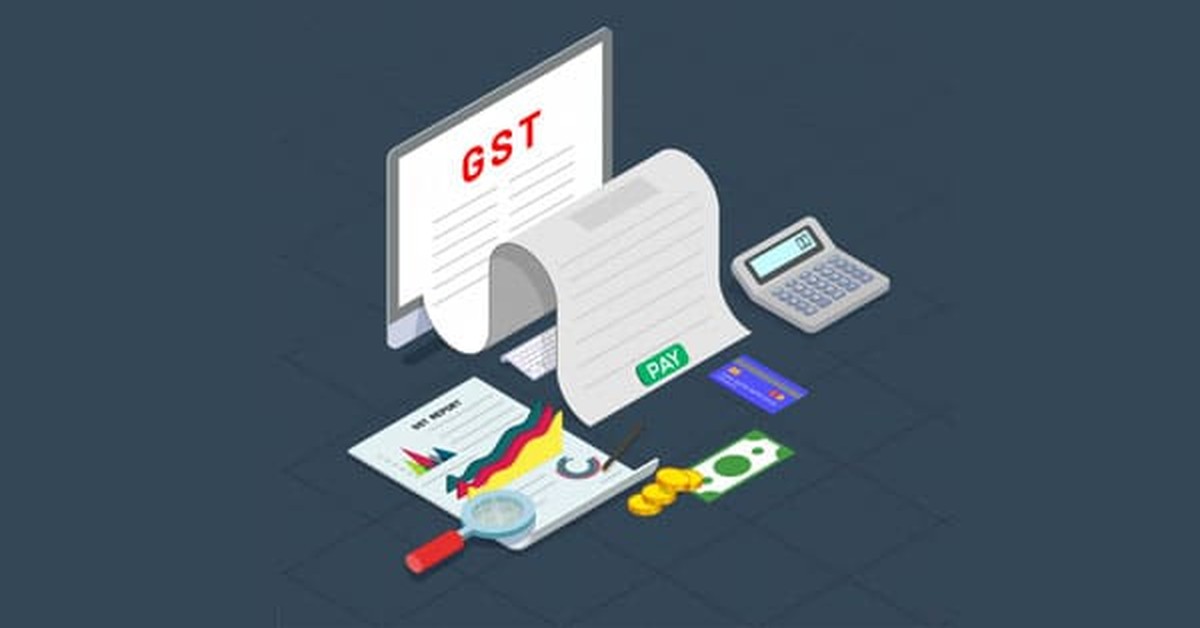 iii) Hon'ble Delhi High Court in hearing of M/s Pitambra BooksPvt Ltd., held that 'Circulars can supplant but not supplement the law. Circulars might mitigate rigours of law by granting administrative relief beyond relevant provisions of the statute, however, Central Government is not empowered to withdraw benefits or impose stricter conditions than postulated by the law'

iv) Meaning thereby that department cannot impose restriction of any benefits through issue of circulars. Thus Para 8 of the Master Circular was held not tenable in law.

v) Furthermore the governing provision of S. 16(3) of Integrated GST Act' 2017 read with S. 54(3) of CGST Act' 2017 do not lays any restriction claiming refund by clubbing different months across successive Financial Years

Para 8 of master circular stands modified and now there is no restriction on claiming refund across tax period i.e. across different financial years.

It is a welcome move to encourage & facilitate the exporter & industry, thereby providing an ease in the refund claiming process. Now a taxpayer can file application across financial year as well. Although one must keep in mind that quarterly fillers can file refund application for a quarter or consolidating various quarters even across financial year &once an application filled for a tax period, re-filling is not allowed fully or partially i.e. other restriction stands as it is.

i. It is a settled law in pursuance of S. 54(3) (ii) of CGST Act' 2017, wherein refund has been allowed under Inverted Duty Structure i.e. where ITC gets accumulated on account of different rate of taxes on input & output supply where rate of tax of inputs is higher say 28%/18% as compared to output say 12%/5%. Then refund can be claimed under the supra mentioned clause.

ii. Now issue arose, Say Mr. A is a trader whose input & output supply is same with same HSN code & rate of tax say 18%. Now subsequent to change in rate of tax the said commodity now attracts 12% rate of tax i.e. changed for both input & output. Now if Mr. A is having accumulated ITC of Rs. 10 Lakh due to excess purchases earlier.

iii. So, Mr. A after change of rate of tax wants refund under Inverted duty mechanism for the accumulated amount.

2.2. Clarification: In the instant case following points are noted:

i. Input and Output supply are same with same rate of tax & classification

ii. Accumulation of ITC is on account of different tax rates at different points in time i.e. due to time differencebetween purchases and sales& changes made by government in rates of tax, accumulated ITC arose in the instant case.

iii. So, the same do not qualify the condition of refund under Inverted duty structure.

The law is this regards was clearly evident, but due to frequent changes in rate of tax few traders got into the misconception and applied refund in the said clause. It is more of a clarification rather than relief.

3.1. Issue: Change in manner of refund of tax paid on supplies other than zero rated supplies

i. In the master circular dated 18th Nov 2019 in para 3 different category under which refund can be claimed have been mentioned. Wherein 4 category of refund specified at S. No. (i) to (l) i.e. refund claims on supplies other than zero rated supplies reinstated herewith:

a. Refund of excess payment of tax;(Eg. Excess deposit of Rs. 10 Lakh in IGST where liability of cash payment would not arise in near future. So this blockage of fund would effect cash flow. Thus refund claimed here)

b. Refund of tax paid on intra-State supply which is subsequently held to be inter-State supply and vice versa;(Eg. Mr. A treated a supply as inter-state & Rs. 10 Lakh IGST was paid, but later on it was found that the same was intra-state supply. So as per GST provision now Mr. A need to pay Rs. 5 Lakh each CGST & SGST along with interest on such supply & can claim refund of Rs. 10 Lakh IGST excess paid on such transaction)

d. Refund on account of 'any other' ground or reason.

ii. In these cases applicant need not to debit (i.e. reduce) the balance of Electronic credit ledger at time of filling refund, being claim of tax already paid.

iii. The admissible refund under the supraclauses where made in cash which was actually paid partially or fully or in combination through both Electronic Cash & Credit ledger.

iv. This engaged the authorities attention towards the issue of 'unintended encashment of credit balances'i.e. while the payment of tax for which refund is claimed was made through ITC the same is refunded in cash.

b. Rule 92 (1A): Where it is stated that, any refund due under S. 54(4) shall be paid in cash proportionately (after adjusting any demand or due) in ratio of the amount of tax discharged in cash initially and balance which is paid through electronic credit ledger shall be re-credited therein as ITC through an FORM GST PMT-03.

ii. Eg. - Suppose Mr. A for the month Jan 2019 incurred tax liability on certain supply under IGST of Rs. 15 Lakhs which was discharged by him using ITC of Rs. 10 Lakhs and by paying cash of Rs. 5 Lakhs. Later on it was discovered that the said supply was intra-state and CGST & SGST of Rs. 7.5 Lakh each need to be discharged, which was done in due course along with interest. Now Mr. A is eligible for claiming refund of Rs. 15 Lakh. Earlier the said amount was discharged through cash payment of Rs. 15 Lakhs, but subsequent to this circular, proper officer shall make an order in FORM RFD-06 sanctioning the amount of refund, wherein Rs. 10 Lakh shall be re-credited in electronic credit ledger as ITC through an order in FORM GST PMT-03 and balance amount of Rs. 5 Lakh shall be discharged in cash.

iii. To sum-up now refund shall be issued in case other than related to zero rated supply to the original source of discharging the liability i.e. proportionately between cash and credit as used to pay tax initially.

This move is quiet logical, as cash flow of government is prevented to some extent. With the intention of changes made in above rule government might also think of faster refund disbursement mechanism for at least the credit portion being re-credited as ITC in electronic credit ledger.

4.1. Issue: Guidelines for refunds of Input Tax Credit under Section 54(3):

i. Para 36 of master circular allows that while claiming refund if any invoice is nor reflected in GSTR-2A the same can be uploaded and subsequently refund can be claimed on the same as well.

ii. Concerns raised by officers that post insertion of Rule 36(4) wherein there is restriction on Availment of ITC, if the same is not reflected in GSTR-2A of the recipient i.e. not uploaded in GSTR-1 by the supplier, then in that case the benefit of uploading the invoice manually is not any more required.

Board vide this circular modified para 36 of master circular stating that refund of accumulated ITC shall be restricted up to the ITC, the details of which are uploaded by the supplierin FORM GSTR-1 and are reflected in the FORM GSTR-2A of the applicant. Eg. Suppose Mr. A claims refund of accumulated ITC of Rs. 20 Lakhs for Nov' 2019. In the said amount all invoices were reflected in GSTR-2A of the applicant except for invoices amounting Rs. 4 Lakhs. Earlier these invoice could have been uploaded by the applicant and refund of full Rs. 20 Lakh would have been claimed. But now the applicant due to application of Rule 36(4) read with this circular could claim refund of Rs. 16 lakhs only.

As we know since the GST implementation in the country, GSTR-2 & GSTR-3 never found its way in the compliance process. GSTR-2A which was initially stated as a form just for information purpose has gain the utmost importance for claiming the ITC and now becoming the base for claiming refund. The Board & council even after approx. 2 year 9 month of implementing GST not able to curb the glitches of portal and most of the time shifting the onus of compliance on the taxpayer, and are acting with great haste to capture defaulter and increase revenue thereby also resulting in harassing the small and honest taxpayer. This clarification in the master circular would also pave its way towards litigation.

5.1. Issue: New Requirement to mention HSN/SAC in Annexure ‘B':

i. In the master circular an Annexure-B was inserted for filling details of ITC.

ii. Now concerns raised that neither GSTR-2A nor the Annexure-B mentions HSN/SAC code in them.

iii. This has arisen difficulty in identifying Input/Input Service/Capital Goods.

Due to difficulty in bifurcation of capital goods and input service, the requirement of HSN/SAC have been made in Annexure-B of the master circular. Although if a supplier is not required mention HSN/SAC on invoice on basis of turnover criteria then in such case applicant can ignore mentioning the same for that particular invoice. Eg. Mr. A an applicant has taken supplies from various suppliers amongst them Mr. B has turnover Rs. 1.4 Cr. and have not mentioned HSN code, Mr. C has turnover Rs. 4.5 Cr. and have mentioned two digit HSN Code. Now the applicant while filling the application shall mention no HSN code against invoice of Mr. B and two digit HSN code against the invoice of Mr. C.

Although the same would reduce difficulty of the department but would also be difficult for taxpayer who is not maintaining HSN/SAC of inward supply.

On the quotient of above discussion and analysis of the issues, clarification and examples used, it can be said that government is very pro-active today towards dealing of various issues whether raised from trade side or by department side. The agenda of government is to reduce litigation and clarify on the issues pertaining in the market. This endeavor would definitely lead towards attaining a consistency in law.

The author of this article can be reached on his email id- ashishmittal5555@gmail.com