Companies Act, 2013 seems to have laid lot of emphasis on audit which is evident from the fact that it has prescribed four different kinds of audits for companies, namely, Financial Audit, Internal Audit, Secretarial Audit and Cost Audit. In its pursuit of increasing the effectiveness of audit to reach high degree of corporate governance, the Act has also well laid out the powers as well as the roles and responsibilities of the auditors. Stringent penal provisions have been clearly prescribed for non-compliance of the provisions contained in the Act. The role of the auditors has been enhanced to a greater extent and the Act expects the auditors to be proactive in their actions and in discharge of their statutory duties. 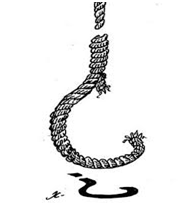 In the current write up, we have brought out the penal provisions and the actions which can be initiated by various regulatory and non regulatory authorities in case of any lapse on the part of the  Auditors in discharging their duties effectively.

If an auditor has contravened such provisions knowingly or willfully with the intention to deceive the company or its shareholders or creditors or tax authorities, he shall be punishable with imprisonment for a term which may extend to 1 year and with fine which shall not be less than Rs. 1,00,000/- but which may extend to Rs. 25,00,000/-. 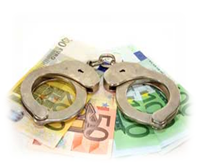 If the auditor is convicted under any of these sections, he shall be liable to refund the remuneration received by him from the Company and pay for damages to the company, bodies or authorities or to any other persons for loss arising out of incorrect or misleading statements of particulars made in his audit report.

PENALTY FOR FAILURE TO DISCLOSE FRAUD

As per Section 143(12), if an auditor in the course of the performance of his duties as auditor, he has reason to believe that an offence involving fraud is being or has been committed against the company by officers or employees of the company, he shall immediately report the matter to the Central Government.

National Financial Review Authority (NFRA) shall have power to investigate, either suo motu or on a reference made to it by the Central Government into the matters of professional or other misconduct committed by any member or firm of chartered accountants, registered under the Chartered Accountants Act, 1949.

Where professional or other misconduct is proved, NFRA shall have the power to make order for—

(A) imposing penalty of—

(B) debarring the member or the firm from engaging himself or itself from practice as member of the Institute of Chartered Accountant of India referred to in clause (e) of sub-section (1) of section 2 of the Chartered Accountants Act, 1949 for a minimum period of 6 months or for such higher period not exceeding 10 years as may be decided by the National Financial Reporting Authority.

ACTIONS/PENALTY FOR FRAUD BY AUDITORS

Change of auditors by NCLT –

Without prejudice to any action under the provisions of this Act or any other law for the time being in force, the NCLT either suo motu or on an application made to it by the Central Government or by any person concerned, if it is satisfied that the auditor of a company has, whether directly or indirectly, acted in a fraudulent manner or abetted or colluded in any fraud by, or in relation to, the company or its directors or officers, it may, by order, direct the company to change its auditors.

An auditor, whether individual or firm, against whom final order has been passed by the Tribunal under this section shall not be eligible to be appointed as an auditor of any company for a period of 5 years from the date of passing of the order and the auditor shall also be liable for action under section 447.

Disqualification for appointment as auditor –

A person who has been convicted by a court of an offence involving fraud and a period of 10 years has not elapsed from the date of such conviction shall be disqualified to be appointed as auditor of any company.

If in any return, report, certificate, financial statement, prospectus, statement or other document required by, or for, the purposes of any of the provisions of this Act or the rules made thereunder, the auditor makes a statement,—

(a) which is false in any material particulars, knowing it to be false; or

(b) which omits any material fact, knowing it to be material,

he shall be liable under section 447.

(a) upon any examination on oath or solemn affirmation, authorised under this Act; or

Where, in case of audit of a company being conducted by an audit firm, it is proved that the partner or partners of the audit firm has or have acted in a fraudulent manner or abetted or colluded in any fraud by, or in relation to or by, the company or its directors or officers, the liability, whether civil or criminal as provided in this Act or in any other law for the time being in force, for such act shall be of the partner or partners concerned of the audit firm and of the firm jointly and severally.

Action under this section can be initiated against the auditor including audit firm of the company for any improper or misleading statement of particulars made in the audit report or for any fraudulent, unlawful or wrongful act or conduct.

Where the members or depositors seek any damages or compensation or demand any other suitable action from or against an audit firm, the liability shall be of the firm as well as of each partner who was involved in making any improper or misleading statement of particulars in the audit report or who acted in a fraudulent, unlawful or wrongful manner.