Power of Never giving up made CA 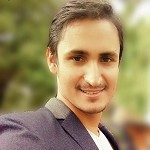 
I am writing this article especially for those students who felt much low despite their brilliancy and failed to clear this time in CA Final. I am not writing this article being boastful that I passed with good marks this time, but to give an example that the power of perseverance is the ultimate in achieving the two great lettered degree “CA”.

Well, guys as you go on reading this article, I am pretty sure that if I can, why can’t you? Hope admin publishes it. Moving on I was a CA student enrolled as a foreigner from Nepal in 2008. My batch was last of PCC. So I joined in a small firm in Patelnagar Delhi after passing CPT but had to leave the firm in 5 months because of lack of proper training. Then I joined a small firm in Karol Bagh but much better than previous one. Though my principal treated me like his son but I think lack of maturity and nervousness always pinched me from getting myself actively involved in extensive training. Anyways things were going smoothly and I passed PCC in Nov 2010 despite being suffered from Dengue and just getting 1 months study leave. Till the passing day many colleagues started passing negative comments like tera kuch nahi ho sakta, kyu paisa barbad kar raha hai papa ka and so on. But after result they said, mein to pehle se hi keh raha tha, bande mein dam hai.

Anyways things went good and I joined just 3 morning and evening classes of DT, IDT and Law. Rest 5 I had to do self study due to lack of time. Then I had 4 months gap before my final in may 2012 (as articleship completed in Feb) & I got leave from Jan 2012. I studied around 14 hours daily. The May 2012 examinations result gave mixed flavours of happiness and pain, Happiness in the sense I passed 2nd group and pain in the sense I failed In FR.

Then I read with even more dedication but failed again in Nov 2012 in Audit. It was the same subject which made me pass in PCC. Filled with tears and negative comments from backbiters, I again gave 1st group but again failed in May 13, Nov 13 and May 14 examinations. The marks also started decreasing and it was 179 in May 14. But in these failure days, I had the power of spirituality and I always prayed God to make me strong. Again I read the syllabus easily but this time with no fear, no any tensions and see in Nov 2014 examinations I secured superb 233 marks. 154375 is my roll no. and FRO0001167 is my reg no. Waiting for comments and hope I can make some of you motivated. Agar mein kar sakta hu to aap kyu nahi??