The Final Version of Rules relating to One Person Company has also been notified. In this article, we present the salient features of a one person company highlighting the changes which have been introduced in the final version of the rules. 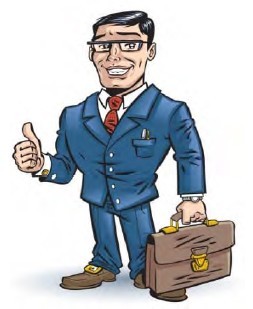 • A One Person Company is incorporated as a private limited company.

• The words “One Person Company” must be mentioned in brackets below the name of the company.

• The member and nominee should be natural persons, Indian Citizens and resident in India. The term "resident in India" means a person who has stayed in India for a period of not less than 182 days during the immediately preceding one calendar year.

• If a Member of OPC becomes a member in another OPC by virtue of his being nominee in that OPC then within 180 days he shall be meet the eligibility criteria of being Member in one OPC.

• OPC to lose its status if paid up capital exceeds Rs. 50 lakhs or average annual turnover is more than 2 crores in 3 immediate preceding consecutive years.

• No minor shall become member or nominee of the One Person Company or hold share with beneficial interest.

• Such Company cannot be incorporated or converted into a company under section 8 of the Act.

• Such Company cannot carry out Nonâ€Banking Financial Investment activities including investment in securities of anybody corporates.

• No such company can convert voluntarily into any kind of company unless 2 years is expired from the date of incorporation, except in cases where capital or turnover threshold limits are reached.

• An existing private company other than a company registered under section 8 of the Act which has paid up share capital of Rs. 50 Lakhs or less or average annual turnover during the relevant period is Rs. 2 Crores or less may convert itself into one person company by passing a special resolution in the general meeting.

• Penalty amount for contravention of any of the provisions of the Rules: If the One Person Company or any officer of the One Person Company contravenes the provisions of the rules, the company or any officer shall be punishable with fine which may extend to Rs. 10,000/ and with a further fine which may extend to Rs. 1000/ for every day after the first during which such contravention continues.

BENEFITS AND PRIVILEGES AVAILABLE TO OPC

• Mandatory rotation of auditor after expiry of maximum term is not applicable.

• The provisions of Section 98 and Sections 100 to 111 (both inclusive), relating to holding of general meetings, shall not apply to a One Person Company.

• A One Person Company needs to have minimum of one director. It can have directors up to a maximum of 15 which can also be increased by passing a special resolution as in case of any other company.

• For the purposes of holding Board Meetings, in case of a one person Company which has only one director, it shall be sufficient compliance if all resolutions required to be passed by such a Company at a Board meeting, are entered in the minutes-book, signed and dated by the member and such date shall be deemed to be the date of the Board Meeting for all the purposes under this Act. For other One Person Companies, atleast one Board Meeting must be held in each half of the calendar year and the gap between the two meetings should not be less than 90 days.

• Board’s report to be annexed to financial statements may only contain explanations or comments by the Board on every qualification, reservation or adverse remark or disclaimer made by the auditor in his report.