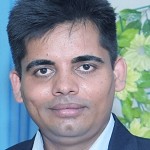 With a view to apprise the members of the Institute and others concerned about the major non compliance's observed during the review, the Financial Reporting Review Board (FRRB) compiles such non compliance's from time to time and publishes the same in the Journal of the Institute. Continuing the same practice, published below are some of the common non-compliance's observed by the Board during the review of general-purpose financial statements of certain enterprises and auditors’ reports thereon, relating to AS 15, Employee Benefits notified under the Companies (Accounting Standard) Rules, 2006:

1. Enterprises often state in their accounting policies that “Provision for gratuity is made in the accounts, considering the balance sheet date as the notional date of retirement”. It was noted that as per AS 15 the provision for gratuity should be determined through actuarial valuation which should be based on assumption that are not excessively conservative and should reflect the economic relationship considering the factors such as inflation, salary increase, the return on plan and discount rates. It was viewed that the stated policy indicates that provision for gratuity is determined by the company based on the assumption that all its employee retire on the balance sheet date which is an excessively conservative assumption. Since it does not consider actuarial risk, it was viewed that actuarial valuation is not followed by the company while valuing its liability towards gratuity, which is against AS 15.

2. Accounting policy on defined contribution schemes of some enterprises simply states that contribution to defined contribution schemes such as provident fund etc., are charged to the profit & loss account as and when incurred, however, in respect of employees who have not opted for pension benefits, provident fund contributions are made to a trust administered by the Bank. It was noted that the ASB Guidance on Implementing AS 15, inter alia, states that, “The rules of the provident funds set up by such establishments (referred to as exempt provident funds) generally provide for the deficiency in the rate of interest on the contributions based on its return on investment as compared to the rate declared for Employees’ Provident Fund by the Government under paragraph 60 of the Employees’ Provident Fund Scheme, 1952 to be met by the employer. Such provision in the rules of the provident fund would tantamount to a guarantee of a specified rate of return. As per AS 15, where in terms of any plan the enterprise’s obligation is to provide the agreed benefits to current and former employees and the actuarial risk (that benefits will cost more than expected) and investment risk fall, in substance, on the enterprise, the plan would be a defined benefit plan. Accordingly, provident funds set up by employers which require interest shortfall to be met by the Employer would be in effect defined benefit plans in accordance with the requirements of paragraph 26(b) of AS 15.”Accordingly, it was viewed that any provident fund scheme administered through trust should be treated as defined benefit plan rather than defined contribution plan, and in view of the same, the liabilities towards such benefit should be based on actuarial valuation. Further, the disclosure requirements for such defined benefits should be made as required under paragraphs 119 and 120 of AS 15.

3. Accounting policy on termination benefits of a company states that payments under Voluntary Retirement Scheme are recognised in the profit and loss account of the year in which such payment are affected. It was viewed that considering the provision given under paragraph 134 of AS 15, an enterprise is required to provide for termination benefits on accrual basis. Accordingly, the stated accounting policy is observed to be against the requirements of AS 15 as well as Section 209(3) (b) of Companies Act, 1956.

4. Certain companies have adopted an accounting policy on employee benefits under which any payment to defined contribution scheme is charged as expense, as they fall due. It was viewed that as per paragraph 45 of AS 15, the expense of defined contribution plan should be recognised for each period of service rendered by the employees; however, the accounting policy states that such expense has been recognized by the enterprise when it falls due. It was viewed that such policy does not clearly indicate as to whether the contribution, so made, is the appropriate accrual of liability or not. It is essential because the contribution in excess of what is due is to be recognised as an asset and contribution falling short is to be recognised as liability.”

We provide actuarial valuation services in compliance of AS-15 (Revised 2005). For more details you may vist our website at www.mlsodhiactuary.com