November 12- It is all about earning respect!


It is all about earning respect!

2 Silver and 4 Bronze i.e. London Olympics has given us 6 new names to cheer for next 4 years. But what about the other 77 athletes who competed in 13 sports!

You know Olympics are very much related to our CA exams. We prepare for it well in advance, work on our strategy, give our best shot, and give a lot of sacrifices; people have expectations from us and last but not the least the pressure to deliver on the J-day.

In the end people are concerned with only one thing- “Kya Raha”? Even our result gives a picture of either Pass or Fail i.e. Kaunsa Medal Laya!!

But there is something which is more valuable than winning. You must be thinking that I am saying this to defend my loss, but this is not the case. If anyone who has followed this Olympic right from the beginning then he must be familiar with the names of Joydeep Karmakar (4th in 50m Rifle Prone), P Kashyap (lost in Q/F of Men’s Badminton to former world no.1), Irfan Thodi (10th Rank in 20 Km Walk with new National Record), Tintu Luka (6th rank in 800m semi-final with her personal best), Vikas Gowda and Krishna Poonia (making to final of Discus Throw), Devendo Singh (Lost in Boxing Light Flyweight Q/F) and Soniya Chanu (7th in weight lifting). These are the names which could not make it to the podium and win medals for the country, but they have won something bigger than that i.e. earning our respect and above all their own respect.

There is nothing better than putting your soul, giving your best effort and come out with flying colors. One works hard, live a disciplined life and therefore he deserved to enjoy the fruits of his labour. This is to point out that just because we do not achieve what we intend to at the day’s start, does not mean that all is lost. This is where perspective becomes extremely valuable.

I will give you 4 examples of it- one from the movie and 3 from the life of CA belonging to CCI only. Guys one of my fav. Movie is SRK’s best work till date i.e. Chak De India. If you could remember the match between Indian Men’s and Indian Women hockey team where nobody had faith in Women’s Team. Despite trailing by 0-3 in the first half they made a strong comeback in the 2nd half but still lost the match by 2-3. But that loss was sweeter than a win. They managed to earn the respect of Men’s team and above all respect of all the members of Federation who never believed in their capabilities. That match acted as a trigger for them and finally they won the World Cup and brought the glory home.

You must be thinking that it happens only in reel life and not in real life. But I will give you example of 3 Ccites who could not clear the CA Final in 1st attempt. They came back stronger as even when they failed they gave their best effort and what they did not lose was their self-respect. Now one of them is working as India head for finance for one of the MNC stand in Fobes 20 list company, other scored rank in CWA and working in Coal India at a devilishly handsome salary and the third guy has also completed MBA from a reputed college along with CA and placed in a MNC. Similarly, our Rajesh Makkar Sir the living Encyclopedia is not a first attempt CA. 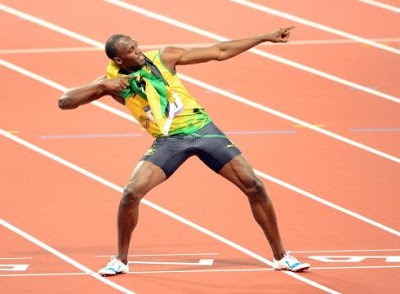 The crux of the story is it does not matter whether you have passed or not but what matters is your attitude. Do not let the outcomes which are not in your control to ruin your future. Just try to give your best shot and give exams to learn new things and winning respect. Hold your head high in your defeat and try to learn from your mistakes. There is no point in giving up. I firmly believe a score of 380 in both groups or 185+ in one group or even an exemption can boost your morale to a high level. Do not consider it as your defeat. Such score means that your are inch closer to the success, and this is the time to pull up your socks and treat this November as if Zindagi Na Milegi Doobara. At the end all I want to tell you is “Chak De".