In the Budget 2021, our hon'ble financial minister announced about Amendment in LLP Act. In continuation of same, Ministry of Corporate Affairs issued a press release on 03rd February 2021.

Further in continuation of the same Wednesday, 28th July, 2021 Cabinet has passed LLP Amendment Bill, 2021. This will be the first time that changes are being made to the Act since it came into effect in 2009. They have made 30 amendments to LLP Act 2008 by LLP Amendment Bill 2021.

Most Important: Introduction of New Concept of Small LLP. 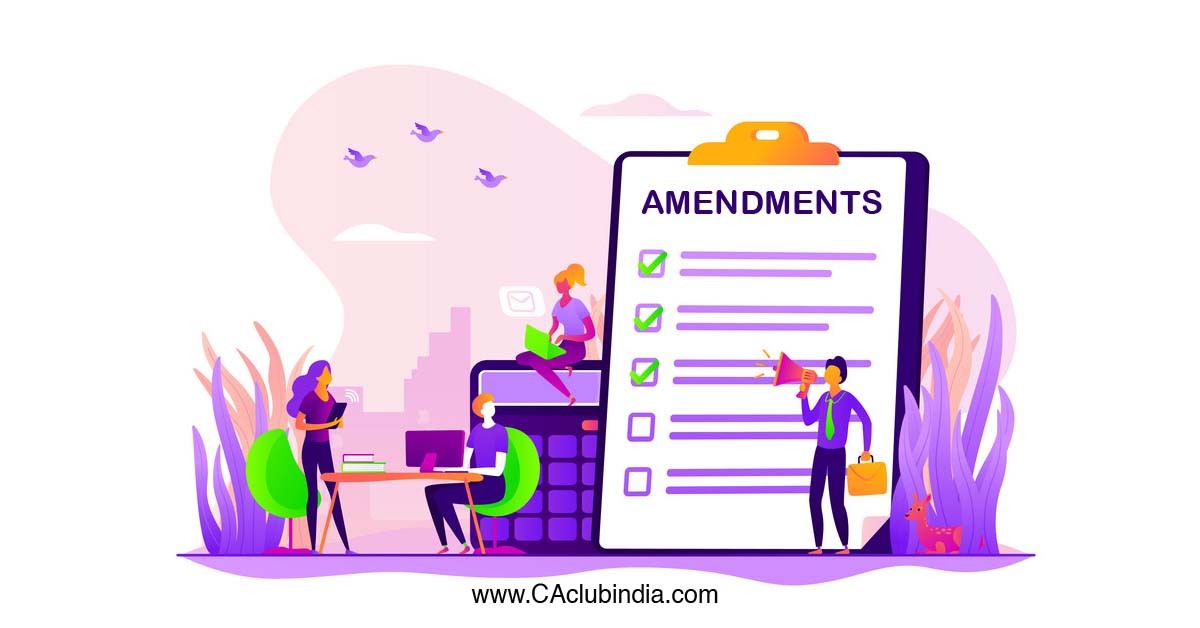 PURPOSE OF AMENDMENT IN VERSION

a) The government looks to improve ease of doing business and encourage start-ups.
b) To encourage business class to incorporate LLP's.
c) To make it popular for Startups
d) Conversion of Partnership firms into LLP's
e) To remove the fear of criminal prosecutions for non- substantive minor and procedural omissions and commissions in the normal course of their business transactions.
f) The objective of the De-criminalization exercise is to remove criminality of offences from business laws where no malafide intentions are involved

A. PRINCIPLES ADOPTED FOR DECRIMINALIZATION OF COMPOUNDABLE OFFENCES

a) Principle 1: Offences that relate to minor/ less serious compliance issues, involving predominantly objective determinations, are proposed to be shifted to the In-house Adjudication Mechanism (IAM) framework instead of being treated as criminal offences.

b) Principle 2: Offences that are more appropriate to be dealt with under other laws, are proposed to be omitted from the LLP Act, 2008.

c) Principle 3: For non-Compoundable offences that are very serious violations entailing an element of fraud, intent to deceive and caused injury to public interest or non- compliance of order of statutory authorities impinging on
effective regulation, Status Quo would be maintained.

As per proposed amendment

The key components of MCA21 to be launched during Fiscal Year 2021-22 are:

a) Small LLP: It is proposed to create a class of LLP called as 'Small LLP' in line with the concept of Small Companies. Such Small LLPs would be subject to lesser compliances, lesser fee or additional fee and lesser penalties in the event of default. Thus, lower cost of compliance would incentivize unincorporated micro and small partnerships to convert into the organized structure of an LLP and derive its benefits.

b) Earlier: LLPs with contribution less than or equal to Rs 25 lakh and turnover less than Rs 40 lakh are treated as small LLPs

c) Proposed Amendment: Rs 25 lakhs will go over to Rs 5 crores and the turnover size will be treated as Rs 50 crores.

It is also proposed to amend Section 69 of the Act with a view to reduce the additional fee of Rs. 100 per day which is presently applicable for the delayed filing of forms, documents. A reduced additional fee is expected to incentivize smooth filing of records and returns of LLPs and consequently result in an updated registry for proper regulation and policy making.

They are bridging this gap between Company and LLP's and making LLPs far more attractive and easy to handle, so that many of the startups today, which prefer the LLP model can also feel equally given the ease of business opportunities.