Students of Law, CA and CS and the professionals alike study and discuss the judgments of Courts of Law regularly. If the legal professionals study the latest cases of Constitutional Courts especially Supreme Court in relation his brief, the Chartered Accountants and Company Secretaries may have to very frequently refer to the judgments of the Courts on Tax issues and Company Law matters.  But there are so many interesting, complicated and notable issues pertaining to writing and understanding of judgments of various courts or authorities in this Country.  For the purpose of proper understanding of the issues pertaining to writing and understanding judgments, we can classify the judgments under following three heads:

Before specifically understanding the process of writing judgments and connected issues, I would like first simplify as to how the judgments are normally written in Lower Courts or the Authority.  A judge or the Presiding Officer will have his own say or usage of words while writing the judgment. When it comes to passing a judgment in a or the Trial Court, the consistency is being followed. The judgment of any will be on the following lines:

Like-wise there is a consistency when it comes to Trial Courts or the Lower Courts with regard to writing judgments. This consistency is being followed till today though there can be criticism on the use of language and making the discussion in the judgment clear.  An able Presiding Officer or a Judge can definitely write a good judgment and the litigants can very easily understand the contents, discussion and conclusion in the Judgment. While the Lower Courts follow the consistency, I don’t think that other Quasi-judicial authorities  or the Tribunals will follow the same consistency and in these cases, preparation of judgment or the order will depend upon the style of that particular presiding officer unless there are clear guidelines as to how to prepare or pass an order. When it comes to the judgments of Company Law Board, each presiding officer will have his or her own style in passing order or the Judgment. Preparing or passing a judgment in simple issues like condonation of delay etc. may not be difficult, but, passing a judgment or the order in cases like ‘Oppression and Mismanagement’ will always be interesting and challenging as I feel.  Barring few authorities discharging complicated responsibilities, I don’t think that there are complications in preparation of judgments when it comes Lower Courts or the Authorities at the first instance.

But, when any judgment goes to Appeal/First Appeal/Revision, then, the complication starts. A litigant or a party may say that his submissions were not even considered by the Lower Court or the Authority, or he can say that the application of law to the facts is not correct, or he can say that he can now produce additional evidence in support of his case or even he can say that the Judgment is perverse.  From this stage, I don’t think that there is a consistency in the style of passing judgments in the First Appeal/Revision and each Presiding Officer will have his own say.

Parliament or the State Legislature makes law on the subjects over which they are competent to deal in accordance with the separation of powers described in the Schedule to the Constitution. We have a Union List upon which Parliament makes the law. We have a State List upon which a State Legislature makes the law. We have a concurrent list upon which both the Centre and the States make law. The Parliament or the State Legislature can also delegate the law making power to the Local Bodies or other authorities through particular enactment. Thus, the Parliament and the State Legislature, being the body of people representatives, makes the law. Theoretically, in a democracy, we the people, make the laws.  The Courts interpret the laws and tries to ascertain the true meaning and object of a particular provision or the section while applying the law to the facts of a case before it. This is what called interpretation.  When there is no law on a particular subject, then, the Constitutional Courts can lay down guidelines or the law and the example being the recent Supreme Court judgment on ‘Mercy Killing’ and the guidelines passed by the Supreme Court in appointing CVC. In the Public Interest, Courts ensure strict enforceability of Fundamental Rights and the various judgments of Supreme Court on education and the arrangement now being followed with regard to aided professional colleges in various States through committees is a good example as to how the Supreme Court makes the law in Public Interest under Article 32 of Constitution of India.  It is not possible to call the legislature who participated in passing a particular enactment frequently in order to understand the object of a particular enactment or section or the provision. Thus, the Courts understand the intention of the legislature while enacting a law from various sources like the legislative discussions, the objects stated, the Title, the Short Title, Explanations etc. In few cases, the Courts may even struck-down a particular provision as unconstitutional.  This is why; the law laid-down by the Constitutional Courts becomes a binding precedent. There may be a custom on a particular issue or on a particular area which is followed as a law by the people concerned. When such a custom is established before the Court and if custom meets the requirements of being recognized as a law, then, the Custom too becomes a law.

Let us now see as to how the judgments are normally passed by the High Court in my opinion.

Unless the High Court comes to a clear conclusion that there need not be much discussion on the issue or the legal point raised before it, it will listen to the submissions of the counsel appearing for the parties. A judge hearing a particular case may have lot of experience on a particular issue or the subject. At the same time, a judge hearing a Tax Appeal may not have that much understanding of Tax Law.  Irrespective of the knowledge or the understanding of the issue, a judge normally provides an opportunity to the Counsel appearing for the parties to make their submissions in support of their case. What the Counsel is expected to do in a case is that, he has to do thorough research on latest judgments of the same Court on a particular point or other High Courts or the Supreme Court.  Assuming a case that the judge hearing a particular case has little experience or exposure or knowledge of a particular subject or the point, then, the judgment will be pronounced purely based on the submissions made by the Counsel concerned and the judgment of High Court becomes a binding precedent to some extent unless overruled or unless there is another binding judgment of a Bench of High Court or the Supreme Court on the same issue. How the Counsel do research or find relevant binding Case Law? Law Journals report judgments of various High Courts, Tribunals and Supreme Court. We have so many journals focusing on the judgments on a particular subject, particular High Court or covering only Supreme Court cases. We have journals like AIR, SCC etc. Now, judgments are available even on-line from the websites like Manupatra etc. With the tremendous technological revolution, most of the judgments of the High Court or the Supreme Court can be found on-line and at free of cost. This is how the research on a particular subject or the point is done by the legal professionals in my opinion. They may manually look for the binding precedents on a particular subject or the point, or they may do research on-line.  How a Counsel appearing for a case does research while submitting a case before the High Court depends upon many issues like the significance of the case, the stakes, the style of a Counsel and even the Counsel may have his own assessment of the judge hearing the case.  Likewise, it is very much possible a judgment by a particular High Court can be passed purely based on the pleadings and the submissions of the Counsel and it is also possible that the High Court might not have been appraised of a judgment of the Supreme Court or another High Court on the same issue and it happens inadvertently in considerable number of the cases.

Only in few cases, there will be elaborate land-mark judgment on a particular subject or the point. The Supreme Court of India has delivered a land-mark judgment in Mardia Chemicals case on various issues under SARFAESI Act, 2002. The Supreme Court has also passed a land-mark judgment on the scope of section 11 of Arbitration and Conciliation Act, 1996. We have consistent land-mark judgments on education. Again, on a particular point, we can constantly find two different views and it is very much possible. We can find many judgments on the scope of Article 226 of Constitution of India and two views are constantly there on this and these inevitable things. One view supports conferment of elaborate and unfettered powers on the High Court under Article 226 and another view supports the cautious exercise of power.  Similarly, there are two views on the issue of entertaining Public Interest Litigations (PILs) as everybody knows.  Like wise, on many tax issues like ascertaining “revenue gain” and “capital gain”, there can be many judgments.  Under Company Law, we have so many judgments on the various issues under Section 397/398 of Companies Act, 1956.

I have seen students simply remembering few judgments on an issue without having the understanding of principles laid-down inherently and without understanding as to how the judgments are passed or to be used while presenting a case before a Court. I have also seen few professionals searching for case laws and laying pure emphasis on the wording without knowing as to how those judgments are to be used before Court of Law. These are all the complications and every student requiring to study various judgments of High Court and Supreme Court and every a young professional should have complete understanding of all issues pertaining to writing and judgments and complications in this regard.

While it is important for the students pursuing course like Law, CA and CS to remember certain land-mark judgments and at the same, they should have complete understanding as to how the judgments are delivered, the binding nature, the understanding and the complications.  Understanding a judgment and using the same effectively while presenting a case, is an Art and it comes by experience. It doesn’t mean that one has to wait for some 20 to 30 years in the chosen profession to master the Art. We know that the ‘human being can imagine the things not seen’ and in that sense, experience doesn’t fully lie in the time, but, it lies in the exposure and interest.

Note: the views expressed are my personal, with great respect to courts and judgments; it is a brief narration and a view point only.

Explore the golden opportunities of practicing before Tribunal 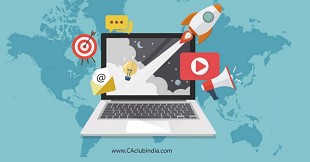 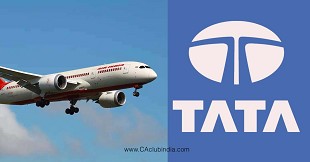 The story of Air Indias flight of full circle