We all are aware, what is international business, a term of routine affair, but there are many facts which are yet to be unfold. I have been researching on international business for long, and it is the matter of fact that when you read between the lines, you get to know many unknown facts at the end, and so is the case with me. I have decided to disseminate everything i have come to know about this ,in a series of articles. So with this article i begin with zero. Offering you some valuable information will be my key priority.

What are the modes of entry into International Business ?

Contract manufacturing refers to a type of international business where a firm enters into a contract with one or a few local manufacturers in foreign countries to get certain components or goods produced as per its specifications.Contract manufacturing, also known as outsourcing , can take three major forms:

• Production of certain components such as automobile components or shoe uppers to be used later for producing final products such as cars and shoes;

• Assembly of components into final products such as assembly of hard disk, mother board, floppy disk drive and modem chip into computers; and

• Complete manufacture of the products such as garments.The goods are produced or assembled by the local manufacturers as per the technology and management guidance provided to them by the foreign company. The goods so manufactured or assembled by the local producers are delivered to the international firm for use in its final products or out rightly sold as finished products by the international firm under its brand names in various countries including the home, host and other countries. All the major international companies such as Nike, Reebok, Levis and Wrangler today get their products or components produced in the developing countries under contract manufacturing.

For a company looking to expand, franchising and licensing are often appealing business models. In a franchising model, the franchisee uses another firm's successful business model and brand name to operate what is effectively an independent branch of the company. 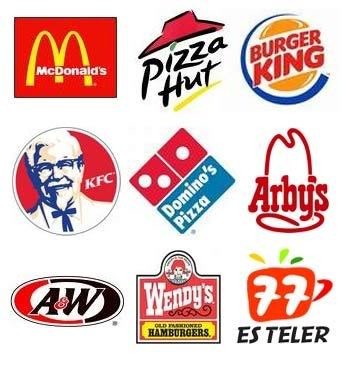 The franchiser maintains a considerable degree of control over the operations and processes used by the franchisee, but also helps with things like branding and marketing support that aid the franchise. The franchiser also typically ensures that branches do not cannibalize each other's revenues.

Under a licensing model, a company sells licenses to other (typically smaller) companies to use intellectual property (IP), brand, design or business programs for a fee called royalty.

These licenses are usually non-exclusive, which means they can be sold to multiple competing companies serving the same market. In this arrangement, the licensing company may exercise control over how its IP is used but does not control the business operations of the licensee.

Both models require that the franchisee/lincensee make payments to the original business that owns the brand or intellectual property. There are laws that govern the franchising model and define what constitutes franchising; some agreements end up being legally viewed as franchising even if they were originally drawn up as licensing agreements..

One major distinction between the two is that while the licensing is used in connection with production and marketing of goods, the term franchising applies to service business.

The other point of difference between the two is that franchising is relatively more stringent than licensing.

Franchisers usually set strict rules and regulations as to how the franchisees should operate while running their business.

To have a better understanding of the difference between the two, let's have a look on comparison chart

Joint venture is a very common strategy for entering into foreign markets. A joint venture means establishing a firm that is jointly owned by two or more otherwise independent firms. In the widest sense of the term, it can also be described as any form of association which implies collaboration for more than a transitory period. A joint ownership venture may be brought about in three major ways:

(i) Foreign investor buying an interest in a local company

(iii) Both the foreign and local entrepreneurs jointly forming a new enterprise.

This entry mode of international business is preferred by companies which want to exercise full control over their overseas operations. The parent company acquires full control over the foreign company by making 100 per cent investment in its equity capital. A wholly owned subsidiary in a foreign market can be established in either of the two ways:

(i) Setting up a new firm altogether to start operations in a foreign country — also referred to as a green field venture, or

(ii) Acquiring an established firm in the foreign country and using that firm to manufacture and/or promote its products in the host nation.

These were some of the modes through which one can enter into international business. My next articles is in offing which would be focussed on the Export Import procedure. Hope you like it.

Your feedbacks are welcomed.