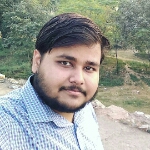 Its first time after the 2008 crisis when the Crude oil Price has declined so much. Crude oil prices have declined to $47 per barrel in the past Quarter making it difficult for the producers to continue same level of production.

Many theories have come into effect relating to the reasons of fall in prices, disadvantage for Oil producers, adverse effects on economies etc.

But, can you imagine that it may be Advantageous for Some. Just think once, In my Opinion it is little bit Advantageous to OPEC nations & Other Oil exporting countries whose primary revenue is from Export of crude oil. It must be sounding a little bit foolish but take a look on this view too.

In general people must be thinking that it must be horrific time for oil exporting countries since there revenue must have fallen, its true, but, there are always two sides of a coin.

We are all familiar with the shale oil revolution in United States (US) which has led to a fall in demand of Crude oil. US, which was a leading oil consumer has now become self sufficient in oil production and would had join the race of exporting oil but, the fall in crude oil prices have shattered the dreams of self sufficiency, since the Current Rate of oil couldn’t fetch the US shale oil drillers their cost.

Cost of Production of Shale Drillers

Shale oil is costly to haul out and only viable at high-enough prices, Ed Morse, Citigroup Inc.’s head of global commodities research in New York, said by phone Sept. 23. Extracting oil from shale formations costs $50 to $100 a barrel to produce, compared with $10 to $25 a barrel for conventional supplies from the Middle East and North Africa, the Paris-based International Energy Agency estimates.

Thus, making it impossible for shale drillers to continue their production

Cost of production to Crude oil

It’s quite obvious from the above comparisons that at the current price level US shale oil drillers couldn’t continue to compete. This was also seen in the decision of OPEC members not to cut supply, this decision sent oil prices plunging..Although the decision was to sustain their market share but unknowingly it became a back breaker for Shale drillers.

Current scenario must be very chaotic but, it will only lead to future benefit for Crude exporters.