Impact on textile industry under GST: Downright or cynical 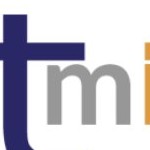 
The Goods and Service Tax (GST), considered India's most colossal notable tax reform is just around the corner. With the Government leaving no stone unturned to escort in GST on 01 July 2017, GST roll-out is going to transform market ambulation by creating an integrated marketplace. It presents a uncommon opportunity for cost optimization and cash emancipation. The advent of "Destination based Taxation" has also led to some cascading effect and multiplicity of taxes. Though, it might improve business competencies with rewarding the honest and docile. Most of the products are either exempt or are taxed at a comparatively lower rate and are largely subsidized under different central and state regimes.

The textiles and garment industry in India accounts for about 10% of synthesize or production and 2% of India's Gross Domestic Product (GDP) and aggregate about 13% of country's export proceeds. The industry is presently approximated at around $108 billion and is expected to reach $223 billion by 2021. The absence of trammels on this industry had empowered it to grow even though much of the manufacture or fabrication takes place in the unorganized section. The exports of $40 Billion is promising. Most of the States in India have immuned textiles and fabrics from the levy of VAT / Sales tax. The textile industry is the second largest industry which administers skilled and unskilled employment.

The expected rate of GST would be 12%. Net of credit maybe still 6-9%. To some extent final cost would increase. However GST would help dealers. The cash dealing would somewhat decline. The unorganized industry would not be advantaged. The docile would find their goods competitive and this insured sector would also join in adding to tax in addition to employment etc which was there even today. Since exports under GST would be zero rated, this would give a cutthroat boost to textile exports in India which is facing stark competition from Bangladesh, Pakistan etc.

Cotton fabric traders staged a nationwide token strike on last week in Gujarat, protesting the verdict to bring the item under the goods and services tax (GST) net. A five per cent rate has been levied - around a million small and medium size units were paying no duty so far. Furthermore, many of the association members stated, "If GST is imposed on textile fabrics, the backbone of the trade will be broken and they will lose all their strength. The whole of textile business will be devastated if the GST is not withdrawn." Traders warned of an indefinite strike if the government does not disengage and drop out the five per cent GST on cotton fabric.