ICAI elections are the backbone of the profession. The council formed from the members we elect have the power to carry out laws, issue regulations, adjudicate complaints and above all open new professional opportunities.

Let us understand the procedure of election in detail- 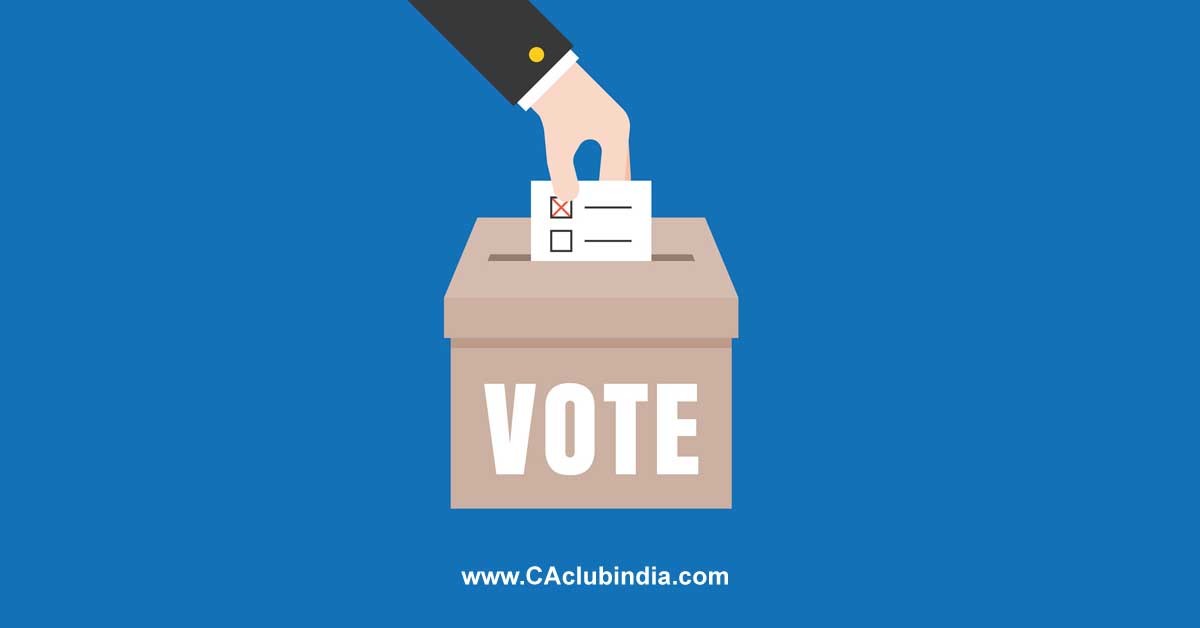 Who is eligible to contest for election?

A member who is a fellow on the first day of April of the financial year in which an election is to take place and whose name continues to be borne on the Register on the last date of scrutiny of nominations shall be eligible to stand for election to the Council from the regional constituency in which he is eligible to vote.

At least 3 months before the date of the election, the Council shall publish in the Gazette of India a notice stating the number of members to be elected from each regional constituency and calling for nominations of candidates for election by the date and time notified. The maximum number of nominations that can be submitted by a candidate shall be 10 only. If more than 10 nominations are received, then the first 10 nominations determined, on the basis of date and time of receipt, shall be taken into consideration.

Can a candidate withdraw the nomination?

A candidate may withdraw his candidature by giving a notice in his own hand and duly signed by him and have it delivered to the Returning Officer anytime before 6.00 P.M. of the last date notified.

Who is eligible to Vote?

A member, whose name is borne on the Register on the 1st day of April of the financial year in which the election to the Council is to take place and is entitled to vote by poll, shall be permitted to cast his vote for the candidates contesting from the regional constituency to which he belongs, at any polling booth of his choice within his Regional Constituency, provided an intimation to vote at a particular booth is received by the Returning Officer at least fourteen days prior to the date of polling

The election shall be held in accordance with the system of proportional representation by means of a single transferable vote. Except as otherwise provided, at every election where a poll is taken, the vote shall be given by secret ballot and every voter in any election shall cast his vote personally in the booth provided for the purpose unless a voter is allowed in respect of any election to cast his vote by post.

The elections to the Central Council and the Regional Council will be held simultaneously. Each region has its own separate seats and different candidates for the above two elections. The procedure for both the elections is almost the same.

The Returning Officer shall set up such a number of polling booths at such places as he deems necessary, but no polling booth shall be set up in any place having less than 25 members eligible to vote in the said place or within a distance of 50 kilometres.

There shall be a secret chamber or chambers in each polling booth. The chamber shall be so arranged that no person may be able to see how a voter has recorded his vote.

Each voter has only one vote in both the above elections. The candidate whom the voter originally wants to vote for has to mark the first preference. First preference is the most important. Thereafter he can also give Second, Third, etc. Preferences are not a separate vote, but through these, the voter only tells that his vote (in the case of a losing candidate or a candidate who won by a surplus vote) be transferred to other candidates in his order of preference.

The Returning Officer shall, at least fifteen days before the date of polling, appoint for each regional constituency, a date or dates, place and time for each such date for the counting of votes at the headquarters or regional office of the Institute, as the case may be, and shall also give notice of such date or dates, place and time in writing to all the candidates.

The candidate will be declared elected if he gets more than the required quota of 2000 votes. If there are 2500 votes over and above 2000, those 500 votes shall be declared Surplus votes.

The surplus of votes will be transferred to other candidates. For this purpose, the value of surplus votes will be worked out and distributed to candidates who have been marked for a second preference.

Therefore, the second preference received by candidates will be added to their packets at full value. So far as third preference votes received by them are concerned, each such vote will have 100% value as they are transferred from packets of elected candidates. The process goes on until the balanced candidates become equal to the contesting seats.

It may so happen that a candidate who gets good first preference votes in the first count, may not succeed in the election if he does not get support from other voters in the form of second or next preferences.

Electing the President, Vice President and Other Office Bearers

The elected members shall vote internally to choose the President, Vice President and Other Office Bearers.