How and Why did the Adani Stocks see a downfall?


Adani Group is one of India's leading business companies which was formed in 1988. It had an annual turnover of up to 12 billion dollars. Having its headquarters in Gujarat which primarily deals in logistics, agribusiness and energy sectors. The Group is the largest port developer and operator in India.

Everyone knew that Adani shares were reaching skies in the last one year. The market capitalization of Adani Group shares was Rs 9.5 lakh crore just before the massive crash.

Overall Adani Enterprises saw a rise of around 962% in the last one year. 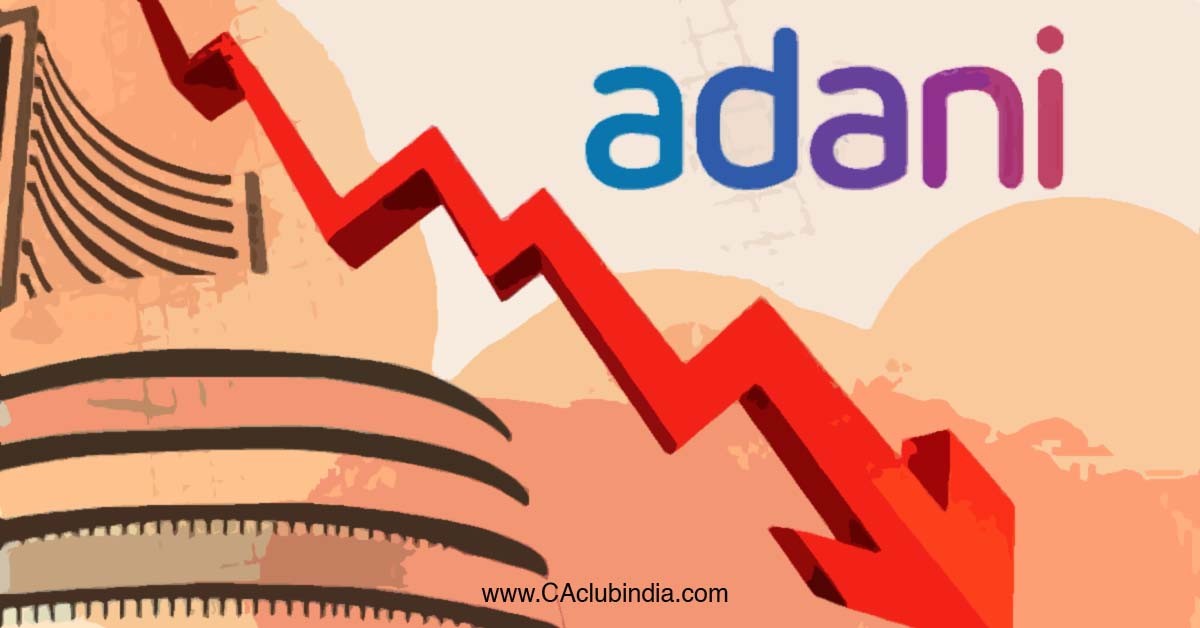 Also, Adani Port shares had moved upward by 145 per cent in the last one year. Adani Transmission also went up by 697 per cent, Adani Green Energy by 280 per cent and Adani Power by 310 per cent.

So, we could clearly observe that the price of Adani shares were going completely in a different direction as compared to its performance and growth.

How Adani Shares saw the downfall and Why!

It was all over the news in the middle of June that Adani shares had seen a massive crash. Primarily the main reason of this huge fall was because the National Securities Depository Limited (NSDL) had frozen the accounts of three foreign funds that hold over Rs. 43,500 Cr which were invested in the Adani Group.

These three accounts were named as Albula Investment Fund, Cresta Fund and APMS Investment Fund. More than 95% of their net worth came from just Adani Stocks.

Knowing the irregular growth of share price, these funds did not sell off their shares. Also, the address of these funds were the same and had no official website as well.

The retail holding of the Adani group of companies was also below 10% , which means that maximum holding was from FPIs or Promoters.

According to a circular issued by market regulator Securities and Exchange Board of India (SEBI), all overseas investors have to furnish details of their end-beneficiaries and sources of funds.

This has also raised prominent concerns with regard to the framework scrutiny of KYC (know-your-client) status of the sub-accounts – the foreign persons & corporates under FPI. FPIs' investments have to comply with the ‘operational guidelines for FPIs' of SEBI, which are in sync with global regulations such as the Foreign Account Tax Compliance Act of the US, and the global ‘common reporting standards'. Compliance with KYC norms is a key requirement.

All of this happened after Adani Group recently became the 3rd Group in India to cross $ 100 Billion in market cap with each of the 6 stocks giving multibagger returns in the past 1 year.

Sucheta Dalal, an Indian business journalist also gave a hint through her tweet about it indirectly without taking the name.

However, now the stocks have recovered quite a bit of ground, few of which are even hitting upper circuits also. Pankaj Chaudhary, the State Minister of Finance told the Parliament recently that entities related to Adani Group are being investigated by the securities regulator, SEBI, the customs authorities, Directorate of Revenue Intelligence with regard to compliance of ‘know-your-customer' norms.

It is expected that the investigation will go on for around 6 more months and it is hard to say what the results will be. And it is also very difficult to expect that these shares will give those great returns as they did last year.

So, what do you think should be done with the holding of these shares now? Should we sell or hold?

Please share your opinion in the comments section below!