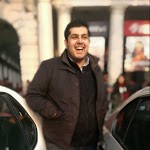 
• Tax audit was introduced in the year 1984. The main purpose was to ensure the accuracy of books of accounts maintained, which forms the basis of computation of income of the assesse

• The onerous responsibility was casted on chartered accountants.

• Time and again changes were made in the reporting requirements of tax Audit report which not only widened the scope of audit to an incredible scale but has also indicated the trust banked upon the Chartered Accountancy Profession by the Government.

• The authorities also seek the suggestions of ICAI for changes to be made in the reporting requirements, which are submitted to them from time to time. In fact it was the recommendation of ICAI and persistent follow up thereof, due to which the system of e-filing of Tax audit reports became a realty in the year 2013

• The tax audit report is required to be uploaded using digital signature of the tax auditor.

• A question may arise whether a tax auditor appointed under section 44AB can be held responsible if he does not complete the audit and if the tax audit report is not uploaded before the specified date. Answer to this question will depend on the facts and circumstances of the case. Normally, it is the professional duty of the chartered accountant to ensure that the audit accepted by him is completed before the due date.

• If there is any unreasonable delay on his part, he is answerable to the Institute if a complaint is made by the client. However, if the delay in the completion of audit is attributable to his client, the tax auditor cannot be held responsible. It is, therefore, necessary that no chartered accountant should accept audit assignments which he cannot complete within the above time frame.

In order to ensure proper compliance with section 44AB, section 271B Has been enacted:

“If any person fails to get his accounts audited in respect of any previous year or years relevant to an assessment year or furnish a report of such audit as required under section 44AB, the assessing Officer may direct that such person shall pay, by way of penalty, a sum equal to one-half per cent of the total sales, turnover or gross receipts, as the case may be, in business, or of the gross receipts in Profession, in such previous year or years or a sum of one hundred fifty thousand rupees, whichever is less."

Some of the instances where Tribunals/Courts have accepted as "Reasonable cause" are as follows:

(a) Resignation of the tax auditor and consequent delay;
(b) Bona fide interpretation of the term `turnover' based on expert advice;
(c) Death or physical inability of the partner in charge of the accounts;
(d) Labour problems such as strike, lock out for a long period, etc.;
(e) Loss of accounts because of fire, theft, etc. beyond the control of the Assesse;
(f) Non-availability of accounts on account of seizure;
(g) Natural calamities, commotion, etc.

any member in part-time practice (namely, holding a certificate of practice and also engaging himself in any other business and/or occupation) is not entitled to perform attest functions including tax audit.(resolution passed by ICAI)

Statutory auditor and tax auditor can be different

Tax audit under section 44AB being a recurring audit assignment, for expressing professional opinion on the financial statements and the particulars, the member accepting the assignment should communicate with the member who had done tax audit in the earlier year as provided in the Chartered Accountants Act. When making the enquiry from the retiring auditor, the member accepting the assignment should find out whether there is any professional or other reasons why he should not accept the appointment.

The professional reasons for not accepting the appointment include:

• Non-payment of undisputed audit fees by auditees other than in case of sick units for carrying out the statutory audit under the Companies Act, 1956/2013 or various other statutes.

The appointment of the auditor for tax audit in the case of a company need not be made at the general meeting of the members. It can be made by the Board of Directors or even by any officer, if so authorised by the Board in this behalf. The appointment in the case of a firm or a proprietary concern can be made by a partner or the proprietor or a person authorised by the assessee. It is possible for the assessee to appoint two or more chartered accountants as joint auditors for carrying out the tax audit, in which case, the audit report will have to be signed by all the chartered accountants. In case of disagreement, they can give their reports separately. (SA 299)

The position of a tax auditor for conducting audit under section 44AB will be considered as an office of profit. Therefore, the provisions of section 314 of the Companies Act, 1956 will be attracted when a relative of a director is appointed as a tax auditor of the company, if the remuneration thereof exceeds the limits prescribed

The audit report given under section 44AB is to assist the income-tax department to assess the correct income of the assessee. In order that the tax auditor may be in a position to explain any question which may arise later on, it is necessary that he should keep necessary working papers about the evidence on which he has relied upon while conducting the audit and also maintain all his necessary working papers. Such working papers should include his notes on the following, amongst other matters:

Where an audit has already been conducted and the opinion of the auditor has been expressed on the accounts, it would not be necessary to repeat the entire exercise to express similar opinion all over again. The tax auditor has only to annex a copy of the audited accounts and the auditor's report and other documents forming part of these accounts to his report and verify the particulars in the prescribed form for expressing his opinion as to whether these are true and correct.

(a) in the case of a person who carries on business or profession and who is required by or under any other law to get his accounts audited, be in Form No. 3CA;

(b) in the case of a person who carries on business or profession, but not being a person referred to in clause (a), in Form No. 3CB.

Sub-rule (2) of Rule 6G further provides that the particulars which are required to be furnished under section 44AB shall be in Form No. 3CD the audit report in Form No.3CB is in two parts.

The first part requires the tax auditor to give his opinion as to whether or not the accounts audited by him give a true and fair view:

(i) in the case of the balance sheet, of the state of affairs as at the last date of the accounting year.

The second part of the report states that the statement of particulars required to be furnished under section 44AB is annexed to the audit report in Form No. 3CD. The tax auditor is required to give his opinion whether the prescribed particulars furnished by the assessee are true and correct, subject to observations and qualifications

This form is to be used in a case where the accounts of the business or profession of a person have been audited under any other law.

The first part of the report refers to the fact that the statutory audit of the assesse was conducted by a chartered accountant or any other auditor in pursuance of the provisions of the relevant Act, and the copy of the audit report along with the audited profit and loss account and balance sheet and the documents declared by the relevant Act to be part of or annexed to the profit and loss account and balance sheet, are annexed to the report in Form No.3CA.

In the case of a person who carries on business or profession but who is not required by or under any other law to get his accounts audited, the audit report has to be given in Form No. 3CB. Form No. 3CB consists of five paragraphs