Highlight and Some question of Company ACT 2013 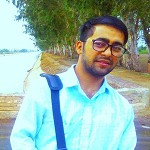 Ans. 1. directors: Under Section 149 of the 2013 Act, there is a specific obligation on every listed public company that at least one-third of the board of directors should comprise of independent directors. This mirrors the requirement in Clause 49 of the listing agreement, and marks the first time that corporate governance norms have been recognised in company law in India. Additionally, Section 177(3) states that the majority of the members of an audit committee (in a listed company) must be comprised of independent directors.

2. Companies Act, 1956 did not contain any reference to independent directors. Further, the reference found in Clause 49 of the listing agreement is only applicable to listed companies.

3. Whether  director  liable for all fraud of company under New Act?

4. What is Nidhi Company?

Nidhi company is a company registered under Companies Act and notified as a Nidhi company by Central Government under Section 620-A of Companies Act. It is a non-banking finance company doing the business of lending and borrowing with its members or shareholders.

5. What is Producer Company?

A producer company is basically a body corporate registered as Producer Company under Companies Act, 1956 and shall carry on or relate to any of following activities classified broadly:-

(a) production, harvesting, processing, procurement, grading, pooling, handling, marketing, selling, export of *primary produce of the Members or import of goods or services for their benefit :

(b) rendering technical services, consultancy services, training, education, research and development and all other activities for the promotion of the interests of its Members;

(c) generation, transmission and distribution of power, revitalization of land and water resources, their use, conservation and communications relatable to primary produce;

i. What is the capital limit of OPC (one person company)

ii. What is Takeover Offer Statement

- As per the draft rules-

7. What is the Class action, Provision of Class Action suits / class action may be against auditor possible

- For protection of shareholders concept of “Class Action suit” inserted

8. Meeting through Video Conferencing / minutes of video meeting itself valid or need to sign or not by chairman/ and other director attending meeting? Quorum of that?

- Director can participate in the Board meeting through video conferencing or other audio visual mode as may be prescribed.  Sec 173

- To approve the annual financial statements; and

- To approve the board’s report.

10.One person company have a only one director whether require board meeting (Sec 173)

In case of only One Director in OPC, requirement of holding meeting will not apply

- OPC/ small co - For One Person Company (OPC), small company and dormant company at least 1 Board meeting must be held in each half of a calendar year with a gap of not  less than 90 days between two Board Meetings

12. Resolution passed requirement majority or not?

13. What is Treasury stocks?

A treasury stock or reacquired stock is stock which is bought back by the issuing company, reducing the amount of outstanding stock on the open market ("open market" including insiders' holdings).

Stock repurchases are often used as a tax-efficient method to put cash into shareholders' hands, rather than paying dividends. Sometimes, companies do this when they feel that their stock is undervalued on the open market. Other times, companies do this to provide a "bonus" to incentive compensation plansfor employees. Rather than receive cash, recipients receive an asset that might appreciate in value faster than cash saved in a bank account. Another motive for stock repurchase is to protect the company against a takeover threat.

- At least one independent director to be present at a Board Meeting called at shorter notice to transact urgent business.

17. When can alteration director can appoint

18.What is provision of appointment of women director

a) At least 1 woman director for prescribed class or classes of companies. 2nd proviso to Section 149(1)

b) As per the Draft Rules: Listed Companies, and every other public company with paid up capital > Rs 100 cr; or turnover > Rs 300 cr.

Whether OPC can appointment more than 1 Director?

Can company can appoint more than 15 director?

21. Independent director can get stock option

ANS- Independent director shall not be entitled to any stock options

22.Whole Time Director shall not be appointed for more than 5 years

23.VACATION OF OFFICE OF DIRECTOR – SECTION 167

- When Director fails to attend all Board Meetings for consecutive period of 12 months. This even when the leave of absence has been granted

- When Director is disqualified by an order of court or Tribunal under any Act not only the Companies Act.

- When all directors have vacated the office:

- The promoter shall appoint minimum number of members

25. Can single person can be proxy for 5 member

- Single person not to be proxy for more than 50 members

- For companies > 1000 shareholders, debenture-holders, deposit-holders and other security holders at any time during a FY

- Chairperson : non-executive director and other members as may be decided by the Board

27. What is AUDIT COMMITTEE…….VIGIL MECHANISM?

- Adequate safeguards against victimization of persons who use such mechanism

- Provision for direct access to the chairperson of the audit committee

CSR activities to be within India only

29. Fraud and liability of ca

Where provisions contravened by auditor knowingly or willfully with intention to deceive company or shareholders or creditors or tax authorities, punishable with imprisonment extending not less than one year, and fine being minimum INR 1 Lakh and maximum INR 25 Lakh.