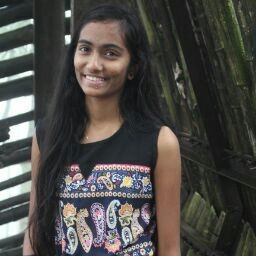 The economy and the trade have grown to a greater extent as compared to the ancient period and people have come with many types of dealings and transactions over a period of time to either attract the customers, to reduce their costs or to make things easier for conducting their business. One such transaction is High Sea Sale.

In this article, we have provided the meaning and procedure of high sea sales, valuation, taxation and other aspects relating to high sea sales under GST.

What is high sea sale?

High Sea Sales [HSS] is a common trade practice within four corners of law whereby the original importer of goods sells the subject goods to a third person before the goods are entered for customs clearance.

HSS in general understanding is a sale where importer sells the goods to another buyer after the goods are loaded on a carrier such as ship, aircraft in exporter’s country while the goods are yet on high seas or in the air or sale of the goods after their dispatch from the port/ airport of export and before their arrival at the destination port/ airport.

For example, A located in Mumbai procures goods from vendor B of USA. The goods are exported from USA and when the goods are in transit, A enters into a contract with C of Nagpur, and sells these goods to C, before the goods crosses the customs frontier of India. The sale of goods by A of Mumbai to C of Nagpur, while they are in transit is called high sea sale.

There is no bar on same goods being sold more than once on high seas. The same consignment of goods in transit can be sold multiple times before such goods cross customs frontier and enter into territory of India.

In the case of HSS, the end HSS buyer would be treated as importer. He clears the goods from customs on payment of applicable import duties. Further if there is any end user-based exemptions in respect of the goods, then such end HSS buyer who uses such goods, for specified purposes can claim such exemptions/concessional tax benefits when he presents the bill of entry for home consumption at customs.

For example, the goods imported by EOUs or SEZs are normally exempted from the payment of BCD and IGST on the import of goods. Where the HSS seller purchases the goods from outside India and enters into an HSS contract with an EOU or SEZ when such goods are in the transit, such EOU or SEZ would not be required to pay BCD and IGST when it files the bill of entry for home consumption.

Circular 14/2017- Customs dated 11th April 2017 provides the procedure for amending IGM. The shipper would be required to file an application for the amendment in the IGM in its letter head.

The following documents are required to be filed along with the application for the amendment in the IGM:

Minor amendment: Where the HSS contract was entered and notarised or attested by the bankers before the date of the IGM then the IGM can be amended under minor amendment by the shipping line.

Major amendment: Where the HSS contract was entered and notarised or attested by the bankers after the date of the IGM, then the amendment would be dealt by the Customs as a major amendment.

Note: The amendment of IGM could be adjudicated if the Customs department contend that such major amendments involve fraudulent intention or substantial revenue implication arising from the amendments.

Procedure in the case of multiple HSS:

Whether GST is applicable on the HSS-

Difference between HSS and bond sales: The imported goods are at times stored in the warehouses before filing the bill of entry for home consumption in the name of buyer. The storing is commonly referred to as bonding of goods or stored in the bonded warehouse as the customs duty on such goods is assessed and paid only on the date of clearance of goods from the customs authority. Such goods are thereafter sold ex-bond to the buyer.

Bond sales i.e., sale of warehoused goods is not similar to the case of HSS since the sale/ transfer of imported goods after warehousing cannot be considered to have been made in the course of international trade. Sometime HSS buyers buy goods after their arrival. Such sales are also not HSS.

Reversal of ITC as attributable to HSS

The Authority for Advance Ruling under GST, Maharashtra in the case of Basf India Limited- 2018-TIOL-82-AAR-GST dated 21st May 2018 has held that goods sold on HSS by the HSS seller is a supply which is not taxable under GST [i.e., non-taxable supply] and is exempt supply. Input tax credit of common inputs, capital goods and input services to the extent related to HSS is required to be reversed by the HSS seller.

Based on the above ruling, a view might arise that the common credits to the extent relating to HSS is required to be reversed by the HSS seller. However, this might not be correct as the sales effected outside India cannot be treated as covered under the scope of supply under GST.

However, the above advance ruling does not have much persuasive value. These rulings are not applicable and cannot be relied upon by any person other than the applicant of the ruling.

HSS, though has several benefits as discussed above, is required to be practiced and complied with utmost care and diligence with proper documentation. Where the HSS seller or buyer is not in a position to prove that the title of the goods in high seas was transferred before such goods enter the customs area, the possibilities are that there could be excess payment of BCD and IGST. The government has clarified the position of high sea sales under GST in favor of the assessee that it would not be taxable under GST by treating it as an activity which is not a supply.

Hope our article was helpful to you.