This GST Charcha deciphers into recent changes in GST Laws made vide Clause No. 103 of the Finance Bill, 2021 to provide certainty as to leviability of interest only on Net Tax Liability. 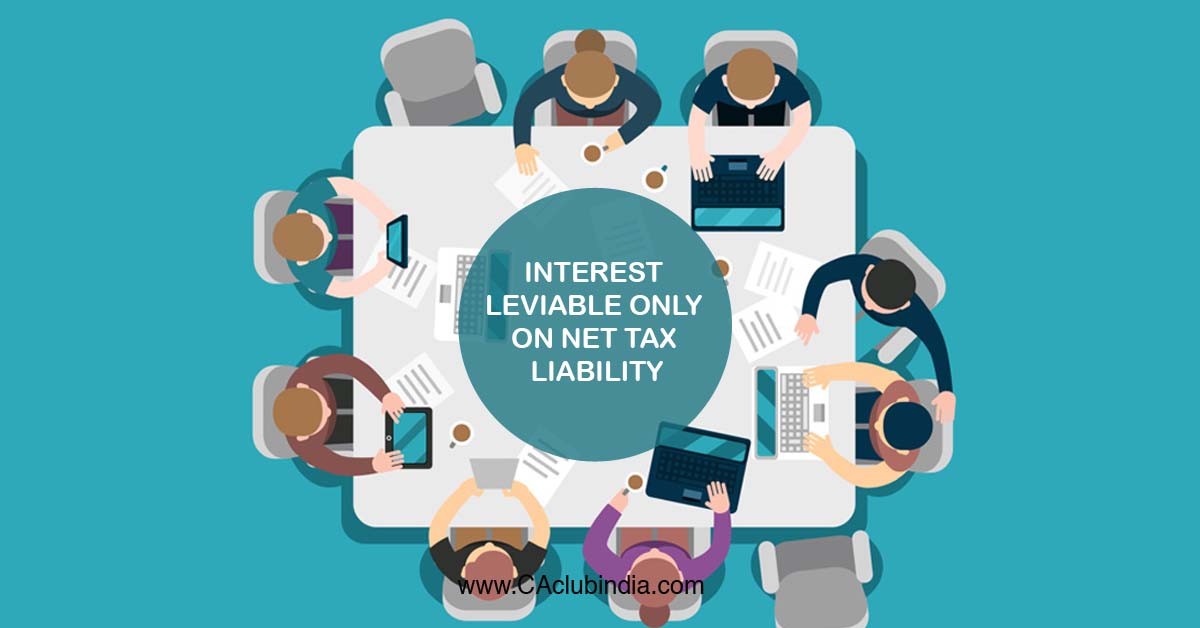 '50. Interest on delayed payment of tax.

(1) Every person who is liable to pay tax in accordance with the provisions of this Act or the rules made thereunder, but fails to pay the tax or any part thereof to the Government within the period prescribed, shall for the period for which the tax or any part thereof remains unpaid, pay, on his own, interest at such rate, not exceeding eighteen per cent., as may be notified by the Government on the recommendations of the Council.

Provided that the interest on tax payable in respect of supplies made during a tax period and declared in the return for the said period furnished after the due date in accordance with the provisions of section 39, except where such return is furnished after commencement of any proceedings under section 73 or section 74 in respect of the said period, shall be payable on that portion of the tax which is paid by debiting the electronic cash ledger.''

Certainty as to interest leviable only on Net Tax Liability

It has been proposed to retrospectively substitute the proviso to Section 50(1) of the CGST Act, so as to charge interest on delayed payment of GST on net tax liability only and that too with effect from the July 1, 2017.

Despite the 39th GST Council's recommendation in place with regard to imposing interest liability retrospectively on net tax liability, the government still chose to appoint September 1, 2020 as the date when proviso to Section 50(1) of the CGST Act was made effective. Though, press release and instructions were issued to clarify for recovery of interest on net tax liability w.e.f. July 1, 2017, but still litigations were seen. With this retrospective substitution, the issue will now be finally settled.

However, it is to be noted that the GST liability has to be paid on accrual basis irrespective of the fact that buyer has made the payment of GST to the supplier and if the supplier does not deposit the GST by due date, interest @ 18% p.a. is payable. This makes it difficult for SME and MSME to make payment as they do not have huge working capital and have to take loan to fund working capital requirements for payment of GST.

Note: Amendments carried out in the Finance Bill, 2021 will come into effect from the date when the same will be notified and when the said clause also gets concurrently notified with the corresponding amendments passed by the respective States and Union territories in respective SGST/ UTGST Act.