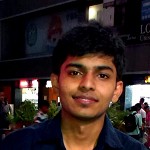 
GST is a single tax on the supply of goods and services, right from the manufacturer to the consumer. Credits of input taxes paid at each stage will be available in the subsequent stage of value addition, which makes GST essentially a tax only on value addition at each stage. The final consumer will thus bear only the GST charged by the last dealer in the supply chain, with set-off benefits at all the previous stages.

(iii) Import of goods or services would be treated as inter-State supplies and would be subject to IGST in addition to the applicable customs duties.

(iv) CGST, SGST & IGST would be levied at rates to be mutually agreed upon by the Centre and the States under the aegis of the GSTC.

(v) GST would replace the following taxes currently levied and collected by the Centre:

(vi) State taxes that would be subsumed within the GST are:

(vii) GST would apply to all goods and services except Alcohol for human consumption, Electricity and Real Estate. On petroleum products it would be applicable from a date to be recommended by the GSTC. Tobacco and tobacco products would be subject to GST. In addition, the Centre would continue to levy Central Excise duty.