The Central Goods & Services Tax Act 2017, or CGST Act 2017, is a law that allowed the government to introduce guidelines for all the GST related queries and topics in the past at the time when they were first introduced in India in 2017. It is since being used to add more rules & regulations when needed through this act. Under Rule 148 under this act, a special procedure has been laid down by the government through Notification No. 11/2020- Central Tax, which was dated 21/03/2020. It says that every Interim Resolution Professional (IRP) or Resolution Professional (RP) needs to mandatorily apply for a fresh new registration application under GST for each of the states where the registration process for the corporate debtor has been done within a period of 30 days before the date of appointment or if his appointment has already been done before his date of appointment and notification, the corporate debtor has to apply for the fresh registration procedure within 30 days of the date of this notification.

This was then later removed as per Notification No. 39/2020- Central Tax, which was dated as 05/05/2020. In other words, there is no need for the fresh application procedure for the GST registration to be followed but only if the corporate debtor has already filed the returns prescribed under Rule 37 & 39 of the CGST Act, 2017 for all the tax periods prior to the appointment of IRP or RP.

1. How are the dues of the pre-CIRP period be dealt & is the IRP or RP liable for the GST compliances for that period? 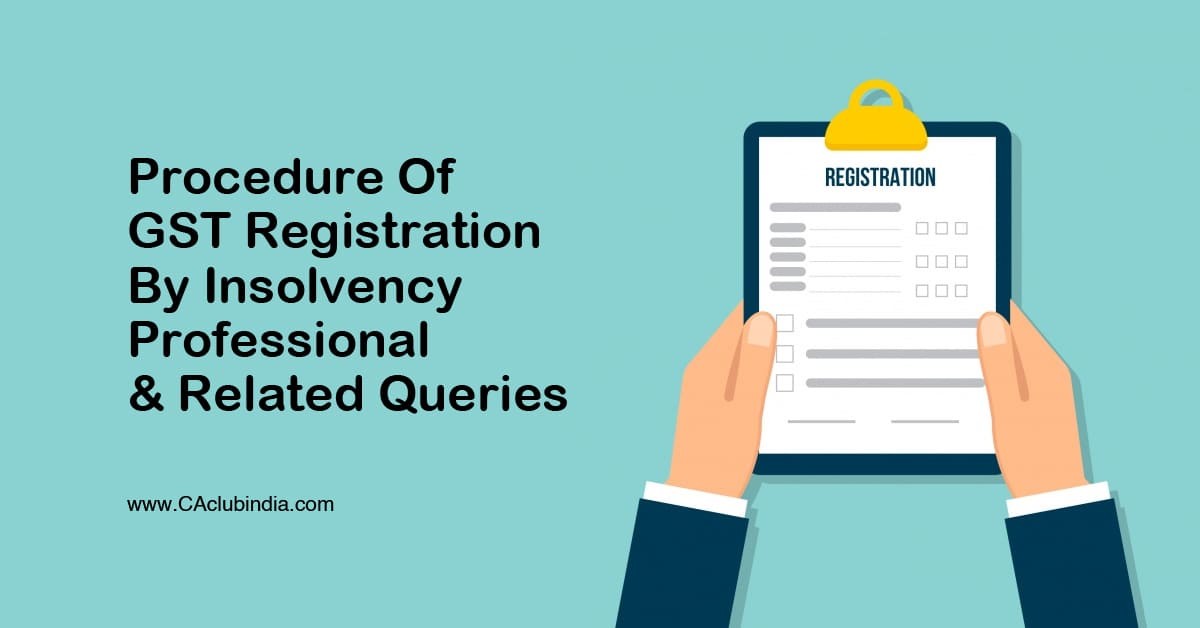 2. What happens with the already existing GSTIN of the corporate debtor?

3. Is the IRP or the IP required to comply for the period from his date of appointment till the date of the new registration granted?

4. Is the IRP or the IP eligible to claim ITC for all the invoices of the period post his appointment as IRP or IP & before the date of this Notification No. 11/2020- Central Tax, which was dated as 21/03/2020, and whether he is eligible to claim the refund of the amount which was deposited in Electronic cash ledger for the said period?

5. What will happen if the IRP or the IP who was appointed earlier but was then later on replaced by the RP after obtaining the new GST registration?

And these were the queries that were clarified when the government introduced   Circular No. 134/04/2020 & Circular No. 138/08/2020.  Whenever things are updated or improved, more questions arise from those and that’s why questions are rising that need some clarification and thus why these queries are really important to be clarified. So, when in the future there are more updates in the act, there might be more queries that come up and need to clarify similarly. And thus concludes the procedure by GST registration insolvency professional and the queries related to it.


Category GST, Other Articles by - Shweta