Arjun (Fictional Character): Krishna, massive changes have been made in the GST law to take effect from 1st January 2021. What is the need for such changes?

Krishna (Fictional Character): Arjuna, the year 2020 has seen a large number of false transactions & malpractices of the taxpayers. Hence in the new year 2021, to curb malpractices used by taxpayers for tax evasion, the GST department is now implementing its new tools to brush out anomalies in the system.

Arjun (Fictional Character): Krishna, what the critical changes that taxpayers need to take severe care of?

Krishna (Fictional Character): Arjuna, here is the gist of the major changes which will take effect from this new year :

I - Registration (Rule 8): Along with the verification of original copies of documents uploaded in FORM GST REG-01, the taxpayer is given the option for authentication of the Aadhar number. If any taxpayer does not opt for such authentication or fails to do so, then the time limit for the system based GST registration for such taxpayer is increased from 3 days to 7 days. Further, if the department feels fit to carry out physical verification, the time limit shall be 30 days instead of 7 days. 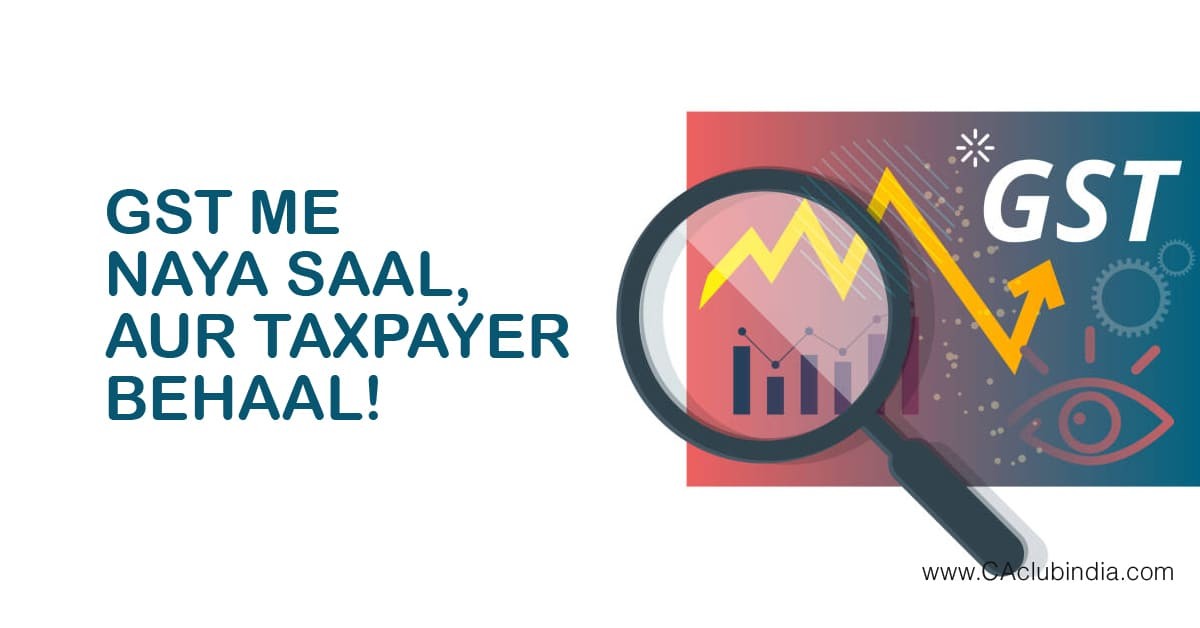 II - Cancellation of registration (Rule 21): Any taxpayer under GST, if found to violate the three provisions given below, registration of such taxpayer shall be canceled:

i. Violation of the provisions of Section 16 i.e. Input Tax Credit.

ii. Furnishes excess outward supply in GSTR-1 as compared to that furnished in GSTR-3B.

iii. Violates the provision of rule 86 B (1% payment through cash ledger).

III - Suspension of Registration: Taxpayer’s registration can be suspended in cases where there are Significant differences or anomalies in [GSTR-1 & GSTR-3B], [GSTR-3B & GSTR-2B (ITC)] and any other contravention of the GST Act, 2017.

IV - Reduction in the percentage of ITC as per statement GSTR-2B w.e.f. 01-01-2020: Rule 36(4) which earlier allowed taxpayers to take provisional ITC of 10%, the same now has been reduced to 5%. This change will have a big impact on tax liability, and cause hardships to small taxpayers who file quarterly returns.

i. Small taxpayers will not be able to file GSTR-1 if they have not filed GSTR-3B for the last 2 months.

ii. For taxpayers who have opted for quarterly filing of GSTR-1 are not allowed to file GSTR-1 if they have not filed GSTR-3B for the last quarter.

iii. Large taxpayers are not allowed to file monthly GSTR-1 if GSTR-3B is not filed for the last period.

Now, taxpayers can use their credit ledger against GST liability only up to 99%, therefore paying 1% of their liability in cash. Rule 86B will apply when the value of the monthly taxable supply is more than 50 Lakhs. This rule excludes exempt & Nil rated supply. This rule shall not apply in four cases :

i. Taxpayers who have paid Income tax of Rs. 1 Lakh or more in the last two Financial years.

ii. Received refund of GST of Rs. 1 lakh in the respective financial year.

iii. Discharged tax liability above 1% of total tax cumulatively up to the current month of FY.

Krishna (Fictional Character): Arjuna, taxpayers need to be watchful about GST compliances, otherwise “Nazar hati, to durghatna ghati” will prove its essence. Let’s hope that genuine taxpayers will not get harassed.

Wish all of you a very Happy, Healthy & Wealthy New year.