It is witnessed that there is a surge in Vehicle detention cases under GST in the past few months. The Finance Act 2021 also amended Section 122 and Section 129 by which it is understood that movement of goods under GST would become all the more stricter. However various Court decisions in the GST Era lay down certain important Principles and Precedents which taxpayers can take shelter under. These Courts Decisions lay down various disciplines which the Department should generally keep in mind before passing detention orders.

Detention: Goods can be offloaded as per convenience of the transporter

In a case where E-Waybill had allegedly expired at the time of detention but was renewed before detention order was passed, the following position was also taken by The HIGH COURT AT PATNA in the case of RAM CHARITRA RAM HARIHAR PRASAD. In the instant case, The Hon’ble Court held inter-alia that –

“.. that there is no change in the nature of goods or the mode of conveyance and the generation had been done by the petitioner on 26.04.2019 i.e. before the detention order then in absence of any prescription in the Rule which debars a dealer from generating such E-WAY BILLS on its expiry, where is the default to invite a proceeding..

…For the reasons so recorded, we quash the proceedings in its entirety together with the demand dated 07.05.2019 impugned at Annexure-5 which is accordingly quashed and set aside.. ” 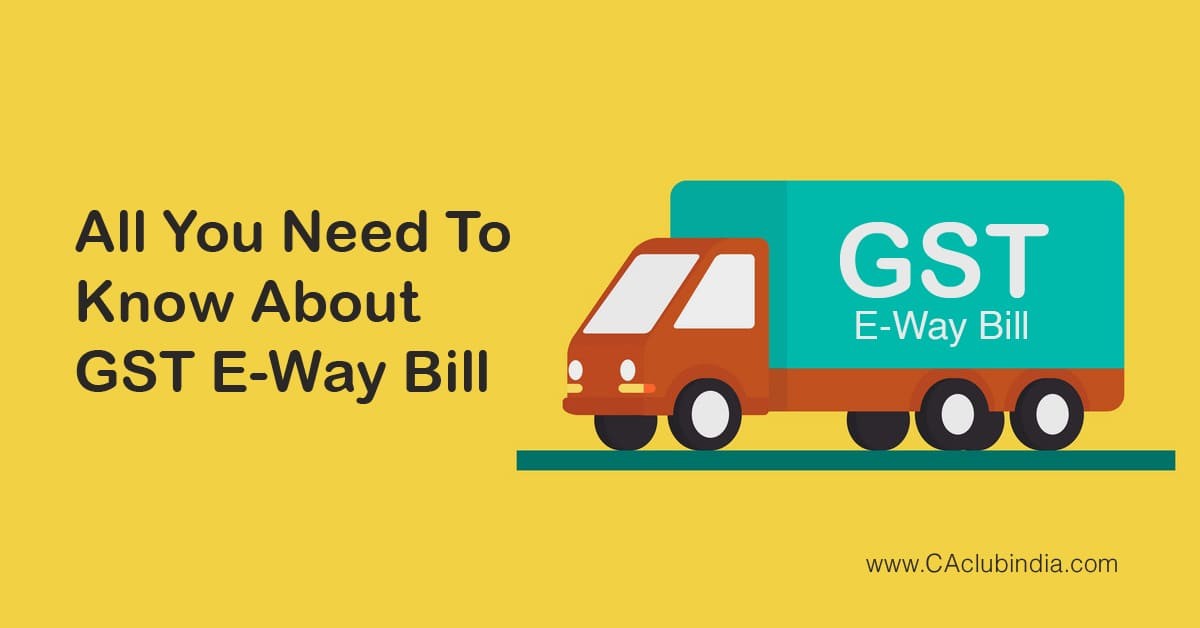 Detention during return from Job Worker

GST - Detention of consignment for mis-match in the value of the goods as in the e-way bill and job work invoice - detention of the goods during the return journey from the job-workers premises to the petitioner's premises.

The Kerala High Court held that the consignment was covered by the job-work invoice, an e-way bill as also the delivery challan that originally accompanied the goods on its transportation to the job worker's premises. There could be no doubt with regard to the identity of the goods that were being transported and the difference in the value shown in the e-way bill was only on account of the requirement of maintaining uniformity in the value shown in the tax invoice raised by the job worker and the e-way bill generated by him - the detention in this case is wholly unjustified and set aside. Therefore, the writ petition is allowed.

GST - Sec. 122(xiv) & 126 - Quantum of penalty for transportation the taxable goods without the cover of valid e-way bill

Petitioner case that goods carrying vehicle had broken down and during trans-shipment, the e-way bill could not be amended due to COVID 19 situation and consequential countrywide lock-down

The Tripura High Court held that the petitioner has committed gross negligence by not upgrading or amending the e-way bill when the regular e-way bill had expired in transit - the breach definitely falls within the ambit of Section 122(xiv) of the CGST Act and as such the petitioner is liable to penalty. However, for the breach which falls under Section 122(xiv), the penalty is Rs.10,000/- only.

Ship to location wrong due to sale in transit

Noticing the conveyance at a wrong destination’ without anything more cannot be said to be a contravention of the CGST Act, 2017 and that by itself not an taxable event.

There is no prohibition to sale of goods in transit by the purchaser to a third party, it is a well recognized trade practice – there is no suspicion of the bona fides of transaction merely because the e-Way Bill was generated along with a tax invoice in favour of purchaser in about two hours after the vehicle’s detention and cannot be construed that petitioner had an intention to unload the goods.

If the intention of the petitioner to unload the goods is pursuant to instruction from its purchaser to deliver at the latter’s Job work site and not to evade the tax or contravene any provision of law, no adverse inference can be drawn against the petitioner.

Invoice not in consecutive serial no.

Further, the doubt entertained by the respondents were in respect of goods that may have been transported under cover of the invoices that numerically fell between the numbers shown in the invoices that were carried along with the goods, and in that sense, pertained to goods other than those that were actually detained.

Detention due to under Valuation

The entire proceedings for detention of the vehicle and the seizure of the goods being in total contravention to the GST law.