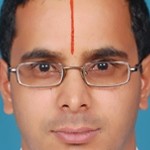 Advance Ruling means the determination of a question of law or question of fact with respect to duty or tax payable in relation to an activity which is proposed to be undertaken, by the applicant. In other words, it is a ‘Ruling’ to determine in advance the tax liability in respect of a proposed economic or business activity.

The similar concept has been brought in under the new Indirect Tax Regime. Chapter XVII of the Central Goods and Service Tax Act, 2017 (equivalent provisions also provided in the State Goods & Services Tax Acts) deals with the said aspects. Relevant provisions spread over 12 sections i.e. Section 95 to 106. Applicable Rules on Advance Ruling has been provided in Chapter XII of Central Goods and Services Tax (CGST) Rules, 2017. Rule 103 to 107A deals with procedural aspects such as Appointment of Members, Application to the Authority, manner to move Appellate Authority, etc.

Section 95(a) of the Central GST Act, defined the term ‘Advance Ruling’ as a decision provided by the Authority or the Appellate Authority to an applicant on matters or on questions specified in sub-section (2) of Section 97 or sub-Section (1) of Section 100, in relation to the supply of goods or services or both being undertaken or proposed to be undertaken by the applicant.

Key objectives of setting up of the Authority

Issues may be raised with the Authority

Sub-section (2) of Section 97 & Sub-Section (1) of Section 100 of the Central GST Act, 2017 deals with certain definite questions which are eligible to raise with the Authority. They are -

Rule 104 of Central GST Rules prescribed a FORM GST ARA-01 and shall be accompanied by a fee of Rs. 5,000 rupees, to be deposited in a specified manner. Due to the absence of an online mechanism, for the time being, an application for advance ruling can be made manually, in quadruplicate.

The Central GST Act provides due powers to both Authority for Advance Ruling (AAR) and Appellate Authority (AAAR) to amend their own order to rectify any mistake within a period of six months from the date of the order. A mistake may be noticed by the authority suo motu, by the applicant or the jurisdictional officer. If a rectification has the effect of enhancing the tax liability or reducing the quantum of Input Tax Credit (ITC), the applicant must be heard before the order is passed.

Advance Rulings and Its Binding

An advance ruling pronounced by the AAR shall be binding on the applicant who raised the question, the jurisdictional Officer and the authorities subordinate to him, in respect of the applicant subject to change in law or facts as the case may be. The Hon’ble High Court of Delhi High in UAE Exchange Ltd. v. UOI 236 ELT 223 affirmed the above-stated position. However, an applicant or interested person may challenge an advance ruling by filing a writ petition under Articles 226 with the jurisdictional High Court or under Article 32 with the Supreme Court of India.

Appeals against the Order of AAR

Any aggrieved party can file an appeal with the AAAR. An appeal must be filed within thirty days from the date of the receipt of the advance ruling. The appeal has to be in prescribed form and has to be verified in a prescribed manner. The AAAR must pass an order after hearing the parties to the appeal within a period of ninety days of the filing of an appeal. In case of difference of opinion among members of AAAR, it is presumed that no such advance ruling is issued in respect of the question under appeal.

The all-powerful GST Council recently pushed both Central and State Governments to set up appellate authorities under Section 99(2) of the CGST, Act, 2017 to appeal against orders of the AARs. According to State GST laws, all States are required to set up at least one AAR for seeking advance ruling over GST levy and one AAAR to hear appeals against the AAR Order.

About 13 states, including Karnataka, Tamil Nadu, West Bengal, Gujarat, Madhya Pradesh, Rajasthan and Uttar Pradesh, have issued notifications for setting up of AAARs.  State GST laws mandate that the appellate authority shall have two members such as the Chief Commissioner of Central Tax as designated by Central Board of Indirect Taxes & Customs (CBIC) and the Commissioner of State Tax. For instance, Karnataka – Appellate Authority will be headed by,

High Seas Sales are the sales taking place prior to the imported goods crossing the Customs frontier. The Authority for Advance Ruling, Gujarat, held that the taxability of High Sea Sale falls under the domain of Customs and not under the Goods and Services Tax Laws. 94 taxmann.com 155 (AAR-GUJARAT)

GST on ‘Duty-Free’ shops at Airports

The Authority for Advance Ruling, New Delhi recently held that the GST can be levied on Duty-Free Shops stating such outlets at the Delhi International Airport are not free duties under the GST regime. However, Ministry of Finance, GoI, recently clarified that international passengers are not subject to GST for buying goods at the airport ‘Duty-Free shops. Official Circular is awaited.

The Authority for Advance Ruling, Kerala, recentlyheld that recovery of food expenses from the employees for the canteen services provided by the company is nothing but an ‘outward supply’ under Central GST Act, 2017 and taxable accordingly. Caltech Polymers Private Limited, Malappuram, Order No. CT/531/18-C3 dated 26.03.2018

The Authority for Advance Ruling, Maharashtra, recently held that the coaching centres providing tuition to prepare students for entrance examination are subject to liable to pay GST at rate of 18 percent. An application was filed to seek whether the services related to providing the coaching for entrance examination will come under the ambit of the Goods and Services Tax regime. Sri. Simple Rajendra Shukla, Order No. GST-ARA-06/2017/B-05 dated 09.03.2018

The Authority for Advance Ruling, New Delhi, recently held that the registration under GST is mandatory if there is GST liability under Reverse Charge Mechanism. M/s. Sonka Publications (India) Private Limited, Advance Ruling No. 05/DAAR/ 2018 dated 06.04.2018

The Authority for Advance Ruling, West Bengal, recently held that merely manufacturing a skin care preparation using an Ayurvedic authoritative text book does not imply that the product is a medicament. May classified them as and when it is used for cure from treatment or for prevention of specific skin disease. In the given case, the skin care preparation products were classified as medicaments or cosmetic products post consideration of various factors. M/s. Akansha Hair & Skin Care Herbal Unit Private Limited AAR Case No. 01 of 201809.04.2018

The Authority for Advance Ruling, Uttar Pradesh, recently held that ‘AMC’ is a composite part of supply and can be taxed at the rate of 18 percent under the GST regime. M/s. GE Diesel Locomotive Private Limited, made an application questioning with regard to classification of the comprehensive annual maintenance service. Official copy of the Order awaited.

To conclude, it can be stated that the GST Laws brought in a comprehensive provision for advance rulings to ensure that disputes are minimal. The aim is to provide certainty to the tax payer with respect to his obligations under the GST Laws and go a long way to avoid protracted litigation.