The new Companies Act 2013 has changed the regulatory face of the corporate India. The new regulatory changes including greater transparency, increased disclosure norms and sea-changes in various provisions like Loans and Deposits have been the larger issues of discussion with the elite section of the corporate sector. However smaller refinements in the new Act against the old one have also created quite a buzz.

Among other, the one subject which has influenced the corporate sector is the acceptance of Loan and Deposits by Companies. The new Act has made a significant change in this regard.

The Indian economic environment has witnessed a large variety of deposits schemes like mutual benefit finance companies, chit funds, nidhis etc. The history of such schemes is not so good in India. Some of the good companies have closed their businesses overnight and have eroded crores of rupees of investors.

Another popular scheme which is now very common among Indian household is Gold Investment Scheme. What are Gold Invetment Schemes?

Typically, a Gold InvestmentScheme collects monthly installments from customers for at certain period, after which the investor gets some benefits (concessions or discounts) on the principal, which can be redeemed against gold jewellery sold by the company after the installments have been paid for specified period.

Such schemes promise the last installment as free or waived after the payment of all the previous installments. That is, the investor pays for say the first 11 installments and the company shall then pay the 12th installment. It is upto the investor to purchase any jewellery at the prevailing price from the company only. The amount accumulated can thus be used only to purchase in kind and is not refundable in cash. 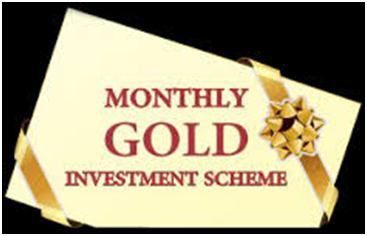 For instance, the ‘Golden Harvest Scheme’ by ‘Tanishq’, a unit of Tata group - Titan Industries Ltd, which has at least 1.5 million customers, requires the customer to pay advance installments for 11 months. The 12th month installment is paid by Tanishq and the accumulated amount can be redeemed against gold jewellery by the customer. The minimum monthly installment amount for Golden Harvest is Rs.500.

The Companies Act, 2013 has brought a comprehensive definition of deposit as “Deposit includes any receipt of money by way of deposit or loan or in any other form by a company, but does not include such categories of amount as may be prescribed in consultation with the Reserve Bank of India”.

Such schemes collect money from investors and will fall in the definition of deposit.

The Central Government has framed The Companies (Acceptance of Deposits) Rules, 2014 in this regard which has been made applicable from 01st April, 2014.

Explanation (a) to rule 2 of said Rules provides that any amount:

(a) received by the company, whether in the form of installments or otherwise, from a person with promise or offer to give returns, in cash or in kind, on completion of the period specified in the promise or offer, or earlier, accounted for in any manner whatsoever, or

(b) any additional contributions, over and above the amount under item (a) above, made by the company as part of such promise or offer,

shall be treated as a deposit;

The Gold Investment Schemes which runs in India will fall in this category and accordingly to all such deposits, the elaborate provisions under The Companies (Acceptance of Deposits) Rules, 2014 shall apply.

Are these schemes may be treated as Advance?

Surely not. Advances are always against some pre-identified goods or service. The question of determining the goods and services at a later date does not arise at all and neither does the element of “returns” does not arise at all. Thus, even if it is argued that the gold investment schemes are in the nature of advances, the argument can easily be struck down as there can be no promise or offer to give returns in case of advances. Even the good (i.e. gold) is not appropriated within 365 days from the date of receipt of advance, which is an essential condition for any money to be treated as Advance for goods or services.

Are these schemes legal?

The popular Gold Investment Schemes running in India is depicted through following chart:

But, still if Internal Rate of Return (IRR) is computed, such rate will exceed 12.50%. For example, the‘Golden Harvest Scheme’ of Tanishq, which is the only scheme for which deposits runs for 11 months, the IRR for deposit of Rs. 1,000/- p.m. is calculated in following table:

This clearly shows that the present jewellery schemes may actually be promising returns under a scheme which is illegal. Thus, such schemes seem to be a complete impossibility.

Besides these, there are other such schemes runs by small jewelers, but the modus-operandi of such scheme is also more or less same.

Companies offering such deposit schemes will also have to comply with requirements like creation of deposit redemption reserve, appointment of deposit trustee, create deposit insurance among others.

The answer is a disappointing ‘no’ and the same can be attributed to the lethargic attitude of regulators. Both, RBI and SEBI have washed their hands off of classifying such gold purchase schemes. The passing the buck game has even been played by the courts of the land.

Thus, even if regulators have washed their hands off in deciding the true character of such gold purchase schemes, the fact remains that the investment of investors was at large risk as there was nothing stopping such companies from ending their operations overnight and walking away with the hard earned money of lakhs of investors.

Will Companies Act, 2013 can stop or atleast regulate these scheme?

The answer is ‘Yes’ by more enforcement of more stringent provision in the Companies Act, 2013. The new Act provides that any non-compliance with Section 74 of the Act, 2013 imposes fine ranging between 1 crore to 10 crores on the company and every officer in default shall be punishable with imprisonment extending upto 7 years or with fine between 25 lakhs to 2 crores or with both.

Gold is treated as a very emotional item in India. Apart from being precious, the yellow stone is one of the common modes of investment of lakhs of households in India. A typical Indian father accumulates his hard earned money for purchasing gold for her daughter at the time of her marriage. The need of country is to regulate such schemes by enforcing proper regulatory measures and successful enforcement of Companies Act, 2013.

Gold retailers bank on such schemes for working capital requirements and a guaranteed customer base. It's the equivalent of interest-free loans that they deploy back into the business. While, some of jewelers have employed this money in highly returned, but risky debt securities.

Although, such schemes arestill running successfully in our country and fortunately, the country has not witnessed any big fraud or consumer complaint for same, apart from RTI’s filed by citizens of country in SEBI and RBI, in this regard.

Views are personal and may not be relied as a professional opinion on any statutory act, section or rule.

The names of Schemes and Companies offering such scheme, used in above article, are just for illustration purpose. The data of scheme is collected at a cutoff date - 20.05.2014.