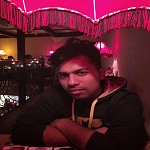 
The government has amended the Foreign Direct Investment (FDI) policy to discourage opportunistic investment in Indian companies by neighboring countries in the midst of the coronavirus pandemic.

WHY IT IS DONE?

This is done to avoid hostile takeovers of Indian firms, the government has also announced that transfer of beneficial ownership in any country that shares a border with India will also need government approval.

India's FDI policy allows foreign investment in certain sectors under the automatic route and up to the limit set out in that sector.

Additionally, it's unclear if investments from Hong Kong would be differently or similarly treated to investments coming from China. For instance, rules on the establishment of Branch or Project Office treat China and Hong Kong as different but for certain trade-related guidelines, they are treated the same, he added. To be clear, the changes have been made only to foreign direct investment and not FPI RULES.

Recently China's Central Bank had increased its stake to 1.01 percent in Housing Development Finance Corporation Ltd.(HDFC Ltd) via the FPI route. The change in FDI rules are not applicable on this move bu the Central Bank of China.

What does the Chinese Embassy have to say?

After the amendment in the FDI policy was made the Chine Embassy sais, "

"India's new FDI norms for investors from specific countries violate WTO's principle of non-discrimination. They go against the general trend of liberalization and facilitation of trade and investment"

What do you think, the amendment in FDI Policy was a much-needed move to protect Indian Companies from opportunistic investments from China or this is against the general trend of liberalization?