1. What is the need for bringing amendments in the Indian Stamp Act, 1899?

2. What mechanism is created through the amendments to the Indian Stamp Act,1899?

Answer: A mechanism for appropriate sharing the stamp duty with relevant State Government based on State of domicile of the buying client has also been included. In the extant scenario, stamp duty was payable by both seller and buyer whereas in the new system it is levied only on one side (payable either by the buyer or by the seller but not by both, except in case of certain instrument of exchange where the stamp duty shall be borne by both parties in equal proportion).

Through the said amendments, the Central Government has created the legal and institutional mechanism to enable States to collect stamp duty on securities market instruments at one place by one agency (through the Stock Exchanges or Clearing Corporations authorized by the Stock Exchange or by the Depositories) on one instrument.

3. What is the Ease of Doing Business by making amendments in the Indian Stamp Act, 1899?

Answer: It will bring in uniformity and affordability of the stamp duty on securities across States and thereby build a pan-India securities market. Further, cost of collection would be minimized while revenue productivity is enhanced. It promotes equity markets and equity culture throughout the country, ushering in balanced regional development.

4. When will be these amended provisions of the Stamp Act and Rules become effective? 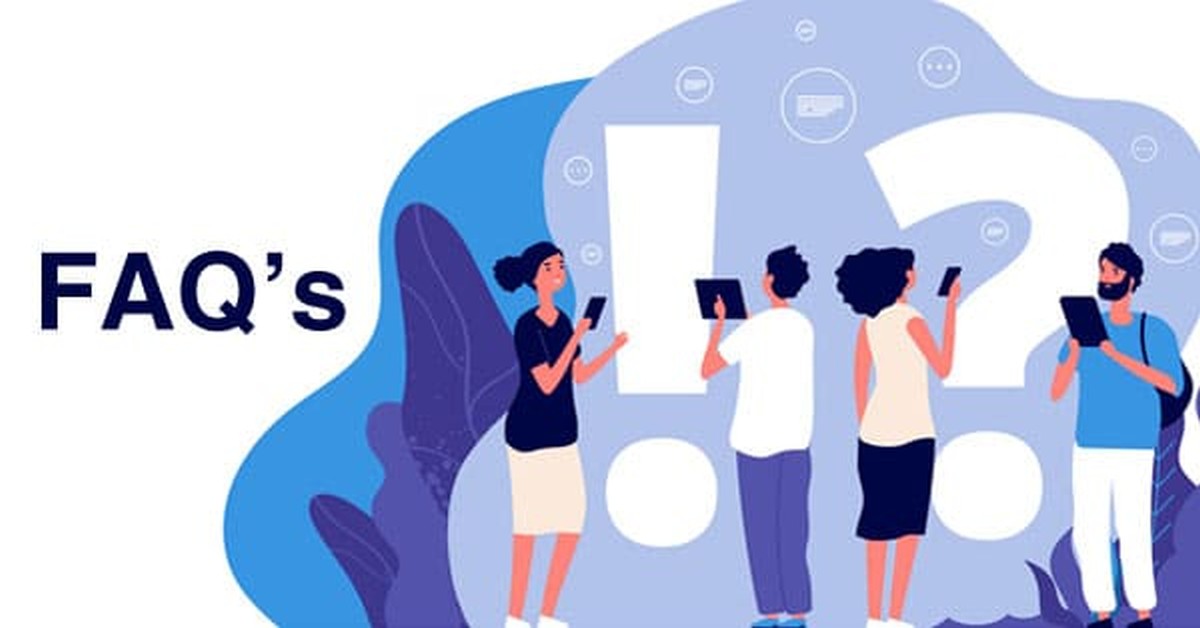 Answer: The amended provisions of the Indian Stamp Act, 1899 brought through Finance Act, 2019 and Rules made thereunder shall come into force w.e.f 1st July, 2020.

5. What all instruments are covered under Part AA of Chapter II of the amended Stamp Act and the Rules made thereunder?

Answer: Each security is charged with a duty as specified in Schedule I of the amended Stamp Act. Securities are defined to include all those instruments specified in clause (h) of section 2 of the Securities Contracts (Regulation) Act, 1956; a “derivative” as defined in clause (a) of Section 45U of the Reserve Bank of India Act, 1934; a certificate of deposit, commercial usance bill, commercial paper and such other debt instrument of original or initial maturity up to one year as the Reserve Bank of India may specify from time to time; repo on corporate bonds; and any other instrument declared by the Central Government, by notification in the Official Gazette, to be securities for the purposes of this Act.

6. Who are authorized to collect the Stamp Duty?

7. What is the manner of collection of stamp duty under new system?

8. What will be the procedure for Transfer of Stamp Duty to each State?

9. What would be the fees for the collecting agent?

Answer: The collecting agent may deduct 0.2 per cent of the stamp-duty collected on behalf of the State Government towards facilitation charges before transferring the same to such State Government.

10. Who will be responsible for official communications regarding stamp duty matter?

Answer: The State Government shall appoint a nodal officer for all official communications with the principal officers (appointed representatives of collecting agents) for the purposes of collection of stamp-duty in accordance with stamp duty Rules.

11. What will be the fine, if collecting agents fails to transfer the duty to the State Government within the time period?

Answer: The collecting agents have to transfer collected stamp duty to the State Government within three weeks of the end of each month. Any collecting agent who fails to collect the stamp duty or fails to transfer stamp duty to the State Government within fifteen days of the expiry of the time specified, shall be punishable with fine which shall not be less than one lakh rupees, but which may extend up to one per cent of the collection or transfer so defaulted.

12. Will any information be provided to the State Government in respect of the stamp duty collected?

Answer: The collecting agent shall submit a return of stamp-duty collected on various transactions to the State Government including details of defaulters in the prescribed format on a monthly basis to be furnished manually or electronically within seven days of the succeeding month.

Further, the collecting agent shall furnish a consolidated return of stamp-duty collected during a financial year manually or electronically on or before the 30th June immediately following that financial year to the concerned State Government and the Accountant General of each State. The State Government may provide an online facility by which a collecting agent shall upload State-wise monthly and yearly returns.

Further, if a collecting agent fails to submit details of transactions to the Government or submits a document or makes a declaration which is false or which such person knows or believes to be false, shall be punishable with fine of one lakh rupees for each day during which such failure continues or one crore rupees, whichever isless.

13. Can amount collected on behalf of States will be utilized for any other purpose?

14. Who will collect the stamp duty in case of private placements/ e-IPOs through Stock Exchange platform?

Answer: As per section 9A(1)(c), stamp duty shall be collected by the Depository on any creation or change in the records of a Depository, pursuant to issue of securities.

This should be followed even in case of private placements/ e-IPOs through stock exchange platform.

15. Do we need to pay stamp duty in case of bonus issue of shares?

Answer: Section 21 of the Amended Indian Stamp Act read with sub-section 16B of Section 2 clearly indicates that stamp duty is to be collected on market value which is based on price or consideration involved.

In case of bonus issue, there is no consideration which means bonus shares are issued free to existing shareholders.

16. Whether units of Mutual Fund comes under the purview of Stamp Duty?

Answer: Sub-Section 23A of Section 2 of the Indian Stamp Act, 1899 defines securities as including securities defined in clause (h) of section 2 of the Securities Contracts (Regulation) Act, 1956 (SCRA). Further, it may be noted that clause (h)(id) of Section 2 of SCRA, 1956, which defines “securities” includes “units or any other such instrument issued to the investors under any mutual fund scheme” under its ambit. Therefore, units of Mutual Fund Schemes are to be considered as securities for the purpose of applicability of stamp duty also

17. Which section of amended Indian Stamp Act, 1899 (section 9A or 9B) is applicable for Mutual Funds for the purposes of collection and transfer of stamp duty to states/UTs?

Answer: Since RTI and/or STA of Mutual Funds have been declared as Depositories under the Stamp Act vide gazette notification dated 8th Jan, 2020, the entire mutual fund business gets covered under Section 9A of the Indian Stamp Act. Section 9B is not applicable to them. RTAs have to function like a Depository in respect of collection of Stamp Duty on issue and sale or transfer of mutual funds in SoA form. The extant Stamp Rules applies to them as well i.e. the operational clause for them is Section 9A and not 9B of the Indian Stamp Act.

18. Who all are notified to collect and transfer the Stamp duty to States in case of transactions in units of Mutual Funds and AIFs in Statement of Account/ Physical (non-demat form)?

Answer: To provide for collection of Stamp Duty on transactions in mutual fund and AIF units in the statement of account/physical (non-demat) form, RTI and/or STA have been notified (vide Gazette Notification dated 8th January, 2020) as a “Depository” for the limited purposes of acting as a “collecting agent” under the said Act and the Rules made thereunder. Accordingly, for non-demat Mutual Fund and AIF transactions, collection of stamp duty by RTAs shall be governed by the provisions of Section 9A(1)(b) and 9A(1)(c) and the transfer of stamp duty to the respective States shall be governed by the provisions of Section 9A (4). Thus, the transfer of collected stamp duty to respective States/UTs by RTAs also is governed by buyer-based principle as covered in Section 9A(4) and not on the basis of registered office of theissuer.

19. Who will collect the Stamp duty in case of Mutual Fund and AIF transactions (sale, transfer and issue of units in demat mode) through recognized Stock Exchange or Depository?

Answer: As clear from the Act that in case of Mutual Fund and AIF transactions (sale, transfer and issue of units in demat mode) through recognized Stock Exchange or Depository as defined under SCRA, 1956 and Depositories Act, 1996 respectively, the respective Stock Exchange/authorized Clearing Corporation or a Depository is already empowered to collect stamp duty as per Amended Indian Stamp Act and Rules made thereunder.

20. On transfer of units of Mutual Funds and AIFs held in physical form stamp duty is to be collected from the transferor. As these transfers happen outside the purview of RTAs what will be the process of collection and remittance of stamp duty?

21. How to calculate stamp duty in case of issuance of Mutual fund Units?

Answer: Stamp duty is imposed on the value of units excluding other charges like service charge, AMC fee, GST etc. If the units are issued for Rs.1 crore then Rs.500 would be the stamp duty to be remitted to States.

22. Why new units will attract Stamp Duty in case of Switched Scheme?

Answer: The issue of fresh units in the switched scheme would also attract stamp duty even though there is no physical consideration paid or transfer of ownership. This is because the new units are deemed to have been purchased with the NAV realized from the sale of earlier units.

23. Whether stamp duty is applicable on redemption of Mutual Fund units?

Answer: Redemption is not liable to duty as it is neither a transfer nor an issue nor a sale.

24. Whether stamp duty will be charged on off-market transfer of securities without consideration such on gift, legacy transfer etc.?

Answer: No. Section 21 of the Amended Indian Stamp Act read with sub-section 16B of Section 2 clearly indicates that stamp duty is to be collected on market value which is based on price or consideration involved.

25. Whether stamp duty is applicable at multiple levels of a single transaction (on account of procedural requirements) and to which State Government the stamp duty amount be transferred in such cases?

Answer: It should be ensured that double incidence of stamp duty doesn't occur on any transaction. Where, before being credited in the buyer's demat account, the securities are transferred from the demat accounts of issuer to clearing corporation, member, etc., the stamp duty shall be transferred to the State Government where the residence of the buyer is located.

THE AUTHOR CAN BE REACHED AT CONTACTHHPRO@GMAIL.COM