Falling interest rates and the plight of senior citizens 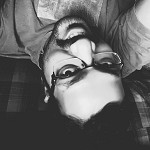 
Before the previous last RBI meet, there was an increased expectation of rate cuts by RBI as a measure of providing impetus to the economy after demonstration. That RBI maintaining status quo on repo rates at 6.25% is a negative thing for most people but senior citizens in India. Citing increased liquidity available and need for reducing the lending interest rates in line with RBI, commercial banks in India have reduced interest rates on deposits over the last three years from early 2014. To quote an example, State Bank of India, India's largest commercial bank, has reduced its 1 year term deposit rates from 9% in early 2014 to 6.9% since November 2016.

Assuming that an individual senior citizen, who seldom looks beyond safer avenues like Bank deposits and post office deposits, has invested Rs. 5 Lakhs in 1year term deposit in SBI , his monthly interest income would be Rs. 3065 in 2016 against Rs. 3928 in 2014. For the aged, who are well into the sunset period of their lives, this decrease on interest income is without any doubt, too hard and adverse. Given that India did not have an Universal Pension System till the introduction of NPS in recent years and majority of retired people either do not get any pension benefits from their employer or were self employed till retirement, the senior citizens are heavily dependent on Interest income to meet their monthly expenses. Lower interest rates in banks and post offices may indirectly increase the risk of senior citizens investing highly risky investments in unregulated private finance companies, chit funds etc. Saradha chit fund scam in West Bengal last year and State wide benefit fund deposits scam in Tamil Nadu in the 1990s are a case in the point.

Why not ask Senior citizens to invest in PPF and SCSS?

Finance Ministry earlier this year had categorically stated that interest rates in small saving schemes like PPF, SCSS etc indirectly influence deposits rates in banks on the higher side and to promote growth, it is highly necessary to align it with falling interest rates in bank deposits. The ministry also proposed to modify the interest rates on small savings deposits on a quarterly basis instead of on annual basis as was the norm. As a result, PPF and Senior Citizen Savings Scheme (SCSS) interest rates were reset from 8.7% and 9.3% from 2015 to 8.0% and 8.5% respectively. Though the interest rates are way better than bank FDs, there's deposit cap limit, lack of liquidity and higher lock in period that acts as a deterrent.

Why not ask senior citizens to invest in mutual funds, equity and corporate deposits?

It's widely believed that less than 8-10% of our population actually invest in equities though the numbers are in rising trend. It's not only risky but also of less utility to ask senior citizens to have an exposure in equities. Debt funds and corporate FDs( with good credit rating) , no doubt, may be of good help to safeguard their investments with comparatively low risks than equity and better likelihood of better returns than bank FDs. But again, there is an urgent need to increase awareness about debt funds and Corporate FDs among senior citizens.

To protect the interests of the senior citizens, the Government of India and RBI may consider the following:

1. The rate of interest for Senior citizens FDs in banks can be kept stable even while reducing the Interest rates on other FDs. This will ensure that the interest income will remain constant for senior citizens.

2. Banks could consider offering higher rate of interest for senior citizens FDs with a clause that there will be a lock in period for the investment for at least 3-5 years on par with SCSS duration of 5 years.

3. A special inflation linked deposit scheme for senior citizens may be proposed to ensure that the senior citizens could handle inflation risks better. A challenge is that this may not be of much benefit in times of low inflation such as now. RBI may then consider rise in medical expenses as a metric to arrive at the interest rate to be paid. If this isn't possible to identify medical cost inflation, the RBI may offer a fixed percent increase above the deposit rate to account for medical inflation.

4. The income tax on interest income earnings from Senior citizens deposits may be reduced and capped at a maximum of 5% for senior citizens irrespective of the income slabs. However, the maximum threshold of investment can be given up to Rs. 15 lakhs.

5. Since there's a cap of Rs. 15 lakhs in Senior Citizens Savings Scheme (SCSS) anyway, the rate of interest can be kept stable even when rate of interest on other small savings schemes are changed.

The plight of senior citizens in a low interest rate scenario can be brought down to a comfortable level if the Banks, RBI and the Government do their bit by protecting the interest income of the senior citizens. Last but not the least, senior citizens should also realize that unless they start exploring in other low risk /moderate risk investments, like debt funds by having at least a moderate exposure of 15% of their portfolio, no protection will help them tide over the plight brought about by falling interest rates in the long term.

About the author: The author's views are personal. The author is a consultant offering financial consulting services through his firm, Artha Consulting Services and can also be reached at arthaconsultingservices@gmail.com