Exports of Goods or Services - Lots of complex issues in GST law!!


Exporters are an important pillar of the Indian economy on whom the Government relies upon for earning foreign currency. After the “Make in India” initiative by the Modi government, Indian exports have increased manifold. Additionally, the numerous export schemes, financial aids, and other benefits provided by the Government of India to exporters have also led to this increase in exports.

While the intent and direction of the Goods and Services Tax ("GST"), has been, by all means, to provide the Indian economy and exports the much-needed boost, but still exports and refund are perhaps the most debated critical issue since the advent of the GST regime. Uncertainties and complexities of these topics are reflected in the sheer quantum of circulars and amendments that have been seen on the subject, unlike any other subject/ topics of the GST law. 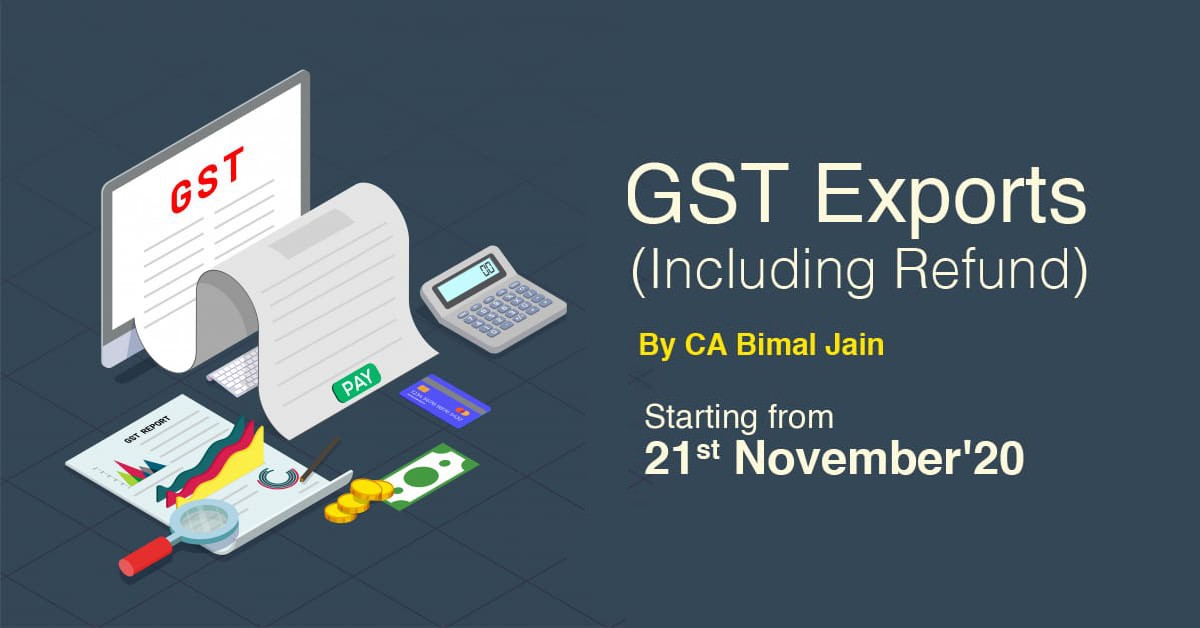 The zero-rating principle of exports ensures exports to remain tax-free by either the refund or rebate mechanism. However, owing to a lot of complexities involved therein, one must wisely choose either of these options to save taxes as well as claim refund hassle-free from the Department. Incorrect mode of operation for exports in GST can lead to loss of credit on capital goods, restriction on the value of export goods up to a maximum of 1.5 times the value of like goods domestically supplied, bureaucracy issues, etc.

Handling recent amendments in the CGST Rules, 2017 w.r.t. refunds, like the insertion of Rule 96B which provides for recovery of refund in case of non-realization of export proceeds, amendment in Rule 89(4) restricting the turnover of zero-rated supplies of goods to 1.5 times the value of similar domestically supplied goods, restriction of refund of ITC to the extent of ITC reflecting in GSTR-2A only, etc., require a proper system in place and correct business re-modeling to have maximum benefits of export and that too in a timely manner and to avoid working capital crunch issues. Additionally, certain kinds of exporters have been restricted from availing of the rebate option, like those who have availed prescribed benefits like EOU exemption on imports and advance authorization, etc.

Not to mention that all these issues come with numerous clarifications/circulars on exports and refunds, few paras of which are subsequently, modified/amended/deleted vide number of other circulars, followed by retrospective and prospective amendments in the Rules. Maintaining the trail of these clarifications/amendments issue-wise and then determining the correct steps to be taken is an arduous task in itself.

For the services export sector, place of supply provisions is in itself a challenge at first place to arrive at whether the services fall under the “export of services” or not. The refund comes only as a secondary issue.

All these issues require proper understanding of not just the GST law & Rules but also the Foreign Trade Policy (now extended by a year), complete handholding, and guidance as to efficient business solutions.

To partner your journey of GST learning in the areas of exports, imports, deemed exports, merchant exports, inverted duty structure (including refunds), A2Z Academy (through Mr. Bimal Jain, nationally renowned GST expert) is going live again from November 21, 2020, as per below schedule:

So Hurry up !! Only a few days left for enrolling in the Course!!