Excise Duty on Jewellery - A Nightmare 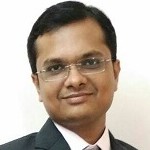 
In this year’s Budget, a nominal excise duty of 1% [without CENVAT Credit on Capital Goods and Inputs]and 12.5% [with CENVAT Credit on Capital Goods and Inputs] has been imposed on articles of jewellery [excluding silver jewellery, other than studded with diamonds or other precious stones] w.e.f. March 01, 2016. Even for this nominal 1% excise duty, manufacturers are allowed to take credit of Input Services, which can be utilised for payment of excise duty on jewellery.

However, the duty on manufacture of jewellery would apply not only to new articles but also to those that are made by exchanging or melting old jewellery. When customer gives old gold and wants to make jewellery out of it then the jewellery manufacturer should be treated as job-worker and SSI exemption will be available to customer and not the job-worker.

A notification issued under Rule 9(2) of the Central Excise Rules, 2002 provides for an optional centralized central excise registration for jewellery manufacturers with centralized billing or accounting system so that jewellery manufacturers do not have to take separate registration for all the units. Registration will be granted within two working days of submission of the online [https://www.aces.gov.in/] registration application without any post registration physical verification of the premises. The time limit for taking Central Excise Registration of an establishment by a jeweller has been extended upto July 01, 2016 vide Circular No. 1026/14/2016-CX dated April 23, 2016. However, the jewellers may pay excise duty for the months of March, April, May along with duty for the month of June 2016.

Valuation: Valuation is one of the most crucial aspects for a jewellery manufacturer considering the high value transactions and frequent fluctuation in prices. This ensures that the valuation method used for duty purpose is properly documented with supporting evidences to ensure that the valuation is not questioned by departmental authorities at the time of enquiries, audits or investigation proceedings.

In this regard, Circular No. 1021/9/2016-CX dated March 21, 2016 inter alia clarifies that payment of excise duty shall be based on first sale invoice value. However, the meaning of the term ‘first sale invoice value’ is still not clear. Neither any suitable amendment has yet been, in this regard. Applying the valuation methods as per the statutory provisions, ‘Transaction Value’ under Section 4 of the Central Excise Act, 1944 seems to be the most appropriate in case of jewellery.

However, there could be other possibilities, where special provisions of valuation may need to be applied depending on the purpose for which it has been removed.

Protests: With the levy of Excise Duty on articles of jewellery, there have been widespread protests and strikes across the country. The Government refused to recall the duty as it was more of a measure to check black money than to mobilize revenue. However, it assured that there would be a lot of procedural relaxations, all the concerns of the industry in compliance aspects would be addressed and setting up of the high powered committee would also be set up. Since, the thrust of these new levies is based on self-assessment; no physical visits shall be made to registered units in the normal course. Neither any arrest or criminal prosecution of any jeweller will be done nor will any search or seizure of stocks by any Central Excise Official be carried out till the recommendations of the Sub-Committee are finalized. However, the ultimate effect will be on end-user paying more money as cost of jewellery will include excise duty along with profit margin.

Disclaimer: The contents in this document are solely for information purpose. It does not constitute any professional advice. Author does not accept any liabilities for any loss or damage of any kind arising out of any information in this document. While due care has been taken in preparing this document, the existence of mistakes or omissions herein is not ruled out. This document is property of the author. No part of this document should be published, reproduced or used in any other manner [except for personal, non-commercial use] without written permission of the author.