Exchange rate determination and its dynamics 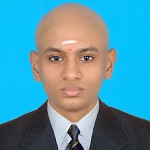 
Many a time, when we hear in news that Indian rupee  depreciates or appreciates against US dollar, a common question that arises in the our mind is ‘How are  exchange rates determined?’.  Though the fluctuations appear to be a conundrum they are actually not. In fact they are as much simple, interesting and natural as any other economics concept. Before a CA student goes for learning ‘How to account for exchange differences?’ per AS11 it is essential for him to understand the underlying groundwork.

What are exchange rates?

One popular theory of exchange rate determination is the theory of purchasing power parity. It is based on the ‘Law of one price’, which states that a good must sell at the same price everywhere. There remains parity in the price of the commodity everywhere.

How can this parity in purchasing power exist?

Any theory to hold good must justify and satisfy the senses. The law that says a good must sell at same price everywhere does this job very well. Let us imagine that USA and India are neighbouring towns. Before we get deeper, we should ensure that we understand the Law of demand.

If the demand for good goes high, the availability of the good may stammer to cater everyone’s need. Hence the manufacturer would increase its price to filter the demand.

If coffee seeds are traded at Rs 50 in India and Rs 30 in the neighbouring town of USA, people would purchase coffee from USA and sell it in India to take advantage of the price difference. When this process continues at a point of time, the availability of coffee seeds would get strained in USA due to excess demand for US coffee seeds, which would induce coffee manufacturers in USA to increase the price of coffee seeds to, say, Rs 40.Whereas in India, since its supply has increased, price of coffee seeds may go down, to Rs 40. Thus the price is same everywhere. Thus prices have become equalized. This process of trading taking advantage of price difference is called as arbitrage. This kind of reaction happens across the globe to ensure that price of the good remains the same everywhere thus validating the purchasing power parity.

When the money supply increases in the economy, it will cause the price level to increase. According to the theory of purchasing power parity, just because the price level has increased in the economy, a USD will not fetch lesser quantity of goods than what it was fetching earlier. For convenience sake we shall use the previous example. If the coffee price has increased to Rs 60 from Rs 50, 1USD will not fetch lesser coffee seeds. It will fetch the same 1Kg of coffee which it was fetching when the price of the coffee was Rs50. This implies 1USD will be equal to Rs 60 after the price rise, which means the inflation has caused the currency to depreciate.

This is a key factor in the hands of central bank of a country to have a control over exchange rates. To understand this, it is necessary to get a deeper understanding over one more concept called Capital outflow. Capital outflow refers to the amount of foreign assets purchased by the economy. Net capital outflow refers to the total amount of capital owned by the citizens of economy, which is invested outside the frontiers of the economy less the amount of capital invested inside the economy by foreign nationals. When the central bank of a country rises the interest rates – both lending and deposit rates- the citizens of the country will

a. Grow hesitant to borrow money from banks

b. Deposit cash that is inside their bureaus in the banks as they would fetch more returns.

Foreign Institutional Investors, who look for abode to park their money, will

Now much of the currency of the economy, whose interest rates have gone up, would be in the banks of the economy. So the amount available for transaction outside would be lesser. So forex traders cannot offer their currency as generously as they were doing. Thus earlier if 1USD had fetched Rs 60, now it would fetch only Rs 50, which means there, happens an appreciation of currency. Thus when the interest rates increase, the currency tend to appreciate.

When there prevails a state of political turbulence, the investor both outside and inside the country might lose faith on the economy and may take away their money to park it somewhere else. This sudden scuttle of the capital out of the country is called as capital flight. When such an event happens the net capital outflow would increase meaning excess availability of a country’s currency outside for transaction purpose. This excess supply causes the currency to depreciate.ie. if a dollar had fetched Rs 50 so far, since the quantity of INR available for transaction outside is more now it would cause a USD to fetch more INR, say, Rs 60. Thus a capital flight causes depreciation of currency.

If the economy’s import is greater than export it would cause the current account balance of the economy to go negative.ie. It would need more foreign currency to settle the trade dues that it has incurred. So it means that the quantity of the currency, say, INR available in the transaction flow is high because of their dues. Thus the value of the currency would depreciate causing the economy to reflect its real status.

If the economy is going to finance its expenditure through debts and borrowings, the situation would be called as deficit financing. As the expenditures made are of capital nature such spending would cause surge in employment level leading to rise in demand thereby causing increase in price level. Thus deficit financing would cause inflation in the economy. Due to inflation the value of money goes down. According to the purchasing power parity, this plunge in the value would cause the currency to face depreciation.

Under this system, the value of the currency is fixed. It would not be allowed to fluctuate in the ways of supply and demand in the forex market. If the demand for a currency is going to increase, the currency would not appreciate. The central bank would counter the surge in demand by allowing more of the currency of the economy to float in the market. This can be done by buying foreign currency denominated assets for which they have pay through converting their currency into foreign currency. Thus forcible selling takes place to counter the demand for their currency. Vice versa happens in case of depreciation.

Exchange rates fluctuate daily according the supply and demand conditions in the forex market. Central bank won’t do much to control and bridle the exchange rates.

In practice, this is popular method of exchange rate management. Here the exchange rates are allowed to fluctuate but within a specified band limit i.e. INR may fluctuate any way as the market determines but between limits of Rs 45 and Rs 55. When market pushes the value of the currency across this limit the central bank would act upon to control.

In India the system of floating exchange rate is followed. However the central bank steps in to bring things under control whenever the situation necessitates.

In 1944, after World War II, Bretton woods accord was signed by the world countries. It was agreed that US would maintain the value of 1USD equal to 35 Ounce of gold. Other currencies were pegged at rates against USD. However they can allow their value of the currency to fluctuate upward or downward by 1%. This means that only dollar enjoys the benefit of getting fixed quantity of gold in return for a fixed quantity of their currency. Other countries have to produce an amount of their currency equal to a dollar to get the said 35 ounce of gold.

Later during the early 1970-s, following the Vietnam War the US economy faced an economic congestion. Inflation soared in the US. Net capital outflow from the economy surged. As a result the country’s currency started losing its value in the world arena. The countries of the world started losing their faith on dollar. Countries started redeeming their dollar reserves as gold. France converted into gold their dollar reserves worth $191 Million. All these jamming finally led the US to end its gold standard preservation. The then president of US Nixon made announcement that dollar can no longer be converted into fixed quantity of gold. This end of the Bretton woods practice is termed popularly as Nixon shock.

Thus dollar lost its identity as the world reserve currency. But still dollar stands as major component of foreign reserves of countries across the globe (65.7% as of 2007). However the dollar’s supremacy is questioned with increasing prominence of other currencies like Canadian dollar, Renminbi etc…

Hope this scribbling would have given some idea about Exchange rate determination.