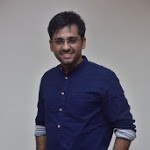 
ECONOMIC POLICIES TO BE CONSIDERED WHILE FRAMING TAX PROPOSALS

If it moves, Tax It.
If it keeps moving, regulate it.
And if it stops moving, subsidize it

Economic policies in simple words are the decisions taken by government relating to setting level of taxation, Government Budget, money supply and interest rates, the labour market and other field which helps in Nation’s Betterment and Growth.

The Indian economy being a diversified one, with every sector being important in itself, it does not have its economic policies promoting focus on any particular sector. Its policies rather take all sectors into equal consideration. Despite of all the due considerations, we observe that India lags far behind than our neighbour, China in many sectors which may be proven with the help of the following figures-

Government while framing tax policies should ensure that there is proper mobilization of financial resources of the nation and should help in achieving sustained economic growth.It should focus on macro-economic stability and promote social welfare by providing fiscal incentives for investments. The tax proposals should be clear in law, stable tax regime, a non- adversarial tax administration and a fair mechanism for dispute resolution.

Tax proposals and economic policies are interlinked with each other. The government consider the following economic policy through many sectors namely-

1. Financial Sector- India’s financial sector is diversified and expanding rapidly. It comprises of commercial banks, insurance companies. This sector is important for encouraging small entrepreneurs by providing short term loans for their business. For this purpose, Pradhan Mantri Jan Dhan Yojana initiated to promote banking sector, Pradhan Mantri Bima Yojana for extending the benefits of insurance to low-level income people. Taxation benefits are also given to promote this sector.

2. Security Market- India’s corporate strength can be seen by its stock market and for development of this sector & promotion of stock market many scheme like RGESC in which new investors are allowed deduction, have helped a lot to boost the security market. Mutual fund industries have helped the small investor to invest indirectly their money into stock market.

Trade Commerce Policy -These policies promote foreign trade, inter-state trade & regulate the industries which in turn help in business development of the country. All the commerce related activities are to be boosted by giving some tax welfare. International taxation is considered while framing taxation policies for foreign inflow. The sectors which are given more consideration are-

1. FDI - International Taxation- Being the 3rd largest economy in purchasing power parity terms, India is attracting more foreign direct investment as compared to any other developing country and for our foreign exchange reserve to be sufficient, we need foreign cash inflow which could be possible only if our taxation proposals are beneficial to investors & govt as well. In many areas, 100% FDI is allowed so that Industry can grow. Government is focusing on Manufacturing in India through Make in India initiative. Govt needs to focus on International taxation also. Many Double Taxation Agreement, changing policies of transfer pricing are undertaken by govt to encourage foreign Investor.

2. Foreign Trade Policy- The Import export of goods, Focusing on Digital India, Make in India, the new foreign trade Policy are considered by Giving Export benefits through Exports from India Scheme which include Services from India. India's service sector contributes around 57% of GDP. Tax Incentives are available for SEZ’s . Foreign Trade Policy in itself is an Economic Policy which takes help of taxation proposals through Direct & Indirect taxes for boosting Foreign Trade.

Economic Growth Policy- The main strength of the country is its overall economic development. Economic growth measured from GDP, Per capita Income, Human life index, Increase in labour Productivity, Infrastructural Development, Telecom Sector, Development of Backward region, all are part of Economic Growth. Economic growth can be achieved by developing those sectors whose contribution to GDP affects the most. Some of them are:

1. Agriculture- Agriculture is not only important but also provides base to our economy. In 2008, an article in New York Times claimed, ‘With right technology and policies, India could contribute to feeding not just itself but the world.’ Irrigation facilities are inadequate in India; even after 65 years of independence, we are dependent on monsoon. In current scenario, many tax policies have been undertaken to boost agriculture by providing exemption on Agriculture Income. Inspite of this policy, we can further improve agricultural sector by providing exemption on Production basis.

3. Infrastructural Development- Infrastructure is a key driver to the economy. Booming cities are the driving forces of economic growth. Every Developed country's main strength is its Infrastructure. In past years to promote infrastructure In India at ground level, infra sector was given in the hands of Private sector and to provide funds to them Tax Proposals like Tax free infra Bonds were issued by Govt. Railway, the key to Economy which provides Highest Employment in the country need to be focused as Many industries for transportation are dependent on railway.

4. Development of Backward Region- Manufacturing sector plays a significant role in economic growth of any region. So, for promoting any particular area, many tax incentives are given for Backward region, Naxal Affected region. Recently in the Budget of 2015, Government has given Special incentive package to the state of Telangana & Andra pradesh for development of Industry.

Development Policy- The economic aspects of development for Life & education, Health Care of the Public at large are part of Development Policy. These policies are mostly social and welfare in nature. The sectors which are considered in these policy are:

1. Education & Employment- We know that to compete for the jobs of 21st Century and thrive in a global economy, we need a growing, skilled and educated workforce, particularly in the areas of science & technology & Commerce-. The right to education at elementary level has been made a fundamental right. India has the highest young population. Taxation proposal of economic Growth are to be enacted for promoting education at large scale.

2. Health care Pharma- For development of Human Life Index, health care should be the priority for Govt. The Indian pharmaceutical sector has seen its fortunes rising recently. The basic drugs manufactured in India are the cheapest all over the world. India has the least expensive medical treatment. It contributes around 8% of the global pharmaceutical supply, therefore to help this sector to grow, many taxation benefits are given by the government in order to provide a good Medical Service. India has the biggest Pharma companies of the world like Wockhardt; Sun Pharma. These companies provide a lot of value addition to society.

Income Policy- Policy for betterment of Common man , removing income inequalities are dealt with Income Policy. The major economic policy challenge nation faces today is rising income inequality, increase is prices of daily needs and inculcating saving habits among Individuals. As India is a developing country, many taxation Benefits are given for saving. We have to focus on other aspects of consumption so that the industries grow to get good IIP. This can be achieved by giving Slab benefits to Individuals. But Savings & consumption have to be seen together as Govt has to promote saving for future since India is not yet a welfare country.

Industrial Policy- This policy focuses to encourage development and growth of manufacturing sector. Policy measures are taken by government for Industry Development. The 1991 Industrial Policy would not have been successful if it was not linked with tax proposals. The recent industrial reforms include Make in India Initiative. And to successfully move on this mission, we have to work with many tax proposals. In Industrial policy, Industrial Demands are kept in mind such as Oil, Coal, and power.

1. Make In India- India has already marked its presence as one of the fastest growing economies of the word by being the 3rd most attractive destination for investment. For promoting manufacturing in Home country, many Benefits through tax Incentives like Tax holiday, sales tax benefits are given to the newly setup industries in India. The government is focusing on improving investment climate. The make in India program includes major new initiatives designed to facilitate Investment, foster innovation, develop best in class manufacturing Infrastructure. Basically a mind shift programme is to be taken so as manufacturing activity can be started in India.

2. Oil gas & Power -This sector is important from the point that India lacks in natural resources. Though these resources are needed for Industrial production but to control the consumption of these resources, alternative Taxes are levied. India is one of the top 5 world producers of agro chemical, polymers and plastic, dyes and various organic & inorganic chemicals & these industries depend on crude oil, each industry needs Electricity for running of factories. Measures are required to be taken which help in Production of electricity.

General Polices- Many other general Initiatives are taken by government in various sectors for promotion and betterment of society which includes:

2. Black Money, Corruption- This is the most pervasive problems affecting the economy. The Indian economy has an underground economy with around 30% of economy being functioned in black. Thus while framing tax proposals these Points are important from the View of increasing revenue for Government, avoiding Black transaction so that the cycle in which the business is done becomes White.

These issues have to be undertaken in economic policies because functioning of these sectors helps in overall development of other sectors.

Conclusion- At presently we are standing in such a position where we need two things: first, to provide welfare for the society & second, to boost Industry which shall be through Reforms; and India needs such a reform strategy in which it can mitigate the cost of reform by bringing both, changes in Tax policies & Benefits Proposals - for Eg- Increase tax revenue that can be used to compensate poorer household through direct benefits. In order to advance fundamental tax reforms, government may need to combine tax and benefit reforms in different areas in order to achieve a balance among the broader reform objectives of efficiency, growth, equity & revenue.