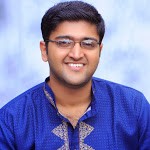 
The Day is 1st of April 2001; the Indian Accounting Fraternity is introduced to the concept of Deferred Tax.

Accounting for Taxes on Income (AS – 22) is applicable to different categories of enterprises from different dates.

Before we proceed any further, it is very essential to know the meaning of Level 1,2,3 Enterprises.

Enterprises, which fall in any one or more of the following categories, at any time during the accounting period, are classified as Level I enterprises:

i) Enterprises whose equity or debt securities are listed whether in India or outside India.

ii) Enterprises, which are in the process of listing their equity or debt securities as evidenced by the board of directors’ resolution in this regard.

vi) All commercial, industrial and business reporting enterprises, whose turnover for the immediately preceding accounting period on the basis of audited financial statements exceeds Rs. 500 million. Turnover does not include ‘other income’.

vii) All commercial, industrial and business reporting enterprises having borrowings, including public deposits, in excess of Rs. 100 million at any time during the accounting period.

viii) Holding and subsidiary enterprises of any one of the above at any time during the accounting period.

Enterprises, which are, not Level I enterprises but fall in any one or more of the following categories are classified as Level II enterprises;

i) All commercial, industrial and business reporting enterprises, whose turnover for the immediately preceding accounting period on the basis of audited financial statements exceeds Rs. 4 million, but does not exceed Rs. 500 million. Turnover does not include ‘other income’.

iii) Holding and subsidiary enterprises of any one of the above at any time during the accounting period.

Enterprises, which are not covered under Level I and Level II are considered as Level III enterprises.

Mr. V runs a small scale business unit by the name of V Company LTD. It is an existing business. His business is in the development stage.  But Since 2006, AS 22 is applicable to him, he has to ascertain his accumulated balance of Deferred tax liability/Asset as on 1st of April 2006.

He is advised by Mr. P, his CA as follows:

“Deferred Tax was introduced in accordance with the matching concept which states that the income of the year should be matched with the expenses incurred during the year. Since Income tax forms a significant portion of the expenses, it became very essential to match the current year taxes against current year Income.”

Since the concept is new to this Enterprise, you have to first ascertain the Opening balance of Deferred Tax Liability or Asset”

Naturally the question Mr. V had was how to ascertain the Opening balance of Deferred Tax Asset/ Liability.

To Illustrate, let me give an example. Think that you have Fixed Assets worth Rs. 10 Crore as of today, i.e the Book Value of Assets as on 1st April 2006 is Rs. 10 Crore. And the written down value as per Income Tax Act is Rs. 7 Crore. Then the Opening Balance of Deferred Tax Liability is 0.927 Crores i.e  (10-7)*30.9%. Deferred Tax Liability is created at the highest marginal Rate of Tax.

The meaning of creating this deferred tax liability is that the Company will have a tax liability of 0.927 Crores in the future because the Depreciation as per Income Tax Act will be less in the future years, thus profit as per IT Act will be higher leading to a higher taxation. (WDV remaining to be written off as per IT Act only 7 crores as compared to 10 Crore as per Books of Account)

The above Computation is true only if Depreciation is the only timing Difference.

For this purpose, it is also important to know what Permanent Difference and temporary difference (timing difference) means:

From the above, it is clear that Deferred Tax Liability arises due to some items which cause a difference between the profits as per P&L A/c (Net profit) and profit as per Income tax act (taxable Income)

1. One Classic example of permanent difference is Cash Payment in Excess of Rs. 20,000. The item is debited to P&L A/c. But for Income Tax purposes it is disallowed as an expense under section 40(A)(3). In this case there is no chance of Reversal in the Subsequent years, Hence this item is a permanent Difference.

Bonus Payable of Rs. 50,000/- to employees is debited to P&L A/c but the Bonus is not disbursed to employees before the due date of filing the return. This expense will be disallowed as per IT Act U/s 43B. Hence it won’t be allowed as a deduction under the IT Act thus increasing the Taxable income as per IT Act. But this item is capable of Reversal in the future years. The Bonus will be allowed as expense under the IT Act in the year in which it is paid, thus resulting the Tax Profits to go down during that year.

Now consider this situation: The Opening position of Mr. V’s business as on 1st April ’06 is as follows.

Now the Deferred Tax Liability has to be carefully ascertained after considering the Tax Assets of the Company.

1. Deferred Tax Asset (i.e a tax asset or something which reduces taxes in future years) on account of Unabsorbed Depreciation and bonus arises since if the company is called to pay tax on 3 Crores (WDV Difference) it can always set off the Unabsorbed Depreciation and claim the Bonus as expenses under Income from Business, thus reducing current year taxes. Hence it is an tax asset.

2. In theory, if there are no timing differences on any given date, then the Deferred Tax Balance should be ZERO.

We will test this theory.

2. The unpaid bonus is entirely paid

3. Unabsorbed Depreciation is fully set off against Income from Business.

The Deferred Tax Computation will be as follows:

2. When there is no timing difference i.e Dep. as per IT and Books are equal, No Unabsorbed Dep, No Bonus remaining to be paid, there will be NIL DTA/DTL.

Accordingly Mr. V passes the entries in his Books of Account.

1. Deferred Tax Liability should be debited to the P&L account as a provision and should be shown as a separate item after Unsecured Loan in Balance Sheet.

2. Deferred Tax Asset should be credited to P&L Account and shown in the Asset side below Investments.

1. Mr. V buys a Machine used for Scientific Research Rs. 2 Crores related to his business which qualifies for Deduction under Section 35 at the rate of 100% in the first year. However the Useful life of the Machine is 5 years.

3. Consultancy Fees is paid to a Non Resident in connection with his business to the tune of Rs. 20,00,000/-. But TDS has not been made on the above till the due date of filing the Return of Income.

5. Provision for Retirement Benefit (Gratuity and Leave Encashment) of Staff has been passed to the tune of Rs. 1,50,00,000/-. This liability may arise in the future.

6. A Term Loan has been borrowed from a Bank. But the repayment starts 3 years later. In other words there is a moratorium on the Repayment. But V has made a Provision for accrued interest on term loan of Rs. 80,00,000/-.

2. Interest on term loan in debited as an expense in the P&L A/c but for tax purposes the Interest will be allowed as deduction only on actual payment under section 43B. Thus it is only a matter of time before it is allowed as an expense. Hence it is currently a tax asset. Because it will yield future tax benefits.

3. Like all Provisions, Provision for Retirement Benefits to staff will be disallowed as an expense for tax purpose since it is merely a provision, The expense will be allowed as deduction when the Gratuity or Leave Encashment is actually paid. Hence this is also a timing difference and will lead to the creation of tax asset to that extent.

6. As stated earlier only temporary differences give rise to deferred tax asset or Liability. Since Cash payment in excess of Rs. 20,000 is a permanent difference (there is no chance of reversal) it does not lead to the creation of DTA/DTL.

EFFECT OF CHANGES IN TAX RATES:

The introduction of surcharge is set to hit the corporate sector very hard which is already suffering from high tax rates.

In the above case:

In addition to the above, if there are any DTA/DTL during the year, it should be accounted for at 33.99% (For Convenience Assume no Depreciation is charged this year)

Now Mr. V decides to convert his company into a 100% Export Oriented Unit (EOU). For this purpose it is necessary to dispose of all the Assets of the Company and start fresh with newly purchased Machinery. He has to completely liquidate the company and start a new one. He has two main items of Machinery:

Since he intends to convert his company into an 100% EOU to claim deduction under section 10B, it is very necessary to close down his existing business, sell all the plant and machinery and buy new ones (One of the Conditions of Sec 10B is that it should not be constituted by the transfer of old plant and machinery and also by splitting or Reconstruction of the business.

How does it affect DTA/DTL?

AS – 22 says that Deferred Tax Asset should be recognized in relation to Loss under the head Capital gain to the extent that such losses can be set off in the subsequent periods from Income arising under the same heads. i.e Capital Gains

There should be reasonable certainty that such Loss can be set off. In this case lets assume that the Sale deed for Sale of Research Machine has been drafted for Rs. 1 Crore. The Capital Gains are Computed as follows

This short term Loss of 1.5 Crores can be set off against gains of Rs. 1 Crore. Hence Deferred Tax Asset is to be recognized only to the extent of Rs. 1 Crore.

Since the Company is in a shut down mode, it has to settle its outstanding affairs.

Also note that for convenience Depreciation has not been charged during some years.

Balance DT is as follows:

Note: Assumed to be fully depreciated in the last year.

The Following table illustrates the company’s projected performance for a period of 15 years since its beginning.

HOW TO COMPUTE DTA/DTL IF MAT PROVISIONS ARE APPLICABLE:

The DTA/DTL is to be computed on normal rate of tax and not at the rates prescribed under MAT.

MAT Credit can be considered as an asset only if the company expects to pay tax at the normal rates in the future years.

Thank you for Reading. I will consider my efforts amply rewarded if you find this useful.

I am an Articled Assistant from Mangalore who lives by the motto "If you make mistakes, make new ones each day so as that you learn something new everyday"