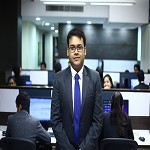 
A delegation from Cyprus is likely to visit New Delhi later this year to discuss various clauses of the double taxation avoidance agreement (‘DTAA’) between the two country.

It is likely that Cyprus shall allow India to tax capital gains tax resulting from sale of shares in India, prompting a source based taxation, following similar treatment granted under the amended India Mauritius DTAA. With this Cyprus is willing to get itself removed from the list of notified jurisdictions under Section 94A of the Indian Income Tax Act (‘the Act’).

Section 94A of the Act provides a comprehensive list of nations which are considered or which have been non cooperative in terms of exchange of information.

Over the years Cyprus has been the most favorable investment route in India for the European and American corporations given its favorable tax treaty with India with Nil capital gain tax and a mere 10 per cent withholding on the interest payments made to a Cypriot entity. However, owing to the widely discussed share acquisition deal by Vodafone and India’s attempt to curb tax evasion and bring back the monies stashed in offshore jurisdictions, prompted India to list Cyprus under the list of specified jurisdictions (notification dated November 1, 2013). As a result, Cyprus was considered to be an associated enterprise in terms of Chapter X of the Act and any transactions done with Cyprus were deemed to be international transactions under Section 92B of the Act.

This move by the Government of India made disclosures of transactions mandatory for investors vis-a-vis the Indian transacting entity. All such transactions were made to be compulsorily compliant with the arm’s length requirement. Further, the onus was on the assessee to prove the source of money in the hand of the Cypriot resident in case of monies received from Cyprus. Also, all payments made to Cyprus were made subject to a withholding of 30 per cent irrespective of the nature of payment and the payee.

This move is likely to rekindle the business ties between the two countries. Also, with Cyprus ready to disclose the names of the Indian investors holding monies in Cyprus accounts shall be a big boost to the black money initiative of the Narendra Modi government.