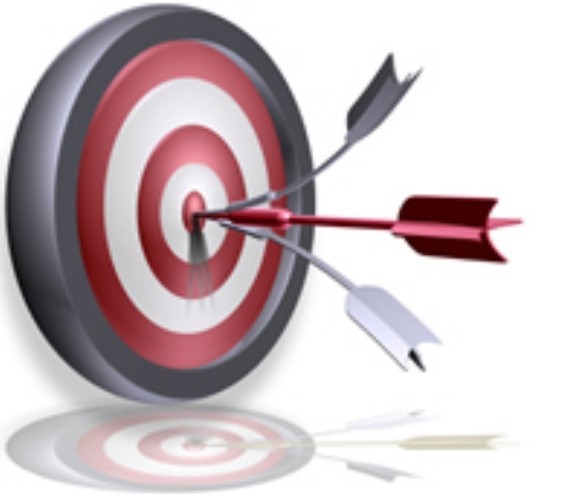 The prime mistake which is being repeated every time by the management is that they choose wrong metrics to access the growth factors of their own company. In my research I have found couples of them which are as follows:

1. Return on sales is being considered while measuring the performance of an unit/division and clubbing the same while deriving the overall performance.

2. Rapid growth being achieved and designed by cutting down cost whereas the same loss is being off settled against profitable products damaging both ends of the company.

3. Return on shareholders’ value is another metric being often misused and assigned while measuring the performance of the company as a whole.

These three are the prime mirrors reflecting the image of competitive advantage in a wrong and inefficient manner. In my research I find that return on invested capital (ROIC) is the key factor behind designing the process of competitive advantage. Creating values for customers, dealing with rivals and using resources effectively are all achieved if the metric is (ROIC). This also manages the working capital levels for an organization. Competitive advantage needs to be developed on the low cost of production or placing an premium over the price. Competitive advantage can only be designed in today’s era through judicious mix of technology followed with proper costing of services and goods. Dell computers stand to be an perfect example where technology reduced the high level of working capital as well as reduced the cost of delivery of goods and services. Successful cost leaders multiply their cost advantages. They are not just “low-cost producers”—a commonly used phrase that implies that cost advantages come only from the production area. Multiplying the factors of cost advantage leads to competitive advantage within an unit or organization.

Competitive advantage is built in between the relative price and relative cost. One strategy might, for example, result in 20 percent higher costs but 35 percent higher price whereas another strategy might lead to 10 percent lower costs and 5 percent lower price. Competitive strategy leads to creation of price mix and cost mix so that premium over pricing can be achieved. Pricing of goods can only be designed when we use proper technology so that operational cost gets reduced. Competitive advantage means design competitive routes for designing new methods and process where cost can be lowered which finally leads to economic value creation. Say if your product pricing is low due to judicious mix of technology while delivering the same product, then you will enjoy a pricing freedom which gives you an opportunity of economies of scale.

Economic growth can only be achieved when one has a freedom for pricing. For dell it was value chain which was improved through technology based programming reducing working capital requirements. The value chain is a powerful tool for disaggregating a company into its strategically relevant activities in order to focus on the sources of competitive advantage. Value chain is not only focused towards procurement of raw materials.  Value chain is the sequence of activities a company performs to design, produce, sell, deliver, and support its products is called the value chain. In simple words design the value chain in such way where cost and service are not bundled but are categorized according the end user uses. When we derive cost based on this principle we get detail numbers of cost and pricing to be developed for such activities.

For example one broking house in India offers various types of services for which we pay in a cumulative fashion. Now if one is not interested for research services and only wants to trade then why he should pay for the services whereas the services  cost is clubbed within the commission being earned from the client. In this case if the Value chain is designed is such a way where the cost for company gets proper justification followed with an proper pricing which leads to an competitive advantage compared to the industry/rivals.

Competitive advantage is achieved when there is difference between various activities and not an single process is being adopted. I would like to accentuate that in my previous article Cost Accountants to ABM, I depicted clearly about the replacement of traditional costing since different process needs different costing process hence all cannot be clubbed together.

1. Which customers are you going to serve?

2. Which needs are you going to meet?

3. What relative price will provide acceptable value for customers and acceptable profitability for the company?