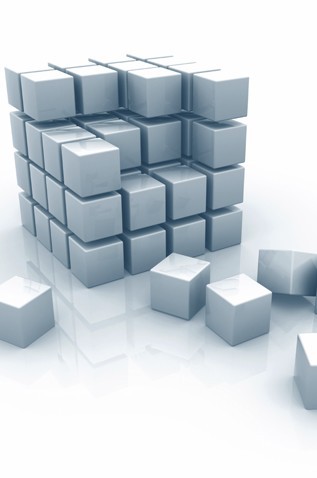 Corporate Restructuring means rearranging the business of a company for increasing its efficiency and profitability. It is tool to catapult value to the organization as well as to the investors. It is the fundamental change in a company's business or financial structure with the motive of increasing the company's value to shareholders or creditors.

EMERGENCE OF CORPORATE RESTRUCTURING IN GLOBAL AND NATIONAL PERSPECTIVE

A restructuring wave is sweeping the corporate world. Corporate India is witnessing a restructuring revolution. The somewhat guarded, tentative response of the early years of economic reforms is slowly giving place to more decisive initiatives in corporate restructuring. Consolidation at the group and industry levels through mergers and acquisitions, strategic divestitures to permit sharper focus, strategic alliances and to a lesser extent demergers and spin - offs etc; are transforming the ownership profile and competitive structure of the Indian Industry. Takeovers, mergers and acquisition activities continue to accelerate. From banking to oil exploration and telecommunication to power generation, companies are coming together as never before. Not only these new industries like biotechnology have been exploding but also the old industries are being transformed. Corporate restructuring through acquisition, amalgamations, mergers, arrangements and takeovers has become integral to corporate strategy today.

In India, the concept has caught like wildfire with a merger or two reported every now and then. The process of restructuring through mergers and amalgamations has been a regular feature in the developed and free economy nations like USA and European countries, more particularly UK, where hundreds of mergers take place every year.

Courts too have been sympathetic towards merger, the classic example being the following remarks of Supreme Court in the HLL-TOMCO merger case:

In this era of hyper-competitive capitalism and technological change, industrialists have realized that merger/acquisitions are perhaps the best route to reach a size comparable to global companies so as to effectively compete with them. The harsh reality of globalization has dawned that companies which cannot compete globally must sell-out as an inevitable alternative.

Following are some of the main purposes of Corporate Restructuring:

1)      To expand the business or operations of the company.

4)      Cost Reduction by deriving the benefits of economies of scale.

9)      To overcome significant problems in a company.

11)  To eliminate competition between the companies.

12)  In the public interest (by the Central Government in exercise of the powers conferred by section 396).

TOOLS OR STRATEGIES OF CORPORATE RESTRUCTURING

Following are some of the important tools or strategies of corporate restructuring discussed in brief just to give a basic idea.

Merger is an arrangement whereby the assets of two or more companies become vested in or under the control of one company, which may or may not be one of the original two companies, which has as its shareholders, all or substantially all, the shareholders of the two company. Merger is a tool used by companies for the purpose of expanding their operations often aiming at an increase of their long term profitability. It is a combination of two or more business enterprises into a single enterprise. Mergers occur in a consensual (occurring by mutual consent) setting where executives from the target company help those from the purchaser in a due diligence process to ensure that the deal is beneficial to both parties. Mergers can be of three types; namely:

b)      Vertical Mergers: A merger between two companies producing different goods or services for one specific finished product. By directly merging with suppliers, a company can decrease reliance and increase profitability. An example of a vertical merger is a car manufacturer purchasing a tire company. Vertical Mergers can be in the form of Forward Integration of Business [E.g. A manufacturing company entering in the Direct Marketing Function. which was not its foray in the erstwhile times) or in the form of Backward Integration of Business [E.g. A manufacturing company also focusing on the producing the required raw materials and managing its supply chain activities on its own . which was not its foray earlier].

Demerger means division or separation of different undertakings of a business functioning hitherto under a common corporate umbrella. A scheme of demerger is, in effect, a corporate partition of a company into two undertakings, thereby retaining one undertaking with it and transferring the other undertaking to the resulting company. The resulting company issues its shares at the agreed exchange ratio to the shareholders of the demerged company. The demerger of the Reliance group is by far the biggest corporate restructure story in the private sector.

Slump sale means the transfer of one or more undertakings as a result of the sale for a lump sum consideration without values being assigned to the individual assets and liabilities in such sales. In a slump sale, a company sells or disposes off whole or substantially the whole of its undertaking for a lump sum pre determined consideration, called the slump price. In a slump sale, an acquiring company may not be interested in buying the whole company, but only one of its division or a running undertaking on a going concern basis. In simple words, slump sale is nothing but transfer of a whole or part of business concern as a going concern; lock, stock and barrel.

An acquisition, also known as a takeover, is the buying of one company (the target) by another. An acquisition may be friendly or hostile. In the former case, the companies cooperate in negotiations; in the latter case, the takeover target is unwilling to be bought or the target's board has no prior knowledge of the offer. Acquisition usually refers to a purchase of a smaller firm by a larger one. The objective is to consolidate and acquire large share of the market.

a)      Friendly or Negotiated Takeover: Friendly takeover means takeover of one company by change in its management & control through negotiations between the existing promoters and prospective invester in a friendly manner. Thus it is also called Negotiated Takeover. This kind of takeover is resorted to further some common objectives of both the parties. Generally, friendly takeover takes place as per the provisions of Section 395 of the Companies Act, 1956.

b)      Bail Out Takeover: Takeover of a financially sick company by a financially rich company as per the provisions of Sick Industrial Companies (Special Provisions) Act, 1985 to bail out the former from losses.

A joint venture (often abbreviated JV) is an entity formed between two or more parties to undertake economic activity together. The parties agree to create a new entity by both contributing equity, and they then share in the revenues, expenses, and control of the enterprise. The venture can be for one specific project only, or a continuing business relationship such as the Sony Ericsson joint venture. This is in contrast to a strategic alliance, which involves no equity stake by the participants, and is a much less rigid arrangement.

An arrangement between two companies who have decided to share resources in a specific project. A strategic alliance is less involved than a joint venture where two companies typically pool resources in creating a separate entity.

Disinvestment can be defined as the action of an organization (or government) selling or liquidating an asset or subsidiary. It is also referred to as divestment or divestiture. It refers to the transfer of the assets/shares/control from the government to the private sector. In general terms Disinvestment(Dis-investment) is simply selling the equity(share) invested by the government in Public Sector Enterprises(PSU).PSUs are enterprises which are either owned completely by the government or whose shares are maximum owned by the government(51% or above).Examples include BHEL,ONGC etc.

Buy Back of Shares

The buying back of outstanding shares (repurchase) by a company in order to reduce the number of shares on the market. Companies will buyback shares either to increase the value of shares still available (reducing supply), or to eliminate any threats by shareholders who may be looking for a controlling stake. A buyback is a method for company to invest in itself since they can't own themselves. Thus, buybacks reduce the number of shares outstanding on the market which increases the proportion of shares the company owns.