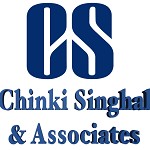 Director’s Report pursuant to section 134 of the Companies Act, 2013 along with Rule 8 of Companies (Accounts) Rules, 2014

1. The Board’s Report shall be prepared based on the stand-alone financial statements of the company and shall report on the highlights of performance of subsidiaries, associates and joint venture companies and their contribution to the overall performance of the company during the period under report.[R8(1)]

5. details in respect of frauds reported by auditors under sub-section (12) of section 143 other than those which are reportable to the Central Government[S.134(3)(ca)]

8. explanations or comments by the Board on every qualification, reservation or adverse remark or disclaimer made (i) by the auditor in his report; and (ii) by the company secretary in practice in his secretarial audit report; [S.134(3)(f)]

15. The report of the Board shall contain the following information and details, namely:-

(A) Conservation of energy-

(i) the efforts made towards technology absorption;

(a) the details of technology imported;

(c) whether the technology been fully absorbed;

(d) if not fully absorbed, areas where absorption has not taken place, and the reasons thereof; and

(iv) the expenditure incurred on Research and Development.

16. a statement indicating development and implementation of a risk management policy for the company including identification therein of elements of risk, if any, which in the opinion of the Board may threaten the existence of the company; [S.134(3)(n)]

17. the details about the policy developed and implemented by the company on corporate social responsibility initiatives taken during the year; [S.134(3)(o)]

18. in case of a listed company and every other public company having a paid-up share capital of twenty five crore rupees or more calculated at the end of the preceding financial year shall include, a statement indicating the manner in which formal annual evaluation has been made by the Board of its own performance and that of its committees and individual directors. [S.134(3)(p) & R8(4)] Also provide following information: [R8(5)]

19. the names of companies which have become or ceased to be its Subsidiaries, joint ventures or associate companies during the year;

21. the details of deposits which are not in compliance with the requirements of Chapter V of the Act;

22. the details of significant and material orders passed by the regulators or courts or tribunals impacting the going concern status and company’s operations in future;

23. the details in respect of adequacy of internal financial controls with reference to the Financial Statements.

24. a disclosure, as to whether maintenance of cost records as specified by the Central Government under sub-section (1) of section 148 of the Companies Act, 2013, is required by the Company and accordingly such accounts and records are made and maintained(Companies (Accounts) Amendment Rules, 2018)

25. a statement that the company has complied with provisions relating to the constitution of Internal Complaints Committee under the Sexual Harassment of Women at Workplace (Prevention, Prohibition and Redressal) Act, 2013 (Companies (Accounts) Amendment Rules, 2018)

Above provisions defined under Rule 8 shall not apply to One Person Company or Small Company.(Companies (Accounts) Amendment Rules, 2018)

Every Listed Company shall disclose in the Board’s Report, the ration of the remuneration of each director to the median employee’s remuneration and such other details as mentioned in Rule 5 of Companies (Appointment and Remuneration) Rules, 2014:- [S97]

(1) The Board’s Report of One Person Company and Small Company shall be prepared based on the stand alone financial statement of the company, which shall be in abridged form and contain the following:-

(a) the web address, if any, where annual return referred to in sub-section (3) of section 92 has been placed;

(b) number of meetings of the Board;

(c) Directors’ Responsibility Statement as referred to in sub-section (5) of section 134;

(d) details in respect of frauds reported by auditors under sub-section (12) of section 143 other than those which are reportable to the Central Government;

(e) explanations or comments by the Board on every qualification, reservation or adverse remark or disclaimer made by the auditor in his report;

(f) the state of the company’s affairs;

(g) the financial summary or highlights;

(h) material changes from the date of closure of the financial year in the nature of business and their effect on the financial position of the company;

(i) the details of directors who were appointed or have resigned during the year;

(j) the details or significant and material orders passed by the regulators or courts or tribunals impacting the going concern status and company’s operations in future.

(2) The Report of the Board shall contain the particulars of contracts or arrangements with related parties referred to in sub-section (1) of section 188 in the Form AOC-2.”

Note: Section 134(3A) inserted by Companies Amendment Act, 2017 that the Central Government may prescribed an abridged Board’s Report for the purpose of Compliance with this section by one person company or small company.

*Note: The Corporate Governance Report, Declaration signed by CEO and Compliance certificate are not applicable to those Listed Companies whose paid up capital is less than Rs. 10 crore and net-worth is less than Rs. 25 crore.

General Points to be included in Director’s Report

Hope the information will assist you in your Professional endeavours. In case of any query/information, please do not hesitate to write back to us at pcschinki@gmail.com.

Everything you need to know about PEO

Applicability of GST on cold storage