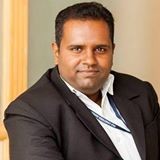 
CONSTRUCTION OF RESIDENTIAL COMPLEX – WHAT THE END CUSTOMERS SHOULD KNOW?

No doubt service tax is considered to be tax of the decade; it has grown from leaps and bounds since its inception in year 1994. Service tax has contributed radically to our economy’s GDP growth. As its scope increased every year and in the span of 16 years it has grown from an infant to a gigantic monster. Construction industry being one of the major service sectors to our economy was wedged in the Tsunami of service tax in the year 2004. Subsequently construction of Residential complex was wedged into the tax net in the year 2005.

Construction of Residential Complex service came into effect from 16th June 2005.  The taxable service was defined as “any service provided or to be provided to any person, by any other person, in relation to construction of complex”.

a)    construction of a new residential complex or part thereof; or

b)    completion and finishing services in relation to residential complex such as glazing, plastering, painting, floor and wall tiling, wall covering and wall papering, wood and metal joinery and carpentry, fencing and railing, construction of swimming pools, acoustic applications or fittings and other similar services; or

c)     repair, alteration, renovation or restoration of, or similar services in relation to, residential complex;

i.      a building or buildings, having more than twelve residential units;

iii.      any one or more of facilities or services such as park, lift, parking space, community hall, common         water supply or effluent treatment system,

located within a premises and the layout of such premises is approved by an authority under any law for the time being in force, but does not include a complex which is constructed by a person directly engaging any other person for designing or planning of the layout, and the construction of such complex is intended for personal use as residence by such person.

Explanation. — For the removal of doubts, it is hereby declared that for the purposes of this clause, —

(a)   “Personal use” includes permitting the complex for use as residence by another person on              rent or without consideration;

(b)     “Residential unit” means a single house or a single apartment intended for use as a place   of    residence;

i.        Any complex of a building or buildings, having more than twelve residential units within the said  premises

ii.        Repair, alteration, renovation of existing building is also subject to tax, however such services provided before the levy of service tax would not be taxable.

From the above it is clear that, when construction of residential complex is having more then twelve dwelling units in a common area, and such premises being approved by an authority in law, would be liable to service tax. Further the said service would also cover post construction finishing service also. Based on the above definition, it is imperative, when residential complex consists of less than or equal to 12 residential units, then the same would not be liable for the purpose of service tax.

However the definition of Residential complex specifically excluded a complex which is constructed by a person directly engaging any other person for designing or planning of the layout, and the construction of such complex is intended for use as residence by such person.

Further an explanation provides, personal use includes permitting complex for use as residence by another person on rent or without consideration.

Eg: ABC Ltd entering into contract with a contractor for construction of Residential complex, for the purpose of letting the same on rent for its employees, therefore the same would get covered under the exclusion list, since the same is used for personal use of ABC Ltd.

The aforesaid explanation created havoc in the industry, bringing a question mark on the levy of service tax itself on Residential complex, when any residential complex is constructed either for self occupancy or even on rent; the same would not attract service tax, thanks to the concept of personal use supported by its explanation. Since the aforesaid exception used the words any person. However the said view requires judicial confirmation on the aspect of personal use.

Subsequently circular 108/02/2009 –ST dated 29.01.2009, further created confusion, since the said circular completely brought in a new aspect which was not present in the aforesaid provision prior to inception of the said circular.

However as per principle of law, circular can’t contradict the provisions of law. However looking into the intension of the circular which was introduced as a relief to overcome recession, and moreover the same was never challenged by the department, as circulars are binding on department and to add to its wounds it is assessee friendly, wherein assessee would take a benefit of the said circular.

In Finance Act 2010, a significant change was made to enlarge the scope of this service. Wherein the concept of deemed service was introduced wherein any payments received from the prospective buyer prior to issue to certificate of completion certificate from the competent authority would be taxable.

However the said amendment was stayed by the high court of Mumbai in case of Maharashtra Chamber of Housing Industry, wherein an interim stay was granted on the grounds of questioning the constitutional validity staying the imposition of service tax on for the said amendment made in Finance Bill 2010, further the judges ruled that “ No coercive steps will be taken against the developers for recovery of service tax in relation to the provisions in question”.

POSSIBLE VIEWS DUE TO STAY GRANTED BY MUMBAI HIGH COURT

Since the question of deemed service is presently stayed by the Honorable High court of Mumbai therefore, the same has opened up the following options to the assessee to be examined.

Allahabad High court in case of Assotech Reality P. Ltd., Vs. State of UP 2007 (007) STR 0129 (All.) in the matter of sales tax had held distinguished with respect to, whether construction done by the builder for and on behalf of the prospective buyers or it is done for themselves which is later transferred as immovable property to the buyer. In the said decision it was held that terms of the agreement plays a vital role and concludes since the construction was not for and on behalf of the prospective buyers, the same cannot be considered as works contract liable for sales tax. In this decision, reference was also made to the decision of Supreme Court rendered in case of K. Raheja Development Corporation v. State of Karnataka 2006 (3) STR 337 (S.C.) and held that in the said decision the terms were such that the construction was done for and on behalf of prospective buyers. The said view of Supreme Court was doubted while deciding L&T Case, and the bench has made reference to review the observation made in K. Raheja Development Corporation.

By considering the above decision it would therefore be relevant to note that the terms of agreements plays a vital role in determining the taxability of transaction. If the agreements are for the purpose of sale of the completed building then the same would be not considered as works contract or service. But the same would be sale, however being immovable property the same would be out from levy of sales tax also.

Further, relying on decision of Honorable Gauhati High Court in case of Magus Construction Pvt. Ltd. and another Vs. UOI 2008 (11) STR 225, wherein it is held that where the activity of construction is not undertaken for or on behalf of another person, instead it is done for one self but after construction the property is transferred even though the agreement is entered into prior to completion of the construction, the same would not be subject matter of service tax.

Further, the above view clarified by the board vide circular 108/2/2009, wherein, a scenario involving a single agreement for sale of future immovable property, there is no question of levy of service tax as the property remains with the developer and hence, in the absence of a service receiver, the developer cannot be said to be rendering taxable service. In fact in such cases the developer is providing the service to himself or consuming services for self. The same aspect is also clarified in circular 108/02/2009 –ST dated 29.01.2009.

The board also gives a similar view in its clarifications vide Ministry’s Letter F No. 332/35/2006 – TRU dt. 1.8.2006, and Circular No. 96/7/2007-ST dated 23.08.2007 by saying, if the developer/builder/promoter acting in the capacity as merely service receiver as far as the relationship between the contractors if any and himself and acting as seller of immovable property as far as the relationship between the buyer of flats/buildings.

Further, right in the property accrues to the owner only on execution of sale deed and not otherwise and the agreement to sell the undivided portion of land is only an agreement and not the actual sale and the paper writer is of the view that sale deed only conveys or transfers the title between the parties, then it can be said that the construction undertaken is of self and various decisions have been rendered by the tribunals which state that there is no levy of service tax in the absence of service provider service receiver relationship. This aspect can be confirmed by vetting, by a legal counsel who specializes in conveyance or drafting of deeds/agreements. Further executing two agreements is for protection of interests between the parties.

Under this model, developer enters into an agreement with the prospective buyer. Wherein the owner of land directly transfers the entire land to society or owner of apartment, wherein such society becomes owners of undivided share of land. After entering into such agreement no separate sale deed is executed between developer and purchaser, therefore as and when builder/developer deploys the material on the land for construction , such material would get transferred in accession to the prospective buyer, (under this kind of agreement immovable property is not transferred, but only material is transferred),therefore the goods would get transferred in accession in course of construction which would be liable to works contract under local VAT laws  i.e. when sale deed is not executed but only agreement to sell undivided portion of land and construction agreement is executed then the property in goods involved in the execution passes to the purchaser through accession, this is a scenario of works contract liable to VAT ( K. Raheja Development Corporation v. State of Karnataka 2006 (3) STR 337 (S.C.))

Practical issues related to the above topic

If a completion certificate is obtained from any of the following authorities, powered under any law it will be treated to be completed.

iii.        Chartered engineer registered with the Institution of Engineers (India); or

iv.        Licensed surveyor of the respective local body of the city or town or village or development or planning authority;

If advances are paid before 1st July 2010, then there is no service tax liability. Such advances are specifically exempted by Notification 36/2010 dot 28/06/2010.However any payment of advance should also not be impacted, since the matter is stayed by Mumbai High Court.

If the Agreement is for construction service only, (without including the value of land) then an abatement of 67% is allowed. For the purpose of calculation of service tax, the taxable value will be treated at 33% of the value of the construction. In this scenario, Notification 1/2006 dated 01-3-2006 will be applicable.

Note: On both the above options no cenvat credit can be taken.

4.            Whether the contractor providing construction service to promoter is covered under    Construction Services?

No. If the condition of Notification No. 1/2006-ST is fulfilled in the relevant project, irrespective of the fact that in other project the CENVAT credit is availed. The same view is taken in the case of SMP Constructions Pvt. Ltd. vs. CCE 2009 (16) STR 763 Tri.-Ahmd

Note: We would bring aspects as to valuation and cenvat credit on Residential complex service in our next edition.