Concept related to rotational and non-rotational directors under co. act, 2013 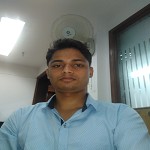 Section 152(6) of the Companies Act, 2013 read with rules Companies (appointment and qualification of directors) Rules, 2014 as amended thereto, if any, deals with the provision related to Rotational and Non-Rotational Directors.

2. For the purpose of this concept, total composition of Board of directors shall not include independent director(s) whether appointed under this act or any other laws for the time being in force;

3. Provision related to Rotational and non-Rotational director shall not apply on:

5. Following directors shall neither be rotational nor non rotational:

Non Rotational directors are those directors whose period of office is not liable to retire by rotation. They are Generally appointed By Articles of Association of the company. they are generally appointed for a fixed term or permanent in nature or otherwise. that is why, they are also known non-retiring /permanent directors.

(a) Unless the AOA provide for the retirement of all directors at every annual general meeting, not less than two-thirds of the total number of directors of a public company shall—

(b) The remaining directors in the case of any such company shall, in default of, and subject to any regulations in the articles of the company, also be appointed by the company in general meeting.

(d) The directors to retire by rotation at every annual general meeting shall be those who have been longest in office since their last appointment, but as between persons who became directors on the same day, those who are to retire shall, in default of and subject to any agreement among themselves, be determined by lot.

(e) At the annual general meeting at which a director retires as aforesaid, the company may fill up the vacancy by appointing the retiring director or some other person thereto.

Following director shall not be  rotational director in any case:

Subject to provision of this ACT, MOA and AOA, the power of governing of the affairs of the company in the hand of Board of Directors, and relationship of the Board with the shareholders is more of federation than one of sub-ordinate and superior. some power are exclusively reserved for the Board  and some power reserve for members to be exercise in the General Meeting.

Hence section 152(6) of this Act, provides an opportunity to the General Body of Shareholders or majority of them to Remove the directors in General Meeting whose action they do not approve or like. they get a chance every year to refuse to re-elect.