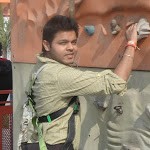 Compensation to the States


One of the main hurdles which kept the GST Constitutional Amendment Bill pending for long was the demand for guaranteed compensation to the States for the losses which may arise from the transition to GST in the first five years of the GST roll out. The Central Government accepted this demand and amended the Constitutional Amendment Bill to provide that the Parliament shall compensate the States, by law, for the loss of revenue arising on account of implementation of GST for a period of five years. The Bill was passed subsequently paving the way for much awaited tax reform.

Pursuant to above, the government has released the draft Compensation Bill along with the revised draft GST Laws (comprising of the draft Central/State GST Act and the Integrated GST Act) in the public domain on November 26, 2016.

The sole objective of providing compensation to the States is to safeguard their interest from the losses that may arise on account of implementation of GST. However, there may be other factors which may lead to reduction in revenue of the State government. To illustrate, the recent demonetization process, the impact of which is uncertain, may also result in reduction in the revenue of the States during the next financial year. Strictly speaking, compensation should not be paid for the losses attributable to the reasons other than implementation of GST.

But the provisions provided in the Compensation Bill do not appear to make such distinction. Computation mechanism provided in the Compensation Bill proposes to determine the compensation amount taking into account the actual revenue collected by a State, without considering the fact that whether the shortfall in the revenue of the State is because of the implementation of GST or not. Manner in which the computation mechanism proposes to determine the compensation amount exhibits that the State governments will be compensated even for the losses which may arise for the reasons other than implementation of GST (such as demonetization), burden of which will be ultimately on the consumers.

Of course, the reverse is also true namely if there is extra buoyancy on account of other reasons. Even in such cases there will be no compensation in the proposed mechanism. This may be a case of the Centre over or under compensating the States where there are other prominent reasons leading to lower or higher buoyancy in revenue. To this extent the provisions may not entirely be in consonance with the Constitutional Amendment and hence may deserve a relook.


Category GST, Other Articles by - Nitish