Comparison of CARO reporting as per Companies Act, 2013 and Proposed Caro (2016)


Comparison of CARO reporting as per Companies Act, 2013 and Proposed Caro (2016)

The Ministry had set-up a Committee on 16th September, 2015 to examine and recommend matter for inclusion in the statement to be attached with Auditor’s Report under Section 143(11) of the Companies Act, 2013 for the financial year 2015-16 onwards. The said Committee has since made recommendations in the matter.

I. Applicability: It shall apply to every company including a foreign company as defined in clause (42) of section 2 of the Companies Act, 2013 (18 of 2013) [hereinafter referred to as the Companies Act], Except CARO not applicable on below mentioned Companies

• Not being a subsidiary or holding of a public company,
• having a paid up capital and reserves and surplus not more than rupees one crore as at the balance sheet date and
• which does not have total borrowings exceeding rupees one crore from any bank or financial institution at any point of time during the financial year and
• which does not have a total revenue as defined in Scheduled III to the Companies Act, 2013 (including revenue from discontinuing operations) exceeding rupees ten crore during the financial year as per the financial statements. 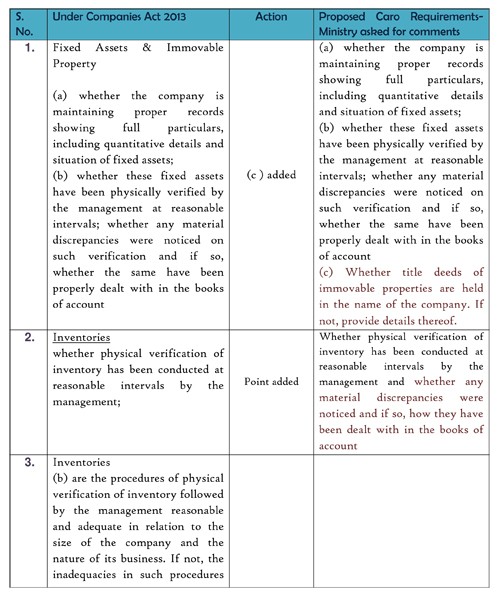 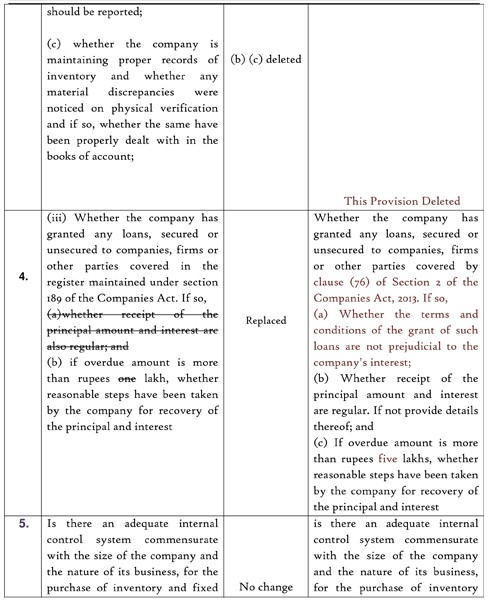