Changes in Return filing system since the inception of GST 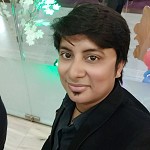 
Today Era most popular Topic Goods & Service Tax. GST is a significant Indirect Tax reform in the country. GST is a combination of 27 Indirect taxes levied at central and state level into a single Tax i.e. GST .Major Impact of GST  are mitigation of Double Taxation , Elimination of cascading effect &  Establishing Chain for credit Flow.

Lets talk about the History of GST, from where the concept of GST is originated. The idea of adopting GST was first suggested by the Atal Bihari Vajpayee Government in 2000.After that Different Government suggested different deadlines for implementation of GST but none of the Government was able to match the Deadline. ON September 2016 the Honorable President of India gives his consent for the Constitution Amendment Bill to become an Act. The GST Council also finalized on the GST rates and GST rules. The Government declares that the GST Bill will be applicable from 1 July 2017.

Return filling process in earlier Regime was not so easy specially the invoice matching concept was like a nightmare for the Assessee. Earlier if an Assessee   was dealing in goods or involved in Manufacturing activity  as well as he is also engaged in service sector also, then he have to take 3 Registration under 3 Different Act. For Manufacturing activity under Excise Law , for trading of Goods under VAT & for providing Services under Service Tax Law. Previously Assessee have to comply with the compliance under 3 different Act  & Simultaneously he also have to file 3 different Return periodically.GST is a cure for this practical problem, Under GST regime all these activities are subsumed   under Single word Supply. Assessee will have to only file single return for all Activities covered under GST.

One of the most Important feature of the GST is matching Concept like in Income Tax If TDS is deducted of an Person then it is Reflected in the 26AS of the Assessee. Same concept is adopted in GST. Suppose A sell Goods to B. A will show its sale details in its Return GSTR 1, after uploading details by A it will be reflected on the Portal of B as its Purchase under GSTR 2A.In this Regime none of the Assessee can hide the details of sale or Purchase made by it Because the detail is auto Populated on the portal .

An Assessee have to file 37 Returns in a year under GST,3 return per month and 1 annual Return. Don't get Impatient by reading the No 37 he is only required to file 1 return monthly i.e. GSTR 1 & remaining 2 return that are GSTR 2 &3 are  auto populated .

There are different Return to be filed by different Assessee depending upon the status of the Assessee.