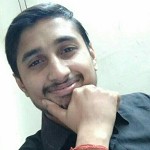 As per the Companies (Amendment and Qualification of Directors) Third Amendment Rules, 2019 those who have already filed DIR-3 KYC, would only be required to complete their Web-Based KYC, which will be pre-filled with data, based on the records present in the registry of the government, for ease of verification by such persons concerned.

Question: While Filling the E Form DIR-3KYC, it comes to the notice that Particulars in Name of Director or Fathers name is Different from PAN Database:

Question: What about if Changes have taken place after filling Form DIR-3 KYC?

Answer: In such a case we shall need to file Form DIR-6 to MCA Portal.

So only filling of E Form DIR-3 KYC is sufficient in itself.